Continuity of Agenda: Destroying Syria Since 1983

Syria’s current conflict, beginning in 2011, was the culmination of decades of effort by the United States to subvert and overthrow the government in Damascus. From training 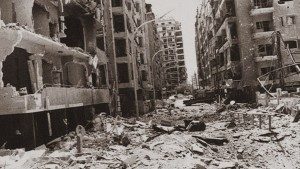 leaders of opposition fronts years before “spontaneous” protests erupted across Syria, to covertly building a multinational mercenary force to both trigger and leverage violence thereafter, the United States engineered, executed, and perpetuated virtually every aspect of Syria’s destructive conflict.

Enlisting or coercing aid from regional allies, including Saudi Arabia, Qatar, the United Arab Emirates, Turkey, Jordan, and Israel, Syria found itself surrounded at its borders and buried within them by chaos.

But recently revealed CIA documents drawn from the US National Archives portrays recent efforts to undermine and overthrow the Syrian government and the Syrian conflict’s relationship with neighboring Lebanon and its ally Iran as merely the most recent leg in a decades-long campaign to destabilize and overturn regional governments obstructing US interests.

Syria at present has a hammerlock on US interests both in Lebanon and in the Gulf — through closure of Iraq’s pipeline thereby threatening Iraqi internationalization of the [Iran-Iraq] war. The US should consider sharply escalating the pressures against Assad [Sr.] through covertly orchestrating simultaneous military threats against Syria from three border states hostile to Syria: Iraq, Israel and Turkey.

If Israel were to increase tensions against Syria simultaneously with an Iraqi initiative, the pressures on Assad would escalate rapidly. A Turkish move would psychologically press him further.

The document exposes, both then and now, the amount of influence the US exerts across the Middle East and North Africa. It also undermines the perceived agency of states including Israel and NATO-member Turkey, revealing their subordination to US interests and that actions taken by these states are often done on behalf of Wall Street and Washington rather than on behalf of their own national interests.

Also mentioned in the document are a variety of manufactured pretexts listed to justify a unilateral military strike on northern Syria by Turkey. The document explains:

Turkey has considered undertaking a unilateral military strike against terrorist camps in northern Syria and would not hesitate from using menacing diplomatic language against Syria on these issues.

Comparing this signed and dated 1983 US CIA document to more recent US policy papers reveals a very overt continuity of agenda.

Some voices in Washington and Jerusalem are exploring whether Israel could contribute to coercing Syrian elites to remove Assad.

The report continues by explaining:

Israel could posture forces on or near the Golan Heights and, in so doing, might divert regime forces from suppressing the opposition. This posture may conjure fears in the Assad regime of a multi-front war, particularly if Turkey is willing to do the same on its border and if the Syrian opposition is being fed a steady diet of arms and training. Such a mobilization could perhaps persuade Syria’s military leadership to oust Assad in order to preserve itself.

Just as the CIA sought to covertly apply pressure on Syria via Iraq, Israel, and Turkey in 1983, it seeks to do so today. Instead of to simply reopen a pipeline perceived as vital to the Iraqi war effort vis-a-vis Iran in the 1980s, the goal now is regime change altogether.

It should be noted that, in addition to the 1983 CIA document, US support for violent subversion in Syria during the 1980-1988 Iran-Iraq War also included the 1982 Muslim Brotherhood uprising and its subsequent defeat by Syrian forces within Syria – an almost verbatim analogue to the 2011 unrest that led to the current Syrian conflict – also organized and carried out by US-backed elements of the Muslim Brotherhood.

A concerted, continuous conspiracy to manipulate events across the Middle East and North Africa and project American hegemony throughout the region spanning now seven US presidencies is perhaps the most telling evidence that deeply rooted special interests – a deep state – not America’s elected representatives, crafts and executes US policy at home and abroad.

Power is Held by Unelected Special Interests, Not Elected Representatives

The notion that the recently elected US president, Donald Trump, can, is willing to, or is able to suddenly oppose the immense corporate-financier interests driving a concerted conspiracy spanning three decades lacks any basis in fact. In reality, those who President Trump surrounded himself with both during his campaign for the presidency and upon assembling his cabinet are among the very conspirators behind this decades-long agenda.

For those who find themselves targets of US subversion and aggression, both overt and covert, understanding the deep state and the corporate-financier interests that comprise it driving these agendas is essential. Devising a means to expose, isolate, and otherwise disrupt the unwarranted power and influence they wield – rather than dealing with their political proxies in Washington – is the only way to balance the currently lopsided equation of global power.

For the American people and citizens of nations beholden to American interests, understanding that change will only come when the corporate-financier interests that constitute the deep state are confronted and decentralized, and not through elections involving proxies wholly beholden to the deep state, will be the first step toward taking back national institutions and resources hijacked by these special interests.

Tony Cartalucci is a Bangkok-based geopolitical researcher and writer; this article was especially written for “New Eastern Outlook”. 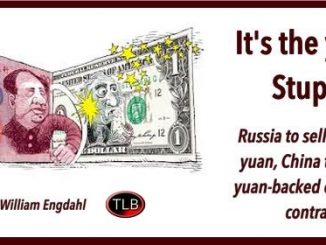 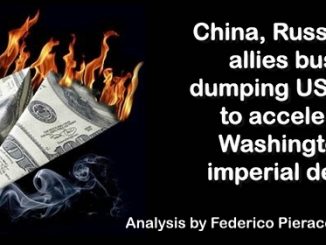 Challenging the Dollar: China & Russia’s Plan from Petroyuan to Gold