ER Editor: We remind readers that Israelis, since last December (2020), have been used by their government as lab subjects for the Pfizer vaccine. And the CEO of Pfizer has basically said as much.

“The accumulation of cases did not fit. It was not what we would expect to see in a normal year.”

Israeli researchers this week pointed to a link between the Pfizer Covid-19 vaccine and a “rare autoimmune disease.”

The researchers, associated with the Department of Hematology at the Shamir Medical Center, found an increased incidence of acquired Thrombotic Thrombocytopenic Purpura (aTTP) in Israel over a one-month period, and noted that the cases appeared in those who had received the Pfizer vaccine up to a month before.

Researcher Dorit Blickstein explained to Channel 13 that TTP is “a disease which, in its classic form, is deadly – 90% of those sick would die. Today, with the help of new treatments, which […] must be administered as quickly as possible, most patients recover.”

She said the researchers investigated a possible connection to the vaccine after seeing an increased concentration of cases of aTTP in Israel. They had noticed 4 cases in a month, while there are typically 2-3 cases a year.

“In Israel, there are two or three cases a year in any hospital. In March, we started to receive too many cases, and so we asked why.

“We essentially finished the yearly amount in one month, and that’s not logical. So we started to ask what all the patients had in common. And it turned out that all of them had received the coronavirus vaccine that is accepted and exists in Israel within a timetable of 5 to 28 days.”

“This caused us to suspect there was an association, some sort of connection, between this super-rare disease and the vaccine.”

She noted that most patients with the disease are young and that, in their study as well, the ages ranged between 28 and 45. Half were men, half women.

“In any event, it arouses attention, because the accumulation, the concentration did not fit. It is not what we expect to see in a normal year.”

Blickstein added that “with the help of the serological tests,” the researchers knew that “the patients were not patients sick with coronavirus, but rather patients who received the vaccine.”

She said there must be a red flag for “healthy people who received the vaccine and start to develop phenomena like a tendency to internal bleeding or, Heaven forbid, headaches, dizziness, loss of words, chest pressure or stomach aches,” in which case they should “call for medical assistance immediately.”

“It could be that they are not regular vaccine phenomena, but an expression of a rare disease.”

Blickstein finally noted that the incidence is “not only in Israel. There is, at the moment, a report of an identical response to the same vaccine in Belgium and Italy.”

The US National Library of Medicine defines TTP as “a rare disorder that causes blood clots (thrombi) to form in small blood vessels throughout the body. These clots can cause serious medical problems if they block vessels and restrict blood flow to organs such as the brain, kidneys, and heart.”

A report released by the Health Ministry at the beginning of June concluded that hundreds of cases of heart muscle inflammation (myocarditis) were probably caused by the coronavirus vaccine administered as part of Israel’s mass vaccination campaign.

EU’s Aviation Deal with Israel ‘The Pinnacle of Hypocrisy’ 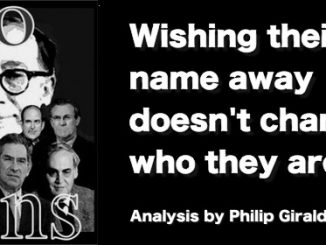 Neocons as a Figment of the Imagination 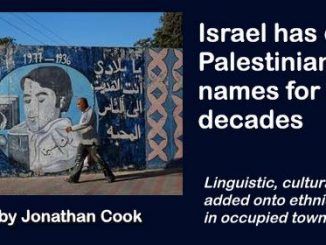 Where streets have no name: Israel leaves Palestinians in postal ‘dark age’