Note the extremist, counter-to-fact positions being expressed by Northern Territory state premier Michael Gunner, the police commissioner and the chief health officer in the report from Adelaide Now. It beggars belief.

Northern Territory announces mandatory vaccines for workers and $5,000 fines for those who don’t comply

One Australian jurisdiction has announced one of the strictest vaccine mandates in the world with certain people facing huge fines.

Essential workers in the Northern Territory will be subject to one of the strictest Covid-19 vaccination mandates in the world to begin in just a month.

Chief Minister Michael Gunner said employees who interacted with the public needed to get at least one Covid-19 jab by November 13 or they wouldn’t be allowed back to work and faced a $5,000 fine.

The new directions apply to:

The direction also includes a provision that mandates booster shots for those workers in the future.

Employers will be allowed to request proof of vaccination of staff and will be required to keep a register of the vaccination status of all employees.

Some exemptions will be available to those who have legitimate reasons not to be vaccinated. It must be supported by medical evidence.

“If your job includes interacting with members of the public, then you need to get the jab,” Mr Gunner said. 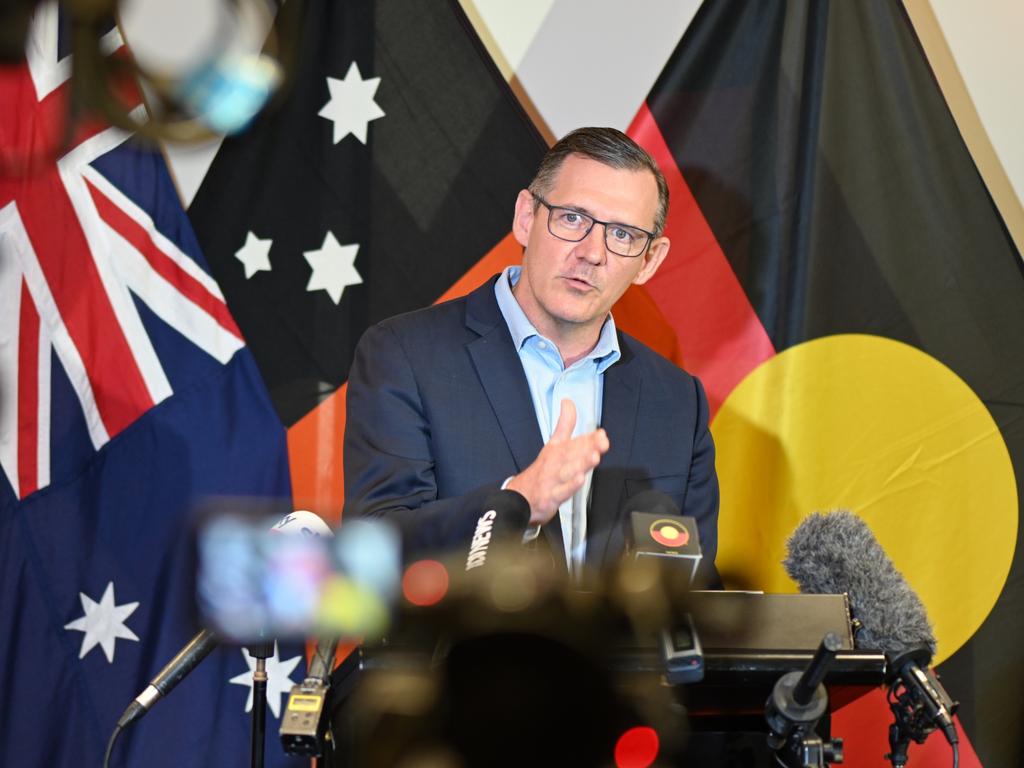 “That is the deadline to keep working in these jobs,” he said.

While the chief minister said the overall vaccination numbers were “pretty good,” he pointed out there were some “worryingly low rates” in remote communities.

He said he was doing everything possible to get everyone vaccinated.

“You know I am passionate, sometimes aggressively passionate about the importance of the vaccine and I want as many people as possible to be vaccinated,” he said.

“At the end of the day with all the best information, with all the goodwill, with all the repeated attempts, there are some people and some communities who have said no to the jab and could keep saying no.

“At some stage, Covid will get in. Complacency terrifies me (as well as) the idea that we will just stay at Covid-zero. It will come in. There is an invisible clock ticking on this.”

“We’ve alerted everyone to a 30-day notice period to try and get their house in order,” he said.

New Zealand announced late Monday that it would join the growing list of developed nations forcing workers – or at least certain workers – to choose: either accept the jab, or lose your job.

One week after Canada adopted mandatory vaccination rules for federal workers and travelers, New Zealand has announced its own vaccine mandates for most teachers and health care workers.

Per NZ’s Liberal-led government, doctors, nurses and other health-care workers must be fully vaxxed by Dec. 1, while everyone working in education who has contact with students must be vaccinated by Jan. 1.

“We can’t leave anything to chance so that’s why we are making it mandatory,” said COVID Response Minister Chris Hipkins, who is also the country’s education minister.

“Vaccination remains our strongest and most effective tool to protect against infection and disease,” Hipkins said.

New Zealand briefly enjoyed COVID-free status after the initial global outbreak, but the country’s “drawbridge” strategy was unable to keep out the delta variant, imposing a lockdown in Auckland, the country’s largest city after confirming just a single case. As cases spread despite the tightening restrictions, the government was forced to finally abandon its “COVIDZero” strategy.

As kiwis confront the new system, the Guardian is reporting that New Zealand’s epidemiology “experts” were taken by surprise when Ardern abandoned “COVIDZero”. They said they weren’t consulted about the government’s new system, which will lessen restrictions in three stages.

“We were obviously surprised on Monday last week when the government seemed to say that we were moving away from elimination,” said prof Michael Baker, one of the country’s most prominent pandemic communicators and a member of the ministry’s Covid-19 Technical Advisory group. “A decision of that size – changing your major strategy – you’d think you would consult with [the] quite small batch of scientists and other advisers who work very hard to support the government … explaining things to the public.”

“That was very unusual. I think the government’s done a great job generally with consultation and getting us all to at least understand the rationale for change.”

Others insisted that the only way out for the country is full vaccination.

Now, keep in mind, New Zealand has confirmed fewer than 5K cases and fewer than 30 deaths.