ER Editor: We issue an MSM warning for the Zerohedge piece below, which relies on German MSM source Deutsche Welle. (Well, this means that the MSM are at least picking up the story, unlike its radio silence previously.) Therefore, the story gets written from Lula’s standpoint, which avoids discussing the legitimacy of alleged election fraud at the last round of elections.

We’re opening with the beginning of an article by Gateway Pundit, which is acutely aware of the issue of election fraud and that a large chunk of the Brazilian population are both aware and angry about this. They’ve been protesting for weeks, encouraging the military to take action.

Has Bolsonaro Conceded the Brazilian Elections?

Translation: The electoral fraud of the left is the core of the problem. In Peru, in Colombia, in Brazil…

This summary has validity according to what we’ve read and published:

They literally put a convicted criminal in charge of the Brazil. The whole process has been unconstitutional. The Brasil Supreme Court is running roughshod over the country. https://t.co/NMMITWYX0Y

Translation: A woman in Brazil claims that there were infiltrators in the protests causing fires and destruction. Some Bolsonaro supporters tried to stop them without success.

The tone of this unsympathetic tweet and the actions we see strongly suggest some sort of playbook is being copied to incriminate people:

Translation: Calling the government a squatter, delegitimizing it, denying electoral victories, are all paths that lead to having ultras assaulting democratic institutions. Yesterday it was the United States, today it is Brazil, tomorrow it could be anyone.

We cannot vouch for this story at Real Raw News, but we highly recommend checking it out:

Massive crowd of Brazilians have descended on the capital of Brasilia to protest the stolen elections and are currently storming the National Congress. Police are using tear gas, Gunfire has been reported.

Reports put the number of protestors in the capital in the millions.

The brazilian have been protesting for 68 days now. And the supr br court just mocked us. Now people had enough. The brazilian congress is being invaded. People are not going to take a criminal in charge and clear rigged elections #BrazilianSpring pic.twitter.com/7S4jY85bTA

Protestors have broken through the barriers around the National Congress and are storming the building:

Gunfire or explosions can be heard on some. It was not clear if it was live ammo being fired, or tear gas and rubber bullets.

9 hours ago (early hours of the morning in Brazil, January 9):

Translation: Evacuation continues in Brasilia, authorities have regained control of places of power. At least 170 people have been arrested so far #Bresil #Brasil #Bolsonaro

Update (1633ET): President Lula has declared a ‘federal intervention’ until January 31 in response to the protest, while police could be seen arresting dozens of people.

NOW: Mass arrests of pro-Bolsonaro protesters at the presidential palace.pic.twitter.com/zFTD8m9jka

More via The Brazilian Report:

A mob of Bolsonaro supporters brutally attack a mounted police officer in Brasíliapic.twitter.com/2JTQATFr2G

What appears to be thousands of supporters of former Brazilian President Jair Bolsonaro stormed the National Congress building in Brasilia on Sunday, as well as the Presidential Palace and the nation’s top court, according to news agency LUSA.

The protesters are calling for military intervention to overthrow President Luiz Inacio Lula da Silva, who was inaugurated last week.

Since the October 30 elections, in which Lula defeated Bolsonaro, hundreds of people have been camped in front of the Army Headquarters in Brasília.

Footage shared on social media showed hundreds of people pouring into the building. The protesters were met with police tear gas.

A Brasília-based reporter shared a video on Twitter purportedly showing the protesters storm the building. –DW

“Everyone knows that the ex-president stimulated this,” said Lula. “He stimulated the invasions of the three branches of government. This is his responsibility and the responsibility of the parties that support him. We are going to investigate profoundly and quickly.”

According to LUSA, the group, wearing yellow and green T-shirts and Brazilian flags, crossed police barriers and climbed the ramp which allows access to the roof of the Chamber of Deputies and Senate buildings.

Bolsonaristas tear off the coat of arms of the Supreme Court. pic.twitter.com/zKvNtETNks

And a live feed:

Has anyone seen this guy? 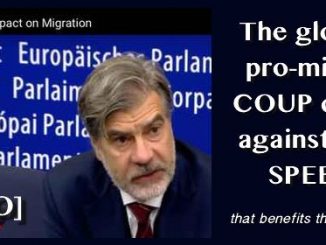 In Europe “Criticism Of Migration” Set To Become A Criminal Offence 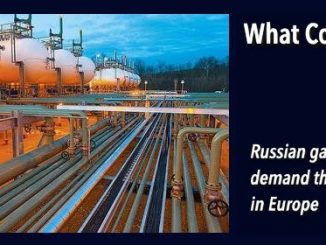