Authored by Tsvetana Paraskova via OilPrice.com,

The West-Russia relations have reached a new low since the Cold War amid the spy poisoning scandal in the UK, allegations of Russian meddling in elections, and fresh U.S. sanctions on Russia.

Yet European countries continue to buy increased amounts of Russian gas, and Russia’s state-held gas giant Gazprom is boosting production and exports, and is obtaining approvals in individual countries for its Nord Stream 2 gas pipeline that has divided the EU over fears of a tightening Russian grip on gas supplies. 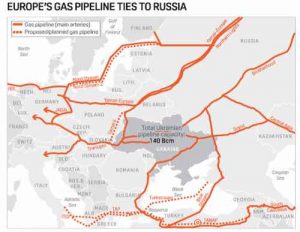 In recent months and weeks, Gazprom has taken advantage of high demand in Europe and of decreased gas supplies to Europe from Russia’s competitors, Maxim Rubchenko writes for Russian news agency RIA Novosti.

Russia – which already supplies around one-third of Europe’s gas – boosted deliveries in the winter, one of the coldest winters in Europe in the past decade, and continues to ship higher volumes even after the winter, as gas importing countries replenish gas storage supplies that had been drained amid the cold snaps.

Alexander Medvedev, Deputy Chairman of Gazprom’s Management Committee, said at the end of April that the Russian company was currently shipping as much gas to Europe as it typically does in winter months, and expects demand this summer to be close to winter levels.

Gazprom gas deliveries to Europe reached an all-time high in March, beating a previous record from January 2017, the Russian company says. In the first quarter of this year, Gazprom’s gas supply to Europe increased by 6.6 percent compared to the same quarter last year. Gazprom’s gas deliveries to European countries continued to grow in April, even after the winter heating season ended.

Demand in Europe has stayed high after the winter ended. First, because gas storage levels were low, and second—because some of the other traditional gas-supplying countries have decreased supplies over issues or maintenance at facilities.

Norway, Russia’s closest competitor, had to cope with an unplanned outage at the Skarv gas field and Kollsnes processing plant in April. Flows to Europe were reduced after a compressor at the Skarv field in the Norwegian Sea failed.

In the south, Libyan gas flow from the Greenstream pipeline to Italy was stopped on April 2 due to maintenance to integrate gas from a new phase of development at the offshore gas field Bahr Essalam.The maintenance was initially expected to be completed in two weeks, on April 18, but the resumption of gas supplies has been postponed several times, so Italy received no gas from Greenstream for the whole month of April.

Total African pipeline exports to Europe dropped in the last week of April on a continued Libyan outage and reduced Algerian gas deliveries.

While Gazprom is boosting supplies to Europe even after the winter, it has received permits from Germany to build the Nord Stream 2 pipeline and a first permit for the project in Finland. Gazprom has also completed the deepwater pipelay for Line 1 of the TurkStream offshore gas pipeline planned to connect Russia to Turkey across the Black Sea.

Meanwhile, Gazprom’s seven-year-old dispute with the EU on antitrust issues may soon be coming to an end. According to Bloomberg sources, the EU could announce as early as in May a settlement with the Russian company under which Gazprom could agree to binding pledges to allay antitrust concerns, which could put an end to the antitrust investigation that started in 2011. 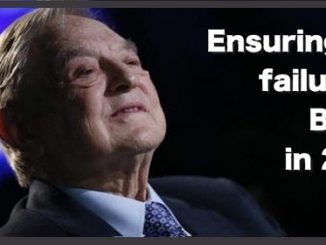 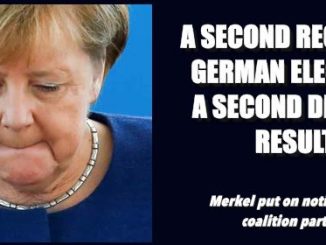 “The State Of The Government Is Unacceptable”: German SPD Leader Gives Merkel An Ultimatum After Devastating Loss