Spain: A Care Worker’s Dismissal for refusing to have a Covid Injection Is Overturned in Court

RHODA WILSON for THE EXPOSE

The Social Court of Bilbao has declared “void” the dismissal of a worker from a care centre for dependent people in Bizkaia for refusing to receive the Covid-19 injection, El Mundo reported on Wednesday, 3 November. The Court referred to the doctrine of the Constitutional Court on invasive medical treatments, rejecting the obligation to subject people to a specific medical treatment.

The plaintiff worked in a care centre with more than 40 employees of which three refused to receive the Covid injection.  One of the three employees who refused to take the injection had a temporary contract that had been renewed up to four times and that, after refusing to be injected, was not renewed.  The second employee ended up being injected and the third, who was the plaintiff in the case, was fired for disciplinary reasons, and appealed her dismissal in the courts.

The company fired the employee claiming that there had been an incident with one of the dependents treated at the centre but it was a minor incident that did not qualify for or justify a dismissal. The Court concluded that the dismissal for disciplinary reasons was a façade and the true reason for dismissal was to terminate the contract because the employee had not been injected.

The court ruling indicates that if the worker had been “vaccinated” in order to avoid her dismissal, it would have entailed an injury to her right to physical integrity, since it would have been against her will. Therefore, the judge declared the dismissal void and ordered the company to pay a fine of EUR600 but rejected the care worker’s claim of EUR50,000 compensation, taking into account the social reality of the moment in which the rules have to be applied.

In Spain, social courts are courts related to labour law.  The Constitutional Court is at the same level as the Supreme Court but it is an independent court which only considers constitutional matters, cases in which it is alleged violation of constitutional rights and disputes between the State and Autonomous Communities.

In July 2021, the Spanish Constitutional Court ruled the coronavirus lockdown imposed by the Spanish government was unconstitutional.  In August, the Supreme Court upheld the ruling of the High Court of Castilla-La Mancha and denied mandatory Covid tests for nursing home workers. 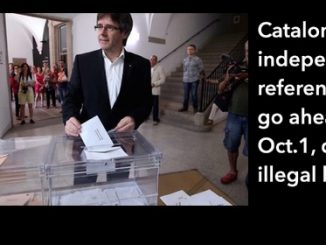 7 Die at Spanish Care Home After 1st Dose Of Pfizer