The unthinkable is happening for the second time in five months: Russian gas giant Gazprom writes to German gas companies announcing force majeure effective from June 14, exonerating it from any compensation for shortfalls since then.

The first time shock and awe appeared in German-Russian relations this year was on February 22 when Chancellor Olaf Scholz surprised even hardened political observers by freezing approval process for the newly-constructed Nord Stream 2 gas pipeline (ER: Which had been completed and awaiting certification from around October 2021. The German side declared it wouldn’t even think of approving certification until January, so what was being planned back then?). The $11 billion pipeline beneath the Baltic Sea would have doubled the volume of gas sent directly from Russia to Germany, but Scholz instead blocked its commissioning. Those were halcyon days when Berlin talked of “defeating” Russia.

Scholz’s move was in reaction to Moscow’s decision on February 21 to recognise two breakaway regions of Ukraine as independent republics. Russia hawks in Germany applauded his decision. Acclaim came pouring in. Jana Puglierin, head of the European Council on Foreign Relations in Berlin, praised Scholz, saying he was “raising the bar for all other EU countries… this is real leadership at a crucial moment.”

However, in Moscow, which has a thorough understanding of the German energy market, Scholz’s move was seen as an act of deliberate self-harm. Moscow reacted with a flash of sardonic humour. Dmitry Medvedev, former president and deputy head of Russia’s Security Council, tweeted, “Welcome to the brave new world where Europeans will soon be paying €2,000 per 1,000 cubic meters of gas!”

He was alluding to the grim reality that gas accounted for a quarter of Germany’s energy mix, and more than half of it came from Russia. Indeed, it was plain to see that Germany’s reliance on gas could only rise having decided to shelve nuclear power in the aftermath of the 2011 Fukushima disaster in Japan and committed to phasing out coal-fired power by 2030.

But Scholz insisted that Germany would expand solar and wind power capacity “so we can produce steel, cement and chemicals without using fossil fuels.” His confidence actually stemmed from the fact that Germany had a long-term contract with Russia to supply gas at a friendly price via Nord Stream 1.

The first indication that something was going horribly wrong was when the influential Russian daily Izvestia wrote on July 11 quoting industry experts in Moscow that the scheduled routine stoppage of NS1 for annual servicing and repairs from July 11-21 might continue due to Canada holding back, under sanctions against Russia, the turbine that had gone for repair.

Acting on an urgent request from Berlin and recommendation for Washington for waiver of sanctions, Canada since agreed, but, according to Izvestia, even after Siemens returns the turbines to Gazprom,

“there will be a long period of testing the turbines to find out how correctly they were repaired. No one wants to install turbines that are at risk of failure after being repaired in an unfriendly country. So the real time for launching turbines and returning SP-1 (NS1) to its design capacity is two to three months.”

That is, gas may flow through NS1 earliest only by September/October. Even then, Gazprom may not be able to utilise more than 60 percent of its capacity, since overhauls are overdue for two more turbines.

Therefore, the experts told Izvestia that problems with gas shortages in the European Union would persist for the next few winters and authorities may have to “limit the supply of hot water, dim street lights, close swimming pools and turn off energy-consuming equipment” and, furthermore, instead of green energy, switch to coal.

Kommersant newspaper reported today that while classic force majeure events could be natural disasters, fires, etc., in the case of Gazprom, “we are talking about a technical malfunction of equipment,” which may lead to litigation — and, “what will be decisive will be whether Gazprom’s actions to cut gas supplies were proportionate to the real scale of the technical problems.”

Evidently, Gazprom is well-prepared. Germans suspect that Gazprom’s alibi of non-delivery of gas turbines from Canada, et al, is bogus. And Kommersant foresees a “lengthy trial.” Now, the catch is, in the long run, we are all dead.

For Germany, however, this is a grave situation, as many industries may have to shut down, and there could be serious social unrest. Germans are convinced that Moscow is resorting to the “nuclear option.” The big question is whether Germany’s solidarity with Ukraine will survive a cold winter.

Scholz’s confidence was predicated on the belief that Russia desperately needed the income from gas exports. (ER: how do professionals like Scholz et al reason so wrongly??) But then, Moscow is today generating more income from less exports. Arguably, Russia’s best strategy today would be to reduce gas deliveries without ending them altogether, as even if Russia sells only a third of the gas it sold previously, its revenues do not get affected since the shortage of LNG globally has exponentially spiked the market price. It’s a fair bet that’s what Gazprom would do.

Putin once disclosed that under the long-term contracts, Russia sold gas to Germany at ridiculously low price — $280 per thousand cubic meters — and Germany was even reselling Russian gas to other customers for a tidy profit!

Where it hurts Germany most is that this is not only about freezing homes, but the implosion of its entire economic model that is over-reliant on industrial exports, thanks to imports of cheap fossil fuels from Russia. German industry is responsible for 36 percent of its gas use.

Germany behaved in an unprincipled way on all aspects of the Ukraine crisis. It pretended to support Zelensky but shied away from giving military support, triggering a nasty diplomatic spat between Kiev and Berlin. On the other hand, when Moscow introduced the new payment scheme for gas exports, making it mandatory to pay in rubles, Germany was the first country to fall in line, knowing well that the new regime undercut EU sanctions.

Thus, Moscow insists that German gas buyers keep euro and dollar accounts at Gazprombank (which is not subject to EU sanctions) and convert the currencies into rubles, since the Russian central bank is subject to western sanctions and can no longer transact in foreign exchange markets!

Both Boeing and Airbus have complained of risks in their supply chain. Airbus imports large quantities of titanium where about 65 percent of the supply of the metal comes from Russia. It has publicly requested the EU not to impose restrictions on the material, which is used to manufacture critical components of aircraft.

Thus, it comes as no surprise that the EU is slowing down the pace of sanctions against Russia. The bureaucrats in Brussels have exhausted the potential for increasing sanctions, and the political elites admit that the sanctions were a mistake.

The consequences for European economies are already extremely serious. The rising energy prices are fuelling inflation in all EU countries. According to forecasts, in France inflation will reach 7% this year; in Germany – 8.5-9%; and in Italy – 10%. And this is just the beginning. Most countries will also face a serious drop in GDP next year — from 2 to 4 percent. 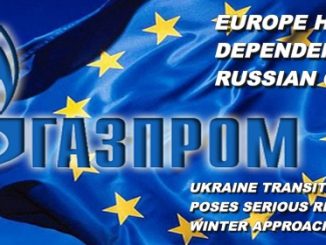