Russia Is Taking Over Syria’s Oil And Gas

Submitted by Viktor Katona of OilPrice

In accordance with an energy cooperation framework agreement signed in late January, Russia will have exclusive rights to produce oil and gas in Syria.

The agreement goes significantly beyond that, stipulating the modalities of the rehabilitation of damaged rigs and infrastructure, energy advisory support, and training a new generation of Syrian oilmen. Still, the main international aspect and the key piece of this move is the final and unconditional consolidation of Russian interests in the Middle East.

As for gas, the production decline proved to be lower (it fell from 8 BCm/year to 3.5 BCm/year) due to its greater significance within the domestic economy. 90 percent of the gas produced in Syria was used for electricity production (as opposed to oil, which was either refined domestically or exported), and in view of this, the government took extra care to retake gas fields first as the prospects of reconquest became viable enough.

It’s an understatement to say that whoever takes over Syria’s energy sector will receive a desolate ruin. The country’s refineries need thorough reconstruction after their throughput capacity has halved from the pre-war level of 250,000 barrels per day. This task will most likely be carried out by Iranian companies, in accordance with agreements signed in September last year, which also involved the reconstruction of Syria’s damaged power grid. However, it remains unclear whether this project will go through, as Tehran counted upon an Iran-Venezuela-Syria consortium, which is all but feasible now against the background of Venezuela disintegrating; a new solution ought to be found. In any case, Tehran already got what it wanted in Syria as Iran’s Revolutionary Guard already secured the telecommunications sector.

Russia isn’t the only country that could have helped Syria to rebuild its oil and gas sector — as stated above, Iran could also lend a hand. However, Iran lacks the funds to invest heavily in Syria’s infrastructure — it needs foreign assistance to kickstart new projects at home aggravated by aging infrastructure and rapidly increasing demand. European companies are unlikely to get interested in Syria unless the EU embargo is lifted (in effect until June 1, 2018). Since the end of largescale military operations in Syria did not bring about a change of regime and Bashar al-Assad remains president of Syria, it would be surprising for Brussels not to prolong the sanctions regime (the U.S. will do it without a moment’s hesitation).

Most of Syrian export-bound oil was destined to Europe, partly because of its geographic vicinity, and partly because European companies Shell and Total (NYSE:TOT) were the largest shareholders in the sector. This is no longer possible as long as the EU ban on Syrian oil exports stays in place. Thus, the new owner would have to find new market outlets, either by relying on adjacent countries like Turkey or Lebanon, or by finding buyers in Asia.

Interestingly, there has been little to no discussion so far on which company will have to take up the uneasy job of bringing Syria’s energy sector back to life. Throughout the war years, only the minuscule Soyuzneftegaz ventured into Syria (eventually relinquishing its prospects in 2015). Tatneft, a state-owned enterprise that develops Tatarstan’s oil and gas fields, is an obvious candidate since Syria (along with Libya, to their detriment) was their first attempt to internationalize their activities. Just as it girded itself for the commissioning of the Qishma oil field, full-scale war broke out and the company was forced to abandon it. Tatneft, Russia’s fifth-largest producer, is interested in returning to Syria once conditions allow for it. Beyond that, it’s still unclear if state majors (Rosneft, Gazprom Neft) would want to join in.

Taking control of gas fields seems a better (and more profitable) bet for Russia. If it manages to secure a fixed price, stable demand is guaranteed domestically, as gas will remain the dominant electricity generation input. Moreover, the continental shelf of the Eastern Mediterranean has yielded the likes of the Zohr, Leviathan and Aphrodite. Lebanon, whose sweetest spots are in-between Zohr and Leviathan, is also inching closer to tap into its assumed gas bounties.

Sanctions-wise, Moscow is unafraid of any consequences for it is already under European and U.S. sanctions. With a long-range goal in mind, it could even assent to the significant cost of rebuilding Syria’s oil and gas sector — IMF put the expenses at $27 billion in 2015 but the current estimate lies most likely between $35–40 billion. This includes the totality of rigs, pipelines, pumping stations, etc. to be repaired and put back into operation. In some areas, for instance, in the predominantly Kurdish-populated northern provinces with their heavy oil deposits, it’s unlikely to seize the opportunity. Moreover, it remains unclear what will happen to the fields (including Syria’s largest oil field, Al Omar) that were retaken by Western-backed militias, not the Syrian army.

Unfortunately for Royal Dutch Shell (NYSE:RDS-A), which was forced to let go of the 100 kbpd Al Omar field because of the stringent sanctions regime, Damascus seems intent on consolidating the energy sector under the guidance of the national oil company, SPC. By means of political hand-wringing and the extension of Kurdish political rights within a united Syria, this goal can be achieved; however, the issue of selling the oil is just as acute as is its production.

Syria’s offshore potential is still shrouded in mystery, despite some seismic survey in late 2000s, most of the time one just hears allusions that it is as prolific as that of Israel, Egypt or Cyprus. An early USGS estimate put Syria’s potential offshore gas reserves at 24 TCf (700 BCm), more than double of its onshore gas, while its oil reserves at a “mere” 50 million tons, a sixth of its onshore oil reserves.

Syria’s proven reserves of 2.5 bln barrels (341 million tons) of oil and 10.1 TCf (285 BCm) of gas might seem meager compared to those of neighboring Iraq or allied Iran. Taking into consideration that one-third of its reserves are very heavy, viscous crudes, Damascus will have to sweeten the deal to bring in big Russian names — companies that can genuinely make an impact and not just take a chance. But geopolitically, it might be a wise move.

Russia has been keen on increasing its foothold in Iraqi Kurdistan (Rosneft, Gazprom Neft), tapping into Lebanon’s offshore gas (NOVATEK), and having a bigger say in Eastern Mediterranean affairs in general. For that, taking over Syria’s oil and gas sector might be a very powerful, non-military, tool.

ER recommends other articles by Zerohedge, and OilPrice where this article originally appeared 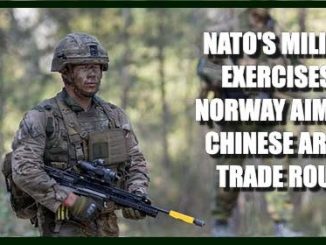 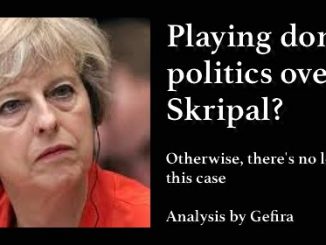 A casus belli in British-Russian relations – to what end?