Genetics Are the New Eugenics: How GMO’s Reduce the Human Population

The following is from an interview transcript 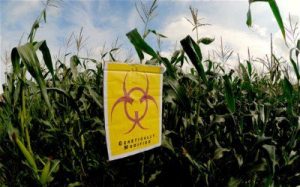 Last year, we had a series of mergers in the agribusiness’ GMO-corporations worldwide. This has created an alarming concentration of corporate power in the hands of basically three corporate groups.

The first one is Bayer AG of Germany, which made a friendly takeover of Monsanto. The reason for this was that Monsanto became identified in the public mind as pure evil and everything bad about GMO’s, which was accurate. This became a burden on the whole GMO project. So, Bayer stepped in, which has a friendly image of an aspirin, harmless, nice company, but in fact is the company that invented heroin in the 1880’s and made gas for the ovens of Auschwitz during WWII. It’s one of the dirtiest agribusiness companies in the world with a series of homicides and pesticides that killed off bee colonies and many other things that are essential to life and to nature. 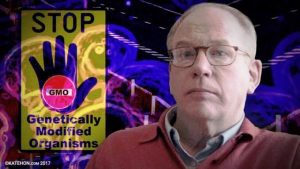 Then, Dow Chemicals and DuPont merged their GMO businesses together.

So, we have three gigantic corporate groups worldwide controlling the genetically-modified part of the human food chain. As dangerous as the GMO crops are and the more they sell, it is becoming more and more obvious that they are the chemicals that, by contract, must be applied to those GMO seeds by the corporations. They demand that if you buy Roundup-ready soybeans or corn, you must use Monsanto (now Bayer) Roundup.

Therefore, this is giving more corporate power to the GMO industry than ever before, and that’s an alarming trend. They are putting pressure on the bureaucracy in Brussels. One example: there was a massive public campaign against the renewal of the license of the European Commission for Glyphosate. Glyphosate is the most widely used weed-killer in the world. Glyphosate is the main ingredient in Monsanto’s Roundup. The other ingredients are Monsanto’s corporate secret, but the combination of them is one of the most deadly weed-killers.

The World Health Organization’s body responsible for assessing genetic dangers made a ruling the last year that Glyphosate was a probable cancer-causing agent.

The license came up for automatic renewal last year – a 15-year license. The EU Commission for Health was prepared to automatically renew it for 15 years. The European Food Safety Authority (EFSA), which is responsible allegedly for the health and safety of European citizens, recommended approval based on a German study by the German Food Safety Agency that was simply lifted 100% from studies given by the private corporation Monsanto! So, the whole chain was corrupt from the beginning and all the information was rigged. In reality, tests have shown that, in minuscule concentrations, lower than in recommended levels in Europe and in the US, Glyphosate causes kidney disease, liver disease, and other illnesses that are potentially fatal.

Now, Glyphosate has shown up in urine tests, in urban drinking water, in gardens, in ground water and so forth. And that gets into the system of childbearing women, for example, with embryo. It’s all in this!

The EU Commission, despite a million petitions – this is a record setting – and despite recommendations from leading scientists around the world to not renew the license, made a compromise under huge industry pressure and renewed it for 18 months. Why did they renew it for that time? Because at the end of 18 months, they were told by Bayer and Monsanto that the takeover of those two giant corporations will be completed and Bayer is going to replace Glyphosate with another, likely more deadly toxin, but not so well-known as Glyphosate. So, they simply bought time. And that is just one example.

This agenda of GMO is not about the health and safety; it’s not about increasing crop yields – that’s a lie that has been proven in repeated tests in North America and all around the world. Crop yields for farmers using GMO plants may increase slightly for the first 1-2 harvest years, but ultimately decline after 3-4 years. And not only that! We’ve been promised by Monsanto and other GMO giants that the use of chemicals will be less because of these “wonderful” traits that GMO plants resist. In fact, the weeds become resistant and you have super weeds, which are 5-6 feet in a height and choke out everything. It’s a catastrophe. So farmers end up using added weed killers to kill the super weeds. This whole mad playing around with the genetic makeup of nature is a disaster from the beginning.

politically embracing too, financed the Nazi Eugenics experiments of Kaiser Wilhelm Institute in Berlin and in Munich. Why did they do this? Their goal was the elimination of what they called “undesirable eaters”. That is called population reduction.

After the war, the head of the American Eugenic Society, who was a good friend of John D. Rockefeller, at the annual conference of the American Eugenic Society said: “From today, the new name of eugenics is genetics”. Moreover, if you keep that in mind – genetic engineering, the Human Genome Project and so forth – they all are scientific frauds. Russian scientists have proven that the entire Genome Project utterly disregarded 98% of the scientifically valuable data in favor of 2% that was completely nonsense and a waste of billions of dollars.

Therefore, they have been obsessed with the idea of how to reduce human population in a way that would not be so obvious as simply going out and carrying out mass-sterilization.

Actually, they have done that in Central America together with the World Health Organization by giving certain vaccines that they cooked-up to have abortive effects. Therefore, the women of child-bearing age in Central America were given these vaccines against tetanus. The organization of the Catholic Church became suspicious because the shots were given only to women, not to men. And they found that there was buried in the vaccine an abortive effect that made it impossible for women to conceive and bear children. This is all covert population reduction.

These are the Western patriarchs who believe they are the gods, sitting on the throne with great dignity, controlling mankind. I think they are a bunch of fools, but they have this agenda of genetic manipulation. It’s against nature, it’s chemically unstable. And I have to congratulate the Russian Federation that they had the courage and the moral concern for their own population to ban GMO cultivation across Russia. That was a step forward for mankind. I would hope that Russia will use its influence to get China to do the similar thing, because their agriculture is in dire need of some healthy Russian input. But this step by Russia to make a GMO-free agriculture is a great step for mankind.

ER recommends other articles by Global Research, and Katehon where this article originally appeared

F. William Engdahl is a strategic risk consultant and lecturer. He holds a degree in politics from Princeton University and is a best-selling author on oil and geopolitics.

Some photos have been added by EuropeReloaded 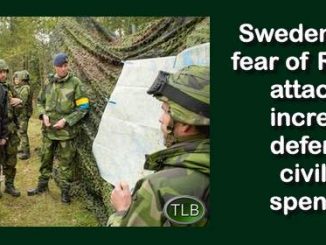 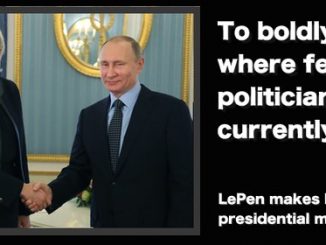