A major German TV network has aired an interview with the UN rapporteur on torture that reveals the invention of the Swedish “rape” case against Julian Assange.

Truth has broken through for those confused about how a publisher ended up in a maximum security prison in London with a one-way extradition ticket to court in the U.S. and the rest of his life behind bars.

One of the main German TV channels (ZDF) ran two prime-time segments on Wednesday night exposing authorities in Sweden for having “made up” the story about Julian Assange being a rapist.

Until last night most Germans, as well as other consumers of “major media” in Europe, had no idea of the trickery that enmeshed Assange in a spider-web almost certainly designed by the U.S. and woven by accomplices in vassal states like Sweden, Britain and, eventually, Ecuador.

ZDF punctured that web by interviewing UN Rapporteur on Torture Nils Melzer. One ZDF “Heute Sendung” segment (in German) is especially telling from minute 13:00 to 15:30 . The second is ZDF “Heute Journal” (minute 25:49 to 30:19.)

Both ZDF programs show Melzer being interviewed, with minimal interruption or commentary, letting his findings speak for themselves about how allegations against Assange were “made up” and manipulated to hold him captive.

The particularly scurrilous allegation that led many, including initially Melzer, to believe Assange was a rapist — a tried and tested smear technique of covert action — was especially effective.  The Swedes never formally charged him with rape — or with any crime, for that matter.  ZDF exhibited some of the documents Melzer uncovered that show the sexual allegations were just as “invented” as the evidence for WMD before the attack on Iraq.

Melzer had previously admitted to having been so misled by media portrayals of Assange that he was initially reluctant to investigate Assange’s case.  Here is what Melzer wrote last year in an op-ed marking the International Day in Support of Torture Victims, June 26.

No major media would print or post it. Medium.com posted it under the title “Demasking the Torture of Julian Assange.”

“But surely, I found myself pleading, Assange must be a selfish narcissist, skateboarding through the Ecuadorian Embassy and smearing feces on the walls? Well, all I heard from Embassy staff is that the inevitable inconveniences of his accommodation at their offices were handled with mutual respect and consideration.

This changed only after the election of President Moreno, when they were suddenly instructed to find smears against Assange and, when they didn’t, they were soon replaced. The President even took it upon himself to bless the world with his gossip, and to personally strip Assange of his asylum and citizenship without any due process of law.

In the end it finally dawned on me that I had been blinded by propaganda, and that Assange had been systematically slandered to divert attention from the crimes he exposed.” (Emphasis added.)

Melzer ended his op-ed with this somber warning:

“… This is not only about protecting Assange, but about preventing a precedent likely to seal the fate of Western democracy. For once telling, the truth has become a crime, while the powerful enjoy impunity, it will be too late to correct the course. We will have surrendered our voice to censorship and our fate to unrestrained tyranny.” (Emphasis added.)

Melzer’s indefatigable efforts to expose what Assange has gone through, including “psychological torture,” met with some modest success in the days before the German ZDF aired their stories. Embedded in the linked article is by far the best interview of Melzer on Assange.

Opposition to extraditing Assange to the U.S. is becoming more widespread. Another straw in an Assange-favorable wind came last week when the Parliamentary Assembly of the Council of Europe (PACE) called for Assange’s immediate release, ending years of silence by such European institutions.

It remains, nonetheless, an uphill struggle to prompt the British to think back 800 years to the courage of the nobles who wrested the Magna Carta from King John.

Ray McGovern works with Tell the Word, a publishing arm of the ecumenical Church of the Saviour in inner-city Washington. He is co-creator of Veteran Intelligence Professionals for Sanity (VIPS). 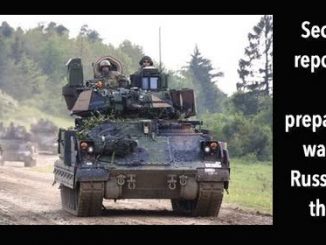 Why The US Wants To Lower Germans’ Real Wages 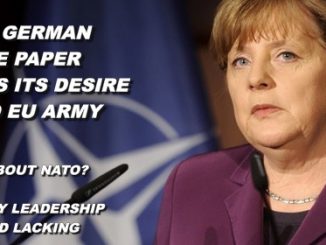