Astounding new figures out of France suggest what is no doubt a broader global trend of hesitancy and skepticism when it comes to the current big push to ‘vaccinate all’.

Reuters in covering the country’s vaccine rollout finds that merely around “half of health workers in French care homes do not want to be vaccinated” — even after many of these routinely witness the ravages of COVID-19 on the elderly and infirm.

“There’s a complete loss of trust,” one home health care worker and trade union representative was cited in the report as saying, reflecting resistance to the growing pressure put on often underpaid staff in difficult working conditions who are being ordered to get vaccinated lest they risk the safety of the elderly patients. And another reflected a common answer of “I’m going to wait a bit”.

The intense skepticism and pushback stems from the fact that it’s both the government that’s reportedly underpaying them, while also demanding they get the jab.

Reuters presents a common refrain among the frontline care-givers as follows:

Marie-France Boudret, who works in a French home for the elderly, watched a patient suffocate to death in front of her because COVID-19 had infected his lungs. But when her employer offered her a vaccine against the virus, the nurse hesitated.

The trend is also being observed across Europe, raising deep concerns among health officials that the elderly population remains at great risk to the degree that large portions of health workers refuse or at least delay the jab.

The report offers as nearby examples Germany and Switzerland, where resistance to the vaccine among home healthcare staff could be even greater than in France. “In Germany, care home operator BeneVit Group surveyed staff in November and found only 30% wanted to get vaccinated,” writes Reuters. (ER: it is highly unlikely that vaccine hesitancy is greater in Germany.)

Over the past year France has struggled to contain a series deadly coronavirus outbreaks at nursing homes and elderly care facilities, akin to similar tragedies in New York and other places in the US:

And of Switzerland, the report cites the following: “Peter Burri, head of ProSenectute, Switzerland’s biggest advocacy group for seniors, said at most half of nursing staff in the medical sector were willing to get inoculated.”

France has lately been debating whether or not older people with pre-existing conditions should receive AstraZeneca’s vaccine. Previously Paris warned against it; however, on Tuesday government health officials revised the stance which had been taken out of caution over lack of data from clinical trials, and has now lifted the ban for people 65 and up.

Currently France is approaching the 4 million mark (at 3.8 million) in terms of recorded total COVID infections since the pandemic began, including over 87,000 deaths. (ER: we have published extensively on why this figure may not be true.) 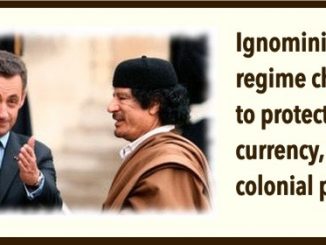