#MeToo in the Mosque

While the march for women’s rights in Washington this year took place under the banner of #MeToo against sexual harassment, in Iran dozens of women were taking to the streets to protest against theocracy and compulsory wearing of the hijab. The Iranian women waved white flags to fight against the mullahs’ obligation to veil. But the white flag was not a surrender; it was apparently a symbol of Western feminists. As the Australian Rita Panahi wrote, “while the brave Iranian women protested against hijab laws, Western feminists celebrated hijab”.

On February 1, many of these Iranian women were arrested for not wearing a hijab. On that very day, the World Hijab Day was celebrated in the West, and Western appeasers celebrated the veil. Even British PM Theresa May backed the claim that women should be “free” to wear hijab. A few days after that, the American department store Macy’s decided to sell the hijab as an item of fashion clothing. Unfortunately, in some Islamic countries, women are not “free” to wear the veil; they are obliged to wear the veil, as the arrests in Iran show us.

Instead of a celebration of Islamist discrimination against women, the West should promote a #MeToo in the mosque — the idea of an Egyptian, Mona Eltahawi. She would like to raise the issue of rape and sexual abuse suffered by Muslim women during the hajj pilgrimage to Mecca.

Seyran Ates, a Turkish-German woman, recently opened in Berlin the first mosque where unveiled women and gays are welcome. Her decision was rather braver than a Twitter hashtag. Ates was immediately flooded with death threats, and had to be put under police protection.

The French philosopher Alain Finkielkraut recently called feminists “dishonest players” who will not admit to having won the game. In the West, the feminist adventure is, for the most part, over: women have conquered most of their rights and have earned respect.

Feminists would be wise now not to allow their battle to be turned into a grotesque caricature by banning “sexist” poems and art. This has already happened in a museum in Manchester and a school in Berlin. Western feminism, instead, could renew and ennoble itself by embracing the desperate fight of many Muslim women: Nigerian girls abducted by Boko Haram; Yazidi women sexually enslaved by ISIS; Indonesian women lashed for “adultery”; women captured and sold as slaves; girls subjected to female genital mutilation (FGM), girls married off while they are still children to men they do not even know; and girls in Iran now in prison — and possibly tortured and raped — for taking off their veils.

Take the three European countries hosting the largest Muslim communities: Britain, Germany and France. In Britain, a new case of female genital mutilation (FGM) is being either discovered or treated every hour, according to National Health Service statistics. In Germany, a nongovernmental organization, Terre des Femmes, has said that 13,000 underage girls living there are at risk of being forced to undergo this brutal disfigurement. A few days ago, reports surfaced that in the suburbs of Paris 30% of Muslim girls are threatened with it. 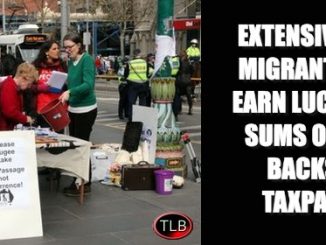