Mary Holland: Those Who Violated Nuremberg Code Must Be Prosecuted for Crimes Against Humanity

In the last two-and-a-half years, tragically, we have witnessed a global assault on the Nuremberg Code, according to Children’s Health Defense President Mary Holland. We can restore this foundation of medical ethics … but only if we come together. 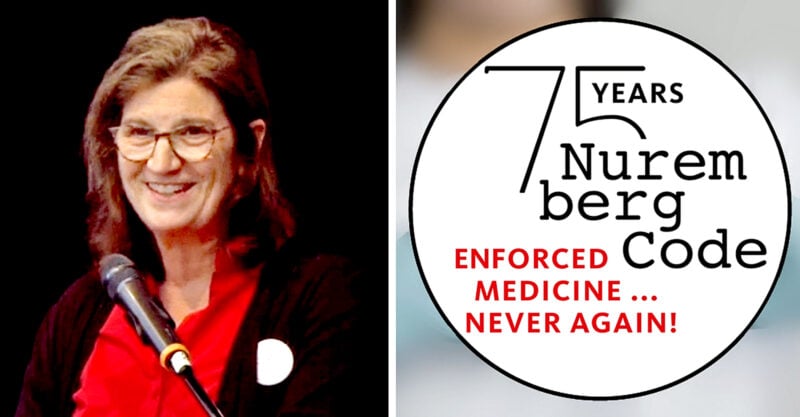 Editor’s Note: Following are remarks delivered by Mary Holland, Children’s Health Defense president and general counsel, on Aug. 20 in Nuremberg, Germany, at an event hosted by Action Alliance, a group of German activists, to commemorate the 75th anniversary of the Nuremberg Code.

Thank you to all who have made this event possible — it is a great honor to be here.

The Nuremberg Code is an international monument to humanity. It is a critical guidepost, not unlike the 10 Commandments in the New Testament or similar guidance in other religions.

In essence, the code says: “Do this, and you will stay on the right path; stray from this, and bad things will happen.”

The last two-and-a-half years have certainly proven the wisdom of this document.

I am especially honored to be here because the authors of the Nuremberg Code were doctors and lawyers from the United States who sought to prevent future horrors. And they built on medical and legal ethics established here in Germany before the Nazi regime.

It is a sad commentary that they are absent.

But I rejoice that The People’s representatives from all over the world are here — because it is “We the People” who will restore our rights, our laws and our morality and lead us out of these troubled times.

For more than 75 years, the Nuremberg Code has been a beacon of light — all medical and legal norms have been based on it since 1947.

The Nuremberg Code is the foundation for modern medical ethics.

The code has been incorporated into U.S. federal and state law, and U.S. courts have recognized the Nuremberg Code as a universal, international legal standard — like the norms prohibiting slavery and piracy.

The Nuremberg Code exists and is enforceable even if a country or institution or individual denies its validity.

The consent of the individual is absolutely essential in all medical experimentation. There are no exceptions.

Tragically, in the last two-and-a-half years, we have witnessed a global assault on the Nuremberg Code.

Governments, medical establishments, universities and the media have violated the very first principle and every other principle of the code’s 10 points.

They have coerced people into being human guinea pigs.

They have forced people on penalty of their livelihoods, their identities, their health, their friendships — and even their family relationships — to take inadequately tested, experimental, gene-altering injections as well as experimental tests and medical devices.

Those who have intentionally, knowingly and maliciously violated the principles of the Nuremberg Code must be punished.

They must be called out, prosecuted and punished for crimes against humanity. This is one of our key tasks.

We must stop this. And we must ensure this does not happen again.

The result of the mass experimentation with COVID-19 injections is now tragically clear: Those who were seduced or forced into becoming experimental subjects are now at greatest risk of illness, hospitalization and death.

The precise opposite of what global “leaders” told us. Yet again, as during World War II, “The Big Lie” has preceded untold death and suffering.

And we see now that “these leaders,” despite new flip-flopping guidance, are offering only more of the same.

They are now promoting even less-tested new injections against alleged new infectious diseases.

We live in dangerous times. If world governments and their collaborators continue to flout the Nuremberg Code and censor those of us who criticize “The Big Lie” — we know where this leads.

We have already witnessed terrible atrocities in the last two-and-a-half years:

We are better than this!

We deserve better and we can do better.

We must stand up for our God-given, inalienable rights under the Nuremberg Code.

We must demand that we will not be experimented on. It is not too late — in Europe or elsewhere.

It is in our power to say, “No more! Respect and uphold this code.”

And let’s not forget — we are winning.

The narrative that these injections work is over.

The narrative that we must lock down is over.

The narrative that we must test asymptomatic people is over.

The narrative that our “leaders” know what they’re doing is over.

Let us let this sink in — #WeAreWinning!

But, ultimate victory is not yet secure. And it is up to us.

We must be courageous and share our knowledge, even if our friends and families are resistant at first.

Courage is contagious. If we can repel lies and coercion, they can too. Be courageous!

As we stand firm, others will join us. This is happening every day.

Restoration of a world based on the Nuremberg Code is within our grasp … but we must come together, as we are doing today.

And we must ensure that all institutions honor and enforce the Nuremberg Code.

We can make this happen!

Please join me in saying three times in German:

(Translation: We can get it done.)

The views and opinions expressed in this article are those of the authors and do not necessarily reflect the views of Children’s Health Defense.

Mary Holland is President and General Counsel of Children’s Health Defense. She has been writing and advocating for better vaccine law and policy for many years, including while she served on the faculty at NYU School of Law from 2002-19. She is co-author of two books on vaccines, Vaccine Epidemic and The HPV Vaccine on Trial, as well as several law review articles. 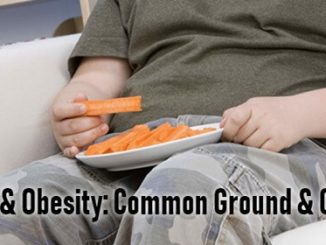 Desperation to Silence Doctors by Ontario & BC Colleges of Physicians

83 People Dead After Taking The Flu Vaccine in South Korea