ER Editor: We remind readers that we published Dr. Jane Ruby‘s interview with US embalmer Richard Hirschman, who had found tough, long white rubbery ‘clots’ in the veins and arteries of Covid-vaccinated cadavres. They were discovered as blockages when trying to infuse the body with embalming fluid. See

This finding has been corroborated by many embalmers, including UK funeral director John O’Looney.

Below, Dr. Jane Ruby interviews Health Ranger Mike Adams, who has done initial ICPMS analysis of ‘clots’ provided to him by Hirschman. We provide notes below but recommend listening to the interview as certain parts are very technical.

Adams’ findings are preliminary and incomplete. Two things have been analysed: the rubbery clots and the mRNA vaccines themselves.

Jab Remorse: Dr. Jane Ruby on the Blood of the Vaccinated [VIDEO] 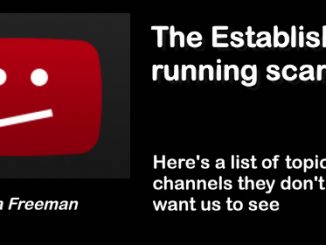 Baby Alex Update: He Died of a Clot So Long It Extended from His Knee to the Heart