After the shock of Brexit and then election of Donald Trump to the White House, anything now seems possible in the political world. Six months hence, Marine Le Pen, the leader of France’s Front National (FN), will be within reach of the presidency.

It’s a possibility that Le Pen is not alone in trumpeting, following Britain’s surprise vote to leave the European Union and Trump’s equally surprising US victory earlier this month. Last week, incumbent French Prime Minister Manuel Valls acknowledged that the FN leader could be elected the French republic’s new president when the country goes to the polls during April-May next year. 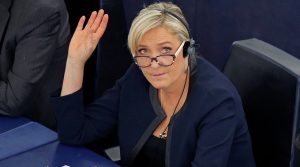 The 48-year-old Le Pen, a trained lawyer, is hoping that her bid for Élysée Palace will tap into the zeitgeist of what she calls a “popular uprising against ruling elites”.

Her chances of becoming head of state in the EU’s second largest member after Germany has just received a further boost from the expected nomination of Francois Fillon as presidential candidate of the center-right Les Republicains party. Fillon is way ahead of his party rival Alain Juppé in the nomination process, which concludes this coming weekend.

While Fillon has adopted Le Pen’s agenda of tougher immigration controls, there is a gulf of difference on economic issues, as well as on France’s relation to the EU bloc.

Fillon (right), a prime minister under former President Nicolas Sarkozy (2007-2012), is an economic neoliberal hawk. He proudly claims the late British premier Margaret Thatcher as one of his ideological mentors. Fillon is promising to slash public service jobs and budgets, while also gutting French labor laws to remove statutory caps on maximum working hours and to increase the retirement age.

It is hard to conceive of a more politically tone-deaf candidate for the presidency. This year France has seen months of massive public protests against the very hardline austerity measures that Fillon is advocating.

So, while his tough rhetoric on clamping down on immigration and his socially conservative opposition to gay marriage might appeal to some citizens on the political right, Marine Le Pen appears to be more in tune with concerns of the broader electorate. Those concerns are motivated by economic insecurity and loss of democratic accountability in an era of seemingly implacable financial globalization.

The rise of FN in France and other eurosceptic political parties across Europe is not simply due to xenophobia and racial tensions over immigration. It is arguably much more about counteracting the excesses of a global oligarchy, which the EU and established political parties have come to embody.

Whereas Le Pen wants to follow Britain in quitting the EU altogether to reassert national control over the economy, Fillon has no such ambitions. He is a candidate for globalization and austerity, the very program that has become a totemic hate symbol driving the populist mood for revolt.

The FN has come a long way from its origins when it was considered a bete noire of French and European politics owing to perceived fascist and racist tendencies. Founded in 1993 by Jean-Marie Le Pen, father of Marine, the party would never receive mainstream media coverage. Now it does.

When she took over the FN leadership in 2011, Le Pen embarked on a “detoxication” of the party, cleaning up its image as an anti-Semitic, racist fringe movement. This has led to an acrimonious split with her father, who has been banished to obscurity as “honorary president” over his repeated remarks about the Nazi Holocaust being a mere “historical footnote”.

Under Marine, the FN has also adopted a more leftwing economic agenda, such as protecting employment rights, increasing the minimum wage and vowing to fight corporate capitalism by spurning neoliberal international trade deals.

This is perhaps where she promises to rally French voters when they go to the first and second rounds of the presidential election on April 23 and May 7. 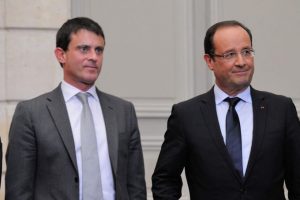 The incumbent Socialist President Francois Hollande and his prime minister Manuel Valls (left) have become toxic for French workers and traditional leftwing voters. Since his election in 2012, Hollande’s popularity has plummeted to record single-digit lows. The Socialist party leadership is vilified as “betraying” ordinary citizens by accommodating finance capital and embracing neoliberal austerity.

So abject has the Socialist party become in the eyes of the electorate, it is inconceivable that it will be able muster a viable candidate for the presidential election.

That in effect makes the ballot a face-off between Marine Le Pen and Francois Fillon, whose supporters may be betting on his anti-immigrant rhetoric to decisively capture the rightwing vote. The 62-year-old also has more than three decades of parliamentary experience, which might be viewed as giving him appeal for more centrist voters.

But such calculations are badly amiss in gauging the popular mood in France and elsewhere. The popular discontent with conventional politics goes beyond rightwing concerns over excessive immigration and “multi-culturalism”. It is about challenging the status quo of perceived economic oppression that politicians like Francois Fillon represent.

In this assessment, Le Pen stands to reap votes from a much broader constituency of French citizens, straddling both the traditional left and right, but all united under the banner of demanding democratic control over basic economic matters.

If the FN sweeps to power by May of next year, the European political landscape will be shattered. An outwardly anti-EU French presidency would herald the collapse of the 28-member bloc as we know it.

That will have radical implications for US, European and Russian relations. No longer shackled by pro-Washington Atlanticism, France and Europe would begin to realign with more balanced and mutual relations with Moscow. Given Donald Trump’s more pragmatic friendly intentions towards Russian President Vladimir Putin, the whole geopolitical outlook next year could be upended – and upended for the greater global good. The current US-led hostility towards Russia abandoned and flash-points in Ukraine and Syria defused.

Center-right presidential hopeful Francois Fillon has a more reasonable view of Russia compared with the slavish Socialist party leadership under Hollande and Valls. Last week, he called for a international coalition involving Russia as a partner in the global fight against terrorism.

However, Le Pen is again seen to be more in tune with the electorate on that issue. She has berated Washington and European leaders for demonizing Russia, wants to jettison self-defeating punitive sanctions against Moscow, and she openly aligns with Vladimir Putin on foreign policy objectives, including his support for Syria against illegally armed insurgents who also pose grave security threats to France and the rest of Europe.

Whether Le Pen can deliver on policies to ameliorate French society and the economy is a moot point. But the improved shake-up of France and Europe’s foreign relations with the US and Russia is something that one feels many French voters will be willing to take a chance on.

Brexit, Trump, Le Pen could prove to be three moments in a year of major upheaval. As with any change, there are always risks for downsides. But given the rottenness of conventional politics in the West, the possibility of change is welcome.

And a Le Pen political earthquake might be the final shock to bring a rotten edifice crashing down. 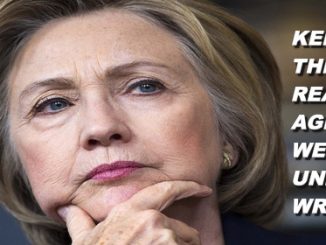 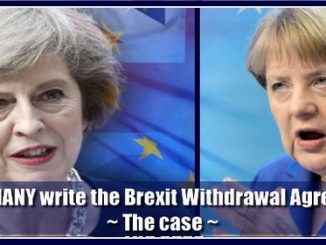 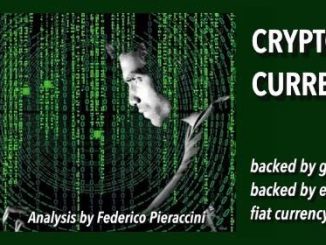 Economic Collapse: Will Cryptocurrency Save the Financial System?