THE LEADER OF the UK’s Labour Party, Jeremy Corbyn, called for a “de-escalation” of tensions between NATO and Russia, adding in a BBC interview on Thursday: “I want to see a de-militarisation of the border between them.” Along with the U.S., the UK has been rapidly building up its military presence in the Baltic region, including states which border Russia, and is now about to send another 800 troops to Estonia, 500 of which will be permanently based.

In response, Russia has moved its own troops within its country near those borders, causing serious military tensions to rise among multiple nuclear-armed powers. Throughout 2016, the Russian and U.S. militaries have engaged in increasingly provocative and aggressive maneuvers against one another. This week, the U.S. began deploying 4,000 troops to Poland, “the biggest deployment of US troops in Europe since the end of the cold war.” 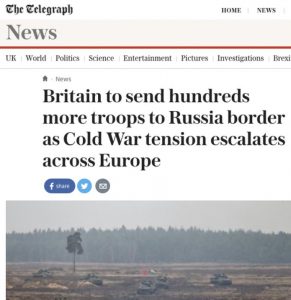 It was in this context that Corbyn said it is “unfortunate that troops have gone up to the border on both sides,” adding that “he wanted to see better relations between Russia, NATO and the EU.” The Labour leader explained that while Russia has engaged in serious human rights abuses both domestically and in Syria, there must be a “better relationships between both sides . . . there cannot be a return to a Cold War mentality.”

The response to Corbyn’s call for better relations and de-escalation of tensions with Moscow was swift and predictable. The armed forces minister for Britain’s right-wing government, Mike Penning, accused Corbyn of being a collaborator with the Kremlin:

“These comments suggest that the Labour leader would rather collaborate with Russian aggression than mutually support Britain’s Nato allies. As with Trident, everything Labour says and does shows that they cannot be trusted with Britain’s national security.”

This is the same propagandistic formulation that has been used for decades in the west to equate opposition to militarism with some form of disloyalty or treason: if you oppose military confrontation with a foreign adversary or advocate better relations with it, then you are accused of harboring secret sympathy and even support for those foreign leaders, and are often suspected of being an active “collaborator” with (or “stooge” for) them.

This lowly smear tactic was, of course, deployed over and over during the Cold War with regard to those who argued for improved relations or a reduction of conflict with Moscow, but it has been repeatedly used since then as well every time it comes time to confront a new Foreign Villain (those opposed to the invasion of Iraq were pro-Saddam, those who opposed intervention in Libya were Gaddafi apologists, those who objected to War on Terror programs are terrorist-sympathizers, etc. etc.). 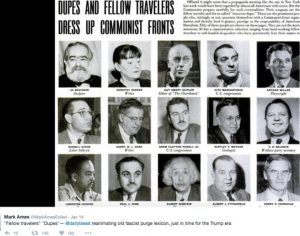 But this template has recently become super-charged, more widely invoked than ever, as a result of the starring role Russia now plays in U.S. domestic politics, where many Democrats blame them for Hillary Clinton’s defeat. Putin now occupies the role of Prime Villain in western discourse, and this Cold War rhetorical template – anyone opposing confrontation is a Kremlin operative or stooge – has thus been resurrected with extraordinary speed and ease.

The compelling justifications for Corbyn’s concerns about NATO/Russia tensions are self-evident. The U.S. and Russia have massive arsenals of nuclear weapons. As Lawrence Krauss detailed in the New Yorker in October, the two countries have come horrendously close to full-on, earth-destroying nuclear war on several occasions in the past, and the systems they still maintain are conducive to apocalyptic error through miscommunication and misperception, let alone direct military confrontation. As Krauss noted:

“In general, during the Obama Presidency, we have only deepened our dangerous embrace of nuclear weapons. At the moment, around a thousand nuclear weapons are still on a hair-trigger alert; as they were during the Cold War, they are ready to be launched in minutes in response to a warning of imminent attack.”

It is not hyperbole to say that perhaps nothing is more reckless, more dangerous, than ratcheting up tensions between these two countries. That’s what makes it so repellent and toxic to demonize those such as Corbyn as “collaborators” or traitors merely because they oppose this escalation and belligerence. But this is the script that – once again – is quickly becoming mainstream orthodoxy in both Washington and London.

Let us, for a moment, imagine if this framework were applied consistently rather than manipulatively. Democrats have been alarmed – rightfully so – by the preliminary belligerence of Trump and his top aides toward nuclear-armed China: accepting a call from Taiwan’s president, openly questioning the decades-old “One China” policy, suggesting the U.S. would militarily intervene to prevent Chinese control over nearby uninhabited islands (the latter was also suggested by the current head of the U.S. Pacific fleet).

But applying the prevailing Russia logic to these concerns, should one not accuse these Democrats objecting to confrontation with China of being “collaborators” with and apologists for the dictatorial regime in Beijing, which imprisons dissidents and tortures ethnic and religious minorities? Should we publicly ponder whether the liberal writers demanding that Trump cease his aggressive posture are being clandestinely paid by the Chinese Politburo or merely acting as “useful idiots” for it? Should those objecting to Trump’s belligerent policies be accused of siding with a dictatorial regime over their own President and country?

Of course none of those things should happen, because it is not only rational but morally compulsory to be deeply wary of those who seek to escalate tensions between countries with large nuclear arsenals. At the very least, one should be free to debate these policies without being smeared as a traitor. That applies to China, and it applies to Russia. And those who voice such concerns should not, as Corbyn just was, have their loyalties and integrity be impugned by our new Cold Warriors.

For the crucial context on NATO/Russia tension that is very rarely heard in the western press, I highly recommend these two items:

(1) This Foreign Affairs article by University of Chicago political scientist John J. Mearsheimer on the west’s relentless, aggressive march eastward up to Russian borders and its consequences;

(2) The passage of this interview with Noam Chomsky by German journalist Tilo Jung – beginning at 40:30 – that explains the crucial historical context of NATO’s march eastward toward Russia, how that is perceived in Moscow, and, most important of all, why the dangers this behavior creates are incomparable:

ER recommends other articles by The Intercept

Glenn Greenwald is one of three co-founding editors of The Intercept. He is a journalist, constitutional lawyer, and author of four New York Times best-selling books on politics and law. His most recent book, No Place to Hide, is about the U.S. surveillance state and his experiences reporting on the Snowden documents around the world. Prior to co-founding The Intercept, Glenn’s column was featured at The Guardian and Salon. He was the debut winner, along with Amy Goodman, of the Park Center I.F. Stone Award for Independent Journalism in 2008, and also received the 2010 Online Journalism Award for his investigative work on the abusive detention conditions of Chelsea Manning. For his 2013 NSA reporting, he received the George Polk award for National Security Reporting; the Gannett Foundation award for investigative journalism and the Gannett Foundation watchdog journalism award; the Esso Premio for Excellence in Investigative Reporting in Brazil (he was the first non-Brazilian to win), and the Electronic Frontier Foundation’s Pioneer Award. Along with Laura Poitras, Foreign Policy magazine named him one of the top 100 Global Thinkers for 2013. The NSA reporting he led for The Guardian was awarded the 2014 Pulitzer Prize for public service. 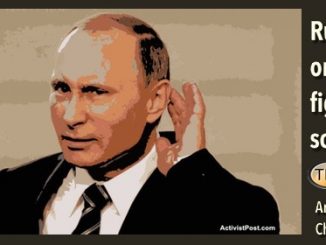 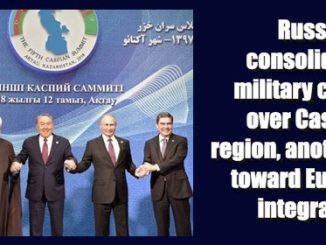 The Most Important Geopolitical Deal Of 2018? 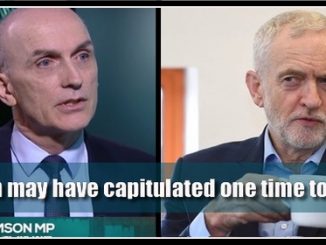