Why the Left Promotes Racism Against White People

Tucker Carlson interviews Professor Jason Nichols of the University of Maryland about the double standard in mainstream media when it comes to race.  It now is fashionable for the left to criticize white people and ‘white privilege’ for literally every problem and injustice imaginable.  Increasingly, the Marxist narrative is that wealth and advantage among white people has come, not from productivity or creativity or self discipline or the work ethic, but from a capitalist system that exploits the working class. This narrative is an important part of the psychological conditioning of the masses – including white people – to believe that the only way to eliminate poverty and injustice is to eliminate the last vestiges of the old system of free-enterprise capitalism and replace it with socialism, communism, or some other variant of collectivism.  A secondary goal of this narrative is to encourage everyone to view their racial identity as the most important aspect of their lives and, thereby, drive yet one more spear into the heart of America.  The ploy is as old as warfare. It’s called Divide and Conquer. – G. Edward Griffin

ER recommends other articles by Need to Know News 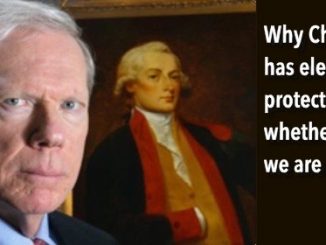 The Greatest Gift For All – Paul Craig Roberts

Paul Craig Roberts Asks “Can We Survive Our Collective Stupidity?”