Gilad Atzmon Expains the Murder of the West by Identity Politics

Strange, isn’t it, that one Jew, Gilad Atzmon, understands the dire situation of the Western World far better than does the entirety of the Western intellectual class, including its large Jewish component.

Read this and if you are successful in doing so, that is, not too handicapped by the low level of education to which Western “education” has degenerated, you will understand very much.

It is likely that Identity Politics has put the Western World into a situation from which recovery is impossible. All the rest of the world need do is to wait.

In my recent book Being in Time – a Post Political Manifesto, I pointed out that the West and America in particular have been led into a disastrous Identity (ID) clash. This week in Virginia we saw a glimpse of it.

In the book I argue that the transition from traditional Left ideology into New Left politics can be understood as the aggressive advocacy of sectarian and divisive ideologies. While the old Left made an effort to unite us all: gays, blacks, Jews or Whites into a political struggle against capital, the New Left has managed to divide us into ID sectors. We are trained to speak ‘as a…’: ‘as a Jew,’ ‘as a black,’ ‘as a Lesbian.’ The new left has taught us to identify with our biology, with our gender, sex orientation and our skin colour, as long as it isn’t ‘White’ of course.

In Being in Time, I noted that it was a question of time before White people would also decide to identify with their biology. And this is exactly what we saw in Virginia last weekend.

Tragically, ID politics is a vey dangerous political game. It is designed to pull people apart. It is there to introduce conflict and division. ID politics doesn’t offer a harmonious vision of society as a whole. Quite the opposite, it leads to an increasingly fractured social reality. Take, for instance, the continuous evolution of the LGBT group. It is constantly expanding to include more and more sectarian sexually oriented social subgroupings (LGBTQ, LGBTQAI and even LGBTQIAP ).

In the New Left social reality, we, the people are shoved into ID ghettos that are defined by our biology: skin colour, sexual orientation, the Jewish mother, etc.

Instead of what we need to do: fight together against big money, the bankers, the megacorporations, we fight each other, we learn to hate each other. We even drive our cars over each other.

I am opposed to all forms of ID politics, whether it is White, Black, Jewish, Gender or sex oriented. But, obviously if Jews, Gays and others are entitled to identify with their ‘biology’, white people are entitled to do the same. I think that universalism is what we used to call it when we still cared about intellectual integrity.

The problem created by ID politics is extremely grave. ID politics doesn’t offer a prospect of peace and harmony. Within the context of ID politics, we cannot envisage a peaceful resolution of the current ID clash. Can anyone foresee the LGBT community embracing KKK activists into their notion of ‘diverse society?’ The same can be said about the KKK: are they going to open their gates to cultural Marxists?

ID politics equals ID clash, an irreconcilable conflict with no end, the complete destruction of American and, to a certain extent, Western civilisation.  This may 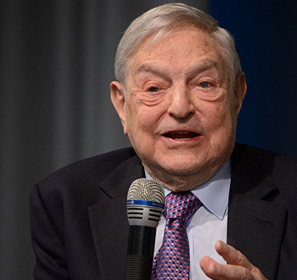 explain why George Soros and his open society are invested in this battle. As long as the working people are fighting each other, no one bothers to challenge the root cause of our current dystopia, namely the banks, global capitalism, wall street, Mammonism and so on.

The remedy is clear. America and the West must, at once, break away from all forms of ID politics. Instead of celebrating that which separates us, we must seek what unites and makes us into one people.  I am advocating a radical spiritual, ideological and metaphysical transition. Whether or not we like to admit it, these moments of unity are often invoked by waves of patriotism, nationalism and religious figures. But they could also be inspired by the spirit of justice, equality, compassion and love.  Neither the New Left or the Alt Right offers any of the above. They are equally invested in Identitarian ideologies. The electoral success of Trump, Corbyn and even Sanders or Le Pen points at a general human fatigue.  Readiness for change is in the air.

The Identitarian Shift & the Primacy of the Symptom
(Being in Time – a Post Political Manifesto  pg. 49)

ID politics manifests itself as a set of group identification strategies. It subdues the ‘I’ in favour of symbolic identifiers: the ring on the appropriate ear, the nose stud, the type of skullcap, the colour of the scarf and so on.

Within the ID political cosmos, newly emerging ‘tribes’ (gays, lesbians, Jews, Blacks, Whites,vegans, etc.) are marched into the desert, led towards an appealing ‘promised land’, where the primacy of the symptom (gender, sexual orientation, ethnicity, skin colour etc.) is supposed to evolve into a world in itself. But this liberal utopia is in practice a sectarian and segregated amalgam of ghettos that are blind to each other. It has nothing in common with the promised universal, inclusive cosmos.

‘The personal is political,’ as the common feminists and liberal preachers have disseminated since the 1960s, is a phrase designed to disguise the obvious; the personal is actually the antithesis of the political. It is, in fact, the disparity between the personal and the political that makes humanism into an evolving exchange known as history. Within the Identitarian discourse, the so-called ‘personal’ replaces true and genuine individualism with phony group identification – it suppresses all sense of authenticity, rootedness and belonging, in favour of a symbolism and imaginary collectivism that is supported by rituals and empty soundbites. Why are we willing to subject ourselves to politics based on biology, and who wrote this new theology found in pamphlets and in the growing numbers of ID Studies textbooks? Is there a contemporaneous God? And who created the ‘pillar of cloud’ we are all to follow?

It is clear that elements within the New Left, together with Jewish progressives and liberal intelligentsia, have been at the heart of the formation of the ideological foundation of ID politics. At least traditionally, both Jewish liberals and the Left were associated with opposition to any form of exclusive political agenda based on biology or ethnicity. Yet, one may wonder why does the New Left espouse such an exclusivist, sectarian and biologically driven agenda?

Mass Shootings and Responses to Them Have Unintended Consequences 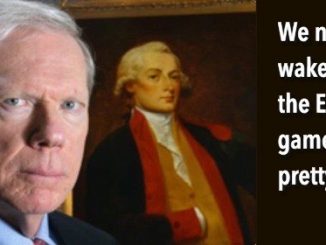 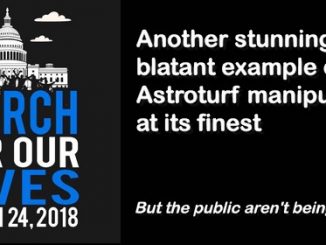 “March for Our Lives” Rallies Were AstroTurf, Based on Lies