If there were ever any doubts that the leaders of the Euroskeptic coalition now running Italy had a plan to defy the European Union, its proposed budget should quell them. Both Deputy Prime Ministers, Luigi Di Maio of Five Star Movement and Matteo Salvini of The League, were adamant about locking horns with European Union leadership over all issues of sovereignty between now and May’s European Parliamentary elections.

Their budget proposal, which included both tax cuts and universal income, blew past the EU budget limit of 2.0% of GDP, coming in at 2.4%. It has put their Finance Minister, Giovanni Tria, in a difficult position because Tria doesn’t want to negotiate this budget with Brussels, preferring a less confrontational, read: more pro-EU, approach.

Salvini and Di Maio, however, have other plans. And since I began covering this story last year on my blog, I’ve said that it was imperative that Salvini force the issue of the Troika’s demands – the EU, European Central Bank and the International Monetary Fund – back down their throats on debt restructuring/forgiveness.

What I meant then, and I was focused on Salvini’s emergence as the leader of this fight, was that Salvini and Italy, because they are more than technically insolvent, have all the leverage in the negotiations. The size of their outstanding debt and the liabilities extant on the balance sheets of banks across Europe, most notably the nearly $1 trillion in TARGET 2 liabilities, are something Juncker, Draghi, Merkel and Christine LaGarde at the IMF simply cannot ignore.

But to do this, Salvini and now Di Maio have to make a good faith effort to negotiate a good deal for Italy with Brussels, Berlin and the IMF. This is why the budget squeaked past the 2.0% limit, and then they walked it back to 2.0% but with provisions they knew would anger the EU finance ministers. 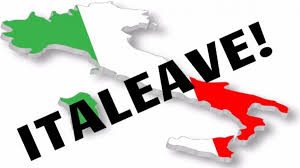 The point of this is to push Brussels and paint them as the bad guys to shift public sentiment back towards an Italeave position. Italy’s problems are not solvable with Germany holding the purse strings for all the EU countries.

So, the first prong of their assault on the power structure of the EU is this: challenge them on their budget while making strong statements to the rest of Europe that they are not looking to exit the euro. If they do, it will be Germany forcing that situation.

The other prong of the assault is to remake the EU from within, which Salvini has openly stated is one of his goals.

It started more than a month ago when he met with Hungarian President Viktor Orban who agreed on a strategy of creating a ‘League of Leagues’ to unite the opposition to the current technocratic rule on the European Commission.

They were clear then that the goal was to wrest control of the European Commission Presidency from the coalition backing current President Jean-Claude Juncker.

With the rise in the polls of Euroskeptic parties across Europe, Salvini and Orban can drive real change in the structure of the parties within the European Parliament. The European People’s Party, which Orban’s Fidesz party is a member of, is vulnerable to losing its senior position in any coalition because of the huge change in Italy’s electoral make-up along with that in Austria with the less radical Sebastian Kurz. 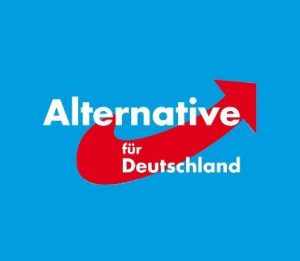 But, the big swing is on the table in Germany. Alternative for Germany (AfD) is now pushing up towards 20% nationally, and the next hurdle for its growth is this weekend’s Bavarian state elections. If AfD out polls the Greens and denies the CSU a path to a coalition government without them, then that could have spillover effects for Angela Merkel.

The latest polls have AfD averaging around 11% versus a strong push up to 18% by the Greens. The CSU has collapsed to just 35%. How accurate these polls are are anyone’s guess at this point, but given recent history I would not be surprised to see AfD outperform their polling numbers on Sunday.

Because if they do and the CSU/Green total is less than 50%, the CSU may be forced to form a three-headed coalition to freeze out AfD. And this is assuming that the CSU and the Greens could form any workable coalition in the first place.

That would truly upset CSU leaders, and the cries to break the Union with Merkel’s CDU would grow louder.

And with Merkel dealing with internal CDU disloyalty, the possibility rises quickly that her national coalition could collapse amid external pressure from Salvini and Di Maio over budget and debt issues. 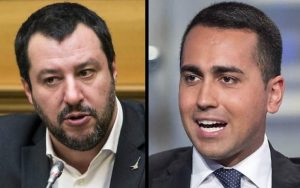 Germany and the Troika as it did for Greece. Salvini and Di Maio (pictured) are not Varoufakis and Tsipras, and Italy is simply way more important than Greece.

The euro is weakening by the day while Italian bond yields are spiking. Traders do not know what to do as each statement by an official associated with this fight moves Italian debt markets by 20 basis points.

And I shouldn’t have to say this too many times, but 20 basis point moves in sovereign debt markets is the definition of ‘not normal.’

Populist forces within the EU are angry and their power is growing. The technocrats in Brussels still seem to think that the old rules apply, but they do not. Scare tactics will not work on these men because they know that the ultimate move is to simply make preparations for a new currency, be it the mini-BOT that has been floated previously by Salvini or a new lira.

My read on the current state of affairs is as follows. Since the ECB is the only marginal buyer of Italian debt, which has been the case for more than a year now, any sharp rise in bond yields is a result of the ECB simply backing off that buying and market forces taking over.

This is the ECB’s biggest weapon. It will try to scare everyone by allowing Italy’s fiscal position to erode quickly making it impossible for them to issue debt at sustainable yields. But it does so at the expense of the value of the bonds it and other European banks already hold because they are dropping in value, undercutting the solvency of those banks.

If the Italian leadership holds the line and refuse to back down, then they call the ECB’s bluff on allowing rates to rise. The ECB has to come back in, begin buying to support the price, and to regroup for the next battle.

That’s what we’ve been seeing for a few months now in the Italian bond market. That’s where this war is being waged as well as the headlines. And Salvini and Di Maio understand it. Because if they didn’t they would have already folded.

Instead they have doubled down on their opposition to Brussels and Berlin, and added new vectors to their attacks.

This will not end well. 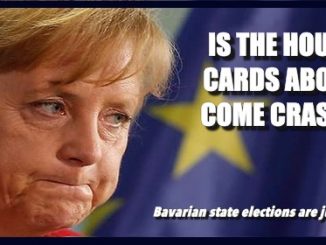 How Many More Lives Does Merkel Have Left? 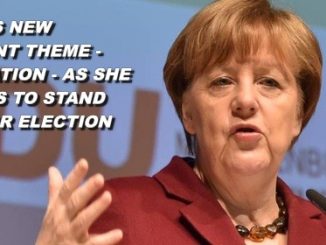