ER Editor: According to the Reuters report quoted below, Hungary’s fertility rate is standing at around 1.48-49. Replacement level is more or less a rate of 2.1. Orban will be trying to exceed this. Marriage rates are now going up as a result of Orban’s loan incentive, so 2020 might be the year to begin seeing some preliminary signs of it bearing fruit. Orban is realistic, however. This from the Catholic News Agency:

Prime Minister Orban openly addressed the country’s decades-long birth decline in a recent address, and outlined the long-term goal of reversing the trend and reaching the replacement level.

In his Nov. 14 speech at the 9th meeting of the Hungarian Diaspora Council, Orban noted that “we won’t achieve it in the short term, and perhaps only in ten years at the soonest,” referring to the replacement rate.

Orban emphasized the need to stay the course, and continue the government’s “family action plan”—of which there will be an expansion next year, he said.

Hungary’s Subsidy for Marriages Off to a Good Start

BUDAPEST (Reuters) – A new Hungarian government scheme to promote marriage and childbirth with subsidized loans has already helped produce a boom in weddings, though it is still too early to say whether more babies will follow.

Nationalist Prime Minister Viktor Orban has made it a priority to persuade more Hungarians to marry and have children to reverse a population decline. He has introduced a number of tax benefits and other programmes to favor families.

A big new scheme this year offers couples that marry before the bride’s 41st birthday subsidized loans of up to 10 million forints ($33,000). A third of the loan will be forgiven if they go on to have two children, and the entire debt wiped out if they have three.

One obvious problem with fixed amount subsidies for children is that they tend to encourage people whose reaction to $11,000 per child is Woo-hoo, we’re gonna be rich!

On the other hand, wealthy people in these post-2008 days in the U.S. are still pretty good about marrying and reproducing.

… In September alone, 29% more couples married than in the same month last year. Hungary saw the most September weddings since 1979. 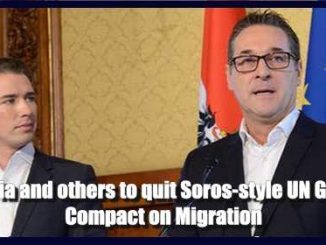 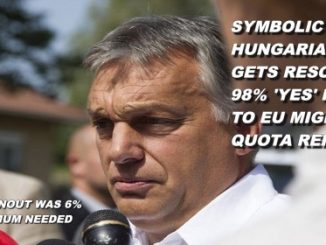