We have absolutely no idea why bringing these people to trial has taken FIVE and a HALF YEARS. As our recap below shows, the key players were all ‘dealt with’ in the first few days. The minor players currently being brought to trial are listed below in a Sputnik report.

We remind readers that the (in)famous Charlie Hebdo magazine, whose offices were shot up leaving a dozen famous reporters dead before lunch on January 7, 2015, had a reputation for publishing mocking cartoons of religions of all shades, especially Islam.

Here’s a recap of the several days of events back in early January, 2015, events which have raised reasonable suspicions:

One detail from that day, which has since been overlooked, is that the media picked up the story of how THREE men were involved. If memory serves, their identities were known because … passports were left in the vehicle that they later abandoned. However, the third suspect was a high school student aged 18, Mourad Hamyd, who was IN SCHOOL that day. His schoolfriends notified him, and he turned himself into police at the end of the afternoon. How on earth could you insert a person into the story who wasn’t there?

Organized before events had played themselves out satisfactorily … 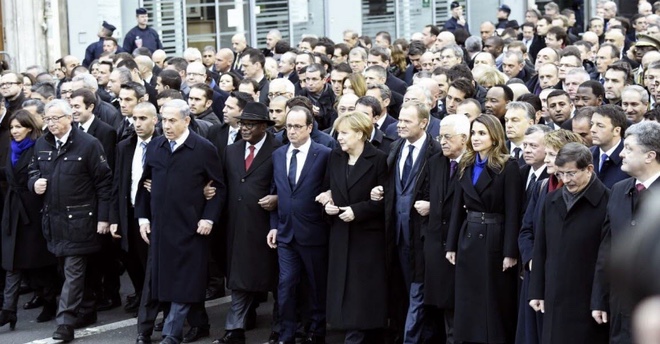 MOSCOW (Sputnik) – A trial of suspects linked to the January 2015 attacks on the satirical magazine Charlie Hebdo and a kosher supermarket in the Paris area will finally get underway in France on Wednesday.

The court will look into what role the 14 defendants may have played in organizing the three-day killing spree that left 17 people dead and dozen others injured in Paris and the Saint-Denis suburb.

The trial is expected to last for two months, during which testimonies of victims and their loved ones will be heard and the suspects questioned.

France’s anti-terrorist prosecutor Jean-Francois Ricard has told France Info that his office still does not “know the truth about many things,” more than five years after the tragedy.

The attackers — the Kouachi brothers and Amedy Coulibaly — were killed within minutes of each other following a nationwide manhunt.

The suspects who will go on trial are believed to have provided the trio of self-proclaimed fighters of the Daesh* terror group with weapons, money and other support.

Three of the defendants are presumed dead and will be tried in absentia. They are Coulibaly’s partner Hayat Boumeddiene and the Belhoucine brothers, who are believed to have fled to Daesh-controlled territories before the attacks.

Charlie Hebdo has a place reserved at the trial, according to a Justice Ministry video of the preparations for the landmark legal process. The magazine said on Twitter it will reprint the caricatures of Prophet Muhammad, which sparked off the bloodshed.

Charlie Hebdo Attack: Who Are The Fourteen Alleged Accomplices On Trial In Paris?

In January 2015 two French Muslim brothers barged into the head office of satirical magazine Charlie Hebdo and opened fire, killing 11 people including the editor, Stéphane Charbonnier. The terrorists – who also killed a police officer – were later gunned down along with an associate who carried out a murderous attack at a Jewish supermarket.

Fourteen people have gone on trial in Paris accused of assisting Chérif and Saïd Kouachi, the two jihadist gunmen who stormed Charlie Hebdo’s offices in the Rue Nicolas-Appert on 7 January 2015.

The Kouachi brothers were eventually killed by anti-terrorist forces after a manhunt.

A few days a former prison buddy of the brothers, Amedy Coulibaly, killed a police officer and then three customers and an employee during a siege at a kosher supermarket in Porte de Vincennes district. Coulibaly was later shot by police.

Because of its historical importance the trial in Paris – which is due to last until 10 November – is being videotaped for the national archives. So who are the 14 on trial?

Prosecutors say Ali Riza Polat, 35, was the link man between the Charlie Hebdo attack and the Jewish supermarket siege.

Polat, who is of Kurdish origin, allegedly bought the weapons which were used by Coulibaly and the Kouachis and later tried to flee to Daesh-controlled Syria via Dubai and Lebanon. BFMTV says Polat was convicted of selling drugs in the southern Paris suburb of Grigny in 2007 and became a convert to radical Islam while in prison around May 2014.

A close friend of Coulibaly, he faces life in prison if convicted.

Mickaël Pastor Alwatik, from the Paris suburb of Epinay-sur-Seine, has been tied by the prosecution to two guns and a glove used by Coulibaly. © AP PHOTO /
Customers chat in front of the Hyper Cacher during its reopening, in Paris, France, Sunday, March 15, 2015.

His DNA was found on a Tokarev semi-automatic pistol and a revolver found at Coulibaly’s home and a glove the gunman used at the Hyper Cacher scene.

Alwatik is believed to have met Coulibaly while they were at Villepinte remand centre, in north Paris. He has reportedly told police Coulibaly showed him Daesh videos from Iraq and Syria but denies being a jihadist himself.

Mohamed Fares, 31, has reportedly admitted to police he was a middleman who arranged for the sale of a Tokarev T33 assault rifle used by Coulibaly but has denied knowing what he planned to do with the gun.

Fares, from Lille, was only arrested in March 2018 after an investigating magistrate received an anonymous tip-off by email.

Amir Ramdani also met Coulibaly at Villepinte remand prison and there is evidence they met frequently between October 2014 and the attacks in January 2015.

Ramdani met Coulibaly on 6 January, only hours before the attack, but has told police he owed him 200 euros.

Samir Makhlouf – sometimes referred to as Saïd – was also a friend of Coulibaly’s and his DNA was found on a Taser which the terrorist had on him during the supermarket siege. Makhlouf says he cannot explain why his DNA was on the Taser.

Willy Prevost, 34, had been a friend of Coulibaly since childhood and lent him the motorcycle he used in the assassination of Paris police officer Clarissa Jean-Philippe.

Prevost and Coulibaly both grew up in the Grigny neighbourhood and met up again after the latter was released from prison in 2014.

Coulibaly had prevailed on Prevost to buy a Renault Scénic van, the vehicle he used to travel to the Hyper Cacher supermarket.

Christophe Raumel, 30, only knew Coulibaly through their mutual friend, Prevost.

The pair bought bulletproof vests, a knife and a Taser together and handed them over to Coulibaly but Raumel has said he thought he was planning to use them in a heist, not a terrorist attack. He faces up to 10 years in prison.

The owner of a garage in Belgium, Metin Karasular is accused of supplying “assault rifles, rocket launchers, ammunition and bulletproof vests” to Coulibaly and the Kouatchis.

Karasular claims to have links to the Kurdish nationalist PKK group and insists he had no sympathy with jihadists.

Michel Catio, a 60-year-old unemployed Italian national, is accused of assisting Karasular to supply the weapons.

A garage owner in Charleville-Mézières, north-eastern France, is also accused of being involved in the supply chain. Martinez reportedly converted to Islam 20 years ago.

Abdelaziz Abbad, who has been separately convicted of an unrelated murder, is accused of assisting Martinez.

Boumeddiene, now 32, married Coulibaly in an Islamic ceremony in 2008. © REUTERS / HABERTURK NEWSPAPER VIA REUTERS TV
Hayat Boumeddiene, the suspected female accomplice of the Islamist militants behind the attacks in Paris, is seen upon her arrival to Turkey in this still image taken from surveillance video at Sabiha Gokcen airport in Istanbul on January 2, 2015.

She participated in a number of vehicle scams which helped to finance the 2015 attacks.

Boumeddiene reportedly fled to Syria, via Madrid and Istanbul, in the wake of the attacks.

She appeared in the Daesh propaganda magazine Dar-Al-Islam, saying: “Muslims are not humiliated here.”

Reports last year suggested she had been killed in a US air strike but she was later seen at a camp where former Daesh members were being held.

She later fled the al-Hol camp and remains the subject of an international arrest warrant. She faces 20 years in prison if convicted.

Mohamed Belhoucine and his brother Mehdi are also being tried in absentia.

The brothers are believed to have been killed while fighting with Daesh in Syria or Iraq. Mohamed Belhoucine provided email addresses which were used by some of the other defendants. 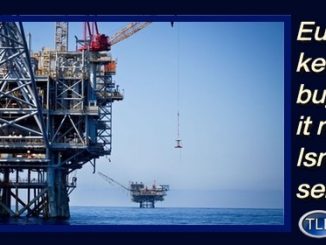 Why Is the US Apparently Not Testing for the COVID-19 Coronavirus?