Is France at War with Turkey?

As Russian diplomats are expelled from Europe, bringing the world to the brink of war, the NATO military alliance in Syria appears to be disintegrating. On March 29 French President Emmanuel Macron said France would send troops to help the Kurds in Northern Syria fight Turkish Defence Forces.

Turkey launched Operation Olive Branch on January 20 to oust PYD-YPD Kurdish forces from Afrin in Northern Syria. The PYD-YPD groups were renamed Syrian Democratic Forces (SDF) at the behest of the US military in order to disguise their links to the Kurdish Workers Party (PKK) in Turkey, which Ankara says is a terrorist organisation.

Now Ankara is accusing Paris of supporting terrorism against Turkey and has threatened to retaliate if France assists the SDF with troops. Paris has offered to “mediate’ between the Turkish government and the SDF, an offer which has been contemptuously rejected by Ankara.

In a recent interview with Le Monde, former French president Francois Hollande described Turkey as a French ally at war with a French ally. He insisted, however, that France continue to support the Kurds. Hollande also accused Moscow of allowing Turkey to invade Syria in order to weaken and divide NATO.

President Donald Trump has indicated that the US intends to scale down operations in Syria.

It looks like France is now fulfilling its duties as a vassal-state of the US – providing troops to prop up NATO’s proxy Kurdish forces. So, will France and the European Union face the wrath of Turkey, while the US takes a back seat?

According to Stratfor director George Friedman, Turkey’s military is more powerful than the French and German armies combined.

Erdogan’s Turkey has ambitions of reviving its Ottoman past. Turkey is a key strategic power between East and West. Ankara has a military presence in Qatar and Somalia, giving the Mediterranean power access to important strategic hubs of the Red Sea and the Indian Ocean.

Turkey has been increasing its investments in and engagement with African countries in recent years. Ethiopia, Somalia, Sudan, Nigeria, Ghana and South Africa have become important Turkish trading partners.

One of the reasons for French hostility to Gaddafi’s Libya was its determination to compete with French influence in Africa. Turkey’s increasing influence in Africa is, sooner or later, going to be a concern for Western European powers, especially France.

But Franco-Turkish relations have not always been bad. In the 16th century France relied on Ottoman support to counter the power of the Holy Roman Empire. Through its alliance with the Ottomans, France gained important trading concessions (‘capitulations’) in the Middle East. The French continued to use alliance with the Ottomans to contain the Austrians in the 17th and 18th century.

The politics of genocide

But in recent years France has appeared to be determined to antagonise its old diplomatic ally. In 2016 the French assembly passed a law making it illegal to “deny” the Armenian genocide of 1915. Henceforth any historian who doubts aspects of the “official” history could go to prison and face a fine of 45,000 euros. Turkey continues to deny its responsibility for the Armenian genocide.

Since the Gaysot Law making it illegal to question any aspect of the Jewish genocide during the Second World War, history in France has been increasingly falling into the purview of jurisprudence rather than historiography. France’s attempt to legislate on Turkish history was clearly a political move intended to score points over a potential geopolitical rival. The Armenian genocide has become a cause célèbre of elite actors and activists of the Western imperial establishment.

Towards the end of the 19th century Western powers had heavily infiltrated the Ottoman Empire through their contacts with powerful Armenian officials. Armenian nationalists and socialists formed the Hunchak Committee and the Armernian Revolutionary Federation (ARF). The Turks believe those groups were encouraged by European and Russian imperialism to rebel against the Ottoman government in order to destabilise the empire.

Whatever the historical truth is regarding the genocide, the Armenian genocide cause is a key feature of Western imperial policy towards Turkey.

France’s support for the Armenian and Kurdish causes and its hostility to Turkish membership in the European Union strongly indicates that the French fear Turkey’s growing power. However, France is one of the top sources of direct foreign investment in Turkey and a rupture of relations would jeopardise many powerful interests.

The Kurds have important friends in Paris. Philosopher Bernard Henri-Levy has lobbied extensively in France on their behalf.

Bernard Henri-Levy played a key role in lobbying for a French military intervention in Libya in 2011. Levy makes no secret of the fact that his first allegiance is to Israel. A Kurdish state in Syria would be in Israel’s geopolitical interests. Surrounded by hostile Arabs and Turks, the Kurds would inevitably rely on Israel for security, thus facilitating Israeli hegemony in the region.

Since the Cold War, US policy towards Turkey has been to use it as a regional power to be wielded against the USSR. Turkey has been a central player in the destabilisation and destruction of Syria. But Ankara entered Syria with its own geo-strategic agenda.

Now Turkey’s national security interests are being threatened by the Western military alliance. NATO which has until now supported thousands of terrorist groups, many of whom fight among themselves, appears to be disintegrating in Syria.

The supposed “socialism” of the Kurdish groups in Syria has been a media selling point in the west. There is nothing petty-bourgeois anarchists and self-proclaimed “revolutionary socialists” love more than the sight of Guevarra-esque Kurdish militia and their “workers councils”. The acephalous nature of the PYD-YPG (Democratic Union Party – People’s Protection Units) forces in Syria mirrors the kind of revolutions and “spontaneous uprisings” fomented by the CIA in the developing world and increasingly in the first; it also ensures imperialism’s domination of the movement.

In 2017 the International Revolutionary People’s Guerrilla Forces were formed to provide anarcho-queer and feminist support for imperialism’s Kurdish cause. The spread of sexual perversion in the developing world through pseudo-leftist ideology has in recent years became the very avant-garde of Western imperialism. Marxist-Leninists always considered homosexuality to be a social problem which, in its modern manifestation, was attributed to bourgeois decadence; but there are few Marxist-Leninists today who would have the courage to say that.

The Kurdish PYD have close ties to the Rosa Luxemburg Stiftung in Germany, which was instrumental in the CIA’s 2014 neo-Nazi coup in Ukraine.

Throughout the world, postmodern leftist terrorism and Takfiri jihad are clearing the path for imperialism.

Since the recent Skripal psyops against Russia, Ankara has refused to expel Russian diplomats. It now looks like Turkey can no longer be used by the West as a stick with which to beat Russia. Turkey is an emerging empire with its own strategic interests.

In the 21st century it doesn’t make much geopolitical sense for an empire such as Turkey to remain bound by the interests of the North Atlantic Treaty Organisation: Turkey is not an Atlantic power.

As a Maritime power with strategic access to the Black Sea, the Mediterranean and now the Red Sea and Indian Ocean, Turkish Neo-Ottomanism is a reality. Although still at war with Russia and Iran’s allies in Syria, and deeply complicit in the reinforcement of terrorism, Ankara has gravitated more towards the Moscow-Tehran axis in the last couple of years.

Nonetheless, Turkey’s intermediate geopolitical position makes it an unreliable partner for Eurasianists. Uighur terrorists fighting for the independence of China’s Xinyang province (East Turkestan) are still backed by Ankara; and there is no indication that the Turkish regime has severed its links to Takfiri terrorism.

President Recep Tayyip Erdogan has threatened Europe in the past. In 2016 the Turkish president warned that Turkey would flood Europe with migrants if the EU did not concede to his demands for more money to deal with the migration crisis. Erdogan is now threatening Europe again. As migrants continue to arrive en masse into Europe’s cities, with thousands of Islamic State and Al Qaeda terrorists among them, France is playing with fire in antagonizing Turkey. As the migration crisis intensifies in France and throughout the crumbling European Union, France will not be capable of fighting foreign wars – especially against resurgent military behemoths like Turkey. American analysts are predicting that “New Europe” rather than “Old Europe” will undertake that task. Poland is out of kilter with the EU. Poland understands that immigration of culturally dissimilar citizens is not in its interest. Poland is being armed to the teeth by the United States.

If the EU collapses, chaos will ensue. France will face independence struggles in Corsica and large-scale Islamist terrorism. Only Hungary, Austria, Poland and The Czech Republic and Slovakia will be capable of defending Europe from the Neo-Ottoman assault. But we should not be under any illusion about the nature of that “defence”. Uncle Sam will support both sides until a war of all against all brings mankind closer to a global government. Former EU commissioner Javier Solana has said Europe is the laboratory for world government.

A prolonged period of austerity and civil war will force citizens to look to global institutions for peace and protection. When plans for the Arab Spring were announced by former US Secretary of State Condoleezza Rice before the American Israeli Public Affairs Committee in 2005, Rice referred to the necessity of “creative chaos” in the reconfiguration of a “New Middle East”. What we are now facing is creative chaos preceding a “New Europe” and more importantly a “New World” …. order. 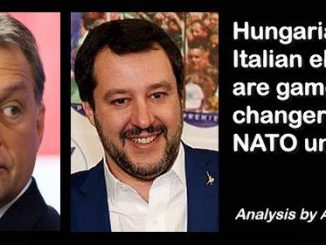 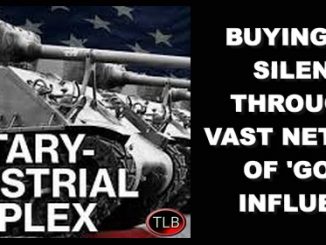 The All-Pervasive Military/Security Complex Working To Silence Us 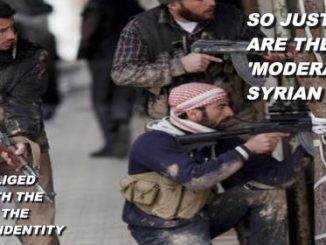