Farmers in The Netherlands are fed up with so-called ‘Green Fascists’ dictating farming policy from The Hague, and have launched a massive protest that is bringing transportation to a standstill.

Thousands of large tractors formed a tractorcade to storm The Hague, the capital of The Netherlands.

According to Dutch News NL:

The demonstration has been prompted by a suggestion from coalition party D66 that Dutch livestock farming should be slashed to meet commitments on reducing nitrogren emissions. Farming organisations say their members are sick of being described by politicians, the media and activists as pollutors and animal abusers.

The Dutch people are supporting the farmers by a margin of 80%.

The green fascist movement wants to destroy factory farming, eradicate the beef and pork industries and basically run farmers out of business. How people would sustain themselves without a robust food change is apparently a non-issue with them.

This type of protest might well spread to neighboring nations as well.

This video is included in the Zerohedge/Summit News piece:

There were record traffic jams on the roads on Tuesday as thousands of Dutch farmers stormed The Hague to take part in a mass demonstration on tractors. Police are expecting more disruption on the roads as the farmers make their way home.

Geert Wilders climbed on a tractor to give his speech, telling the farmers that they were “the heroes of society”. The PVV leader said farmers were respected by citizens. He was cheered by the protesters.

According to Wilders, farmers have been instrumental in lowering nitrogen output, but instead of praise, they are being singled out as polluters and threatened with bankruptcy. He said the establishment in The Hague should be paying instead.

The protest was organised after a suggestion from leftwing coalition party D66 that Dutch livestock farming should be slashed to meet commitments on reducing nitrogen emissions. But farming organisations rejected the new arbitrary climate measures saying their members are sick of being described by politicians, the media and activists as pollutors and animal abusers.

The Hague city council gave permission for 75 tractors to head for the city and the rest will be either diverted to the beach at Scheveningen or to ADO Den Haag football club’s car park. One farmer was arrested for driving over the central reservation to avoid road blocks, according to broadcaster NOS.

There were record traffic jams on the Dutch roads on Tuesday morning as thousands of farmers headed for The Hague to take part in in the protest. Motoring organisation ANWB said Tuesday morning’s rush hour was the worst ever with over 1 100 kilometres of halted traffic.

Queues of 40 kilometres were noted on the A2 from Utrecht to The Hague alone.

Heavy rain contributed to the traffic problems, the ANWB said. The farmers joined up at the Malieveld close to parliament, where tens of thousands converged for the protests.

Agriculture minister Carola Schouten (ChristenUnie) has meanwhile told farmers that she has heard their pleas and that the number of cattle and pigs on Dutch farms will not be halved on her watch.

Minister Schouten, who comes from a farming background herself, said in her speech that nobody could ignore the farmers now and that she was listening. “Dutch farming is developing and your methods are different from those your parents used. Your children will do things differently again. That is the strength of our agriculture,” Schouten said.

She added that as long as she was minister, farmers would not be forced to cut back on the number of animals they keep. The VVD, CDA, ChristenUnie and PVV came out in support for the farmers, with CDA parliamentary party chairman Pieter Heerma saying the occasion was an “historic” one. Much of the party’s support traditionally comes from farmers.

But protest organiser and sheep farmer Bart Kemp blamed Schouten because she “had made a mess” of Dutch agricultural policy. Farmers believe they are being victimised while the aviation industry is escaping scrutiny.

Also, the future of thousands of families is in danger as a result of the “airily launched plans of Jesse Klaver and Rob Jettens” who, Kemp said, have no idea what they are talking about. Both politicians are leftist ideologues.

Kemp added that farmers were fed up with being called “environmental criminals” even though they are the ones who are producing the country’s food. Both Klaver (GroenLinks) and Jetten (D66), who had earlier proposed farmers halve their livestock, were booed at the meeting on the Malieveld close to the parliamentary complex.

“Farmers and growers are sick of being painted as a ‘problem’ that needs a ‘solution,’” Dick Bruins of LTO, an agricultural industry group, said in a statement.

“Suddenly everyone is worried. We’re getting blamed and badly represented in the media, everyone is blaming us for climate change but planes are worse than farmers and no-one is talking about them,” Vincent, a 17-year-old dairy farmer told the BBC. 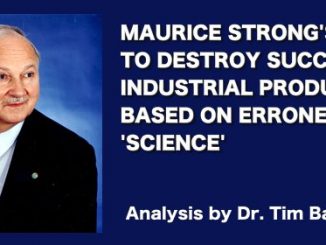