Antisemitism Is Now a Mass Movement in Britain

It seems as if British Jewish pressure groups have achieved their goal: anti-Semitism is now a mass movement in the UK. The rabid Zionist Algemeiner reports that “Antisemitism and virulent Israel-hatred were rife on Saturday at a pro-Palestinian demonstration in London.”

The Jewish press seems to be upset by a pro-Palestinian march that assembled at the offices of the BBC, not too far from a synagogue. I guess that the rationale is simple: once London is dotted with synagogues, human rights enthusiasts will be pushed out of the city. They will have to gather somewhere out of the green belt. 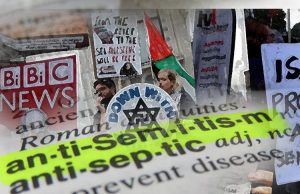 Jewish outlets complain that participants brandished ‘antisemitic badges and placards,’ such as “Israel provokes anti-Semitism.” I am puzzled. Is this really an anti-Semitic statement? If anything, it is an attempt to identify the cause of anti-Semitism.

Jewish outlets are also upset by images of the Star of David crossed with a swastika. To start with, those who equate Israel with Nazi Germany actually contemplate the memory of the Holocaust and are by no means ‘deniers.’ I guess that the time is ripe for Zionists and supporters of Israel to accept that in consideration of the ongoing Israeli racist crime in Palestine, the Star of David has become a symbol of evil in the eyes of many.

The Jewish press is upset by the slogan “from the river to the sea, Palestine will be free” that calls for Israel’s destruction. I would actually expect Jews who seem to be upset by the Hitlerian concept of an ‘Aryans-only state’ to accept that the concept of a ‘Jews-only state’ is equally disturbing.’ They should support Israel becoming ‘a state of its citizens’ and accept that sooner or later this state will evolve into Palestine, from the river to the sea.

The Jewish press is totally irritated by Jewish Voice for Labour’s Secretary Glyn Secker, who claimed that pro-Israel Labour officials were a “fifth column” in the party and asked, “What on earth are Jews doing in 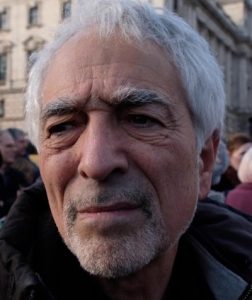 the gutter with these rats?” I would remind my readers that Jewish Voice for Labour (JVL) is itself a Jewish racist exclusive political body that wouldn’t accept non-Jews into its ranks. I have wondered more than once how it is possible that the anti-racist Jeremy Corbyn is willing to be associated with such a body. However, in his statement (if quoted correctly by the Jewish press), secretary Glyn Secker actually expresses the most disturbing tribal supremacist view. He looks down at a bunch of labour MPs whom he labels ‘rats’ and call for his Jewish brethren to disassociate from these low creatures. Glyn, in practice, sustains the Jew/Goy binary divide. He should actually receive the Kosher weekly award rather than be abused by the Zionist league.

But we can be reassured. Campaign Against Antisemitism has already confirmed that they are “reviewing the evidence that we gathered today. Where crimes have been committed, we will work with the authorities to ensure that there are arrests and prosecutions.”

The facts on the ground are undeniable. The more Jewish bodies campaign against anti-Semitism, the more opposition to Jewish politics is detected. The relentless Zionist campaign against Corbyn didn’t hurt him, as he is still leading in most national election polls. Branding Nigel Farage as an anti-Semite didn’t touch the man whose party is polling higher than the Tories and Labour combined in the coming European Parliament election. One way to look at it is to argue that Brits are not moved by the Jewish anti-Semitism hysteria. Another way to look at it is to conclude that Brits are actually grossly disturbed by the anti-Semitism frenzy.

Being hated by the Zionist lobby has become a badge of honour, an entry ticket to Britain’s political premiership.

Brexit Is All About Making Israel Greater