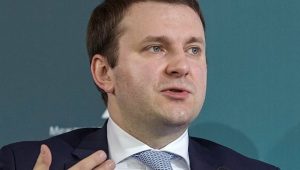 Their comments came after Russian Economic Development Minister Maxim Oreshkin (pictured) met with French business executives in Paris earlier this week, in a gathering that was attended by the representatives of 21 major French companies, including Total, Renault and Schneider Electric.

Borina Andrieu, director general of the architectural bureau Wilmotte & Associes, said that “it was interesting to meet the Russian Economic Development Minister although this meeting did not come at the most favorable moment.”

“I can say that the French companies are still showing interest [in developing collaboration with Russia]. During the meeting, participants said that there are signs of improving conditions for business development in Russia, among other things,” Andrieu said.

According to him, “it is very good that there is a dialogue and there is a desire to cooperate.””I see the presence in Russia of such companies as Total, Servier, Sanofi, Engie and Renault. I am director general of an architectural bureau, and we are dealing with several projects in Russia. In Paris, we worked on the Russian Spiritual and Cultural Center project,” Andrieu added.

“I do not claim that there are no difficulties, but Russia is an interesting country, and I believe that we need to continue to develop our relations in this direction,” he pointed out.

He also said that “even though we do not make big money, Russia has allowed us to show our skill because participation in projects of a similar scale in Russia has made a positive impact on the reputation of our bureau.”

Andrieu was echoed by Yves-Thibault de Silguy, vice-president of the Movement of French Enterprises, who recalled that “France is very widely represented in Russia,” citing 30 billion euros in bilateral trade turnover and noting that France is “the second largest foreign investor in Russia.”

“We take part in a number of major projects. Despite the economic situation, the problem of [the anti-Russian sanctions] and the political climate, French companies want to continue doing business in Russia,” De Silguy told Sputnik.

He also recalled that “the sanctions hit our trade and the agro-industrial sector hard, something which forced Russia to develop local production.”

“It in turn leads to the fact that French enterprises — ones that have such an opportunity — focus more on investments and on the development of their production in Russia,” he said.

Clemens Blum, spokesman for the company Schneider Electric, said for his part in an interview with Sputnik that “for Schneider, Russia is a very important market.”

“Russia is one of the five most important countries for us in terms of supplying our products. For many decades we have been investing in Russia, where more than 12,000 people work for us. We develop and manufacture our products in Russia, so we see this country as a very important market,” Blum said.

Political and trade relations between Russia and the European Union deteriorated in 2014 amid the Ukrainian crisis and following Crimea’s reunification with Russia.

Brussels introduced several rounds of anti-Russia sanctions, and Moscow introduced countermeasures, imposing food embargoes on the countries that implemented the sanctions. Earlier in August, the bloc added three Russian nationals and three companies to its anti-Russian sanctions list over the alleged illegal transfer of gas turbines to Crimea.

Last week, United States President Donald Trump signed into law a bill imposing new sanctions against Russia, Iran and North Korea. Most notably, the law slaps sanctions on Russia’s defense, intelligence, mining, shipping and railway industries and restricts dealings with Russian banks and energy companies. The move punishes Moscow for its alleged meddling in the 2016 US presidential election, its alleged involvement in the situation in Ukraine, as well as its military activities in Syria. Russia has repeatedly denied the allegations.

State of Medical Emergency: The New Terrorist May Be the Asymptomatic Carrier 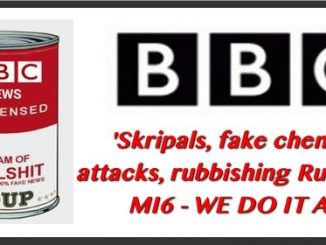 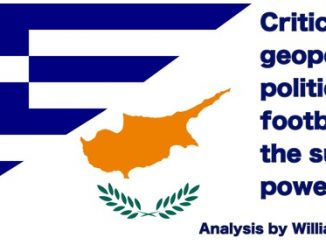