Unreported: 1,500 pedophile arrests have been made nationally since Trump took office

President Donald Trump is making good on his pledge to use the “full force and weight” of the U.S. government to break up child sex trafficking rings and lock up sexual predators.

Since Trump was sworn in, authorities have arrested more than 1,500 pedophiles in the United States.
President Donald Trump issued an executive order giving the FBI extra power to crack down on human trafficking offenses. 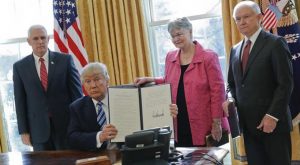 “This should be one of the biggest stories in the national news. Instead, the mainstream media has barely, if at all, covered any of these mass pedophile arrests. This begs the question – why?” Liz Crokin wrote for Townhall.com on Feb. 25.

The numbers are “staggering” when compared to the less than 400 sex trafficking-related arrests made in 2014 according to the FBI.

In a press conference from the White House on Feb. 23, Trump addressed how human trafficking is a “dire problem” domestically and internationally. “Dedicated men and women across the federal government have focused on this for some time as you know – it’s been much more focused over the last four weeks,” he said.

The press conference “was barely a blip in the mainstream media and the massive arrests have been almost completely ignored by the MSM altogether,” Crokin wrote.

Crokin noted some of the major arrests that have been made since Trump took office:

Meanwhile, as the major media “ignored these historical arrests, they have zeroed in on casting conservative icon Milo Yiannopoulos as a monster,” Crokin wrote.

“They claim he supports pedophilia based on comments he made in a video years ago. The reality is Milo was a victim of child sex abuse, and although he did joke about his abuse in an interview, he in no way promotes pedophilia. The opposite is true, and he addressed this controversy head on in a press conference. Milo has personally taken down and exposed pedophiles in his columns over the years. However, the mainstream media and the left ignored this information and demonized Milo.

“The irony of all this is that the left and MSM have been the biggest proponents of pedophilia. Salon has published articles attempting to normalize pedophilia; however, to maintain their faux outrage over Milo, they deleted them.”

The “good news,” Crokin noted, “is that we have a president who genuinely does care about children and he’s vowed to make solving the human trafficking epidemic a priority.

“The recent pedophile arrests are just the tip of the iceberg and, whether Tapper and his ilk in the MSM like it or not, this story will eventually get so big that they will be forced to cover this horrific epidemic that has plagued our country for too damn long.” 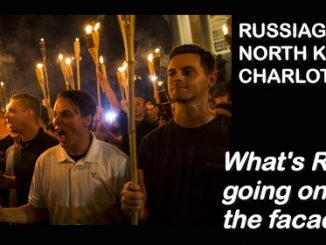 Distraction #Charlottesville – What We Shouldn’t Be Paying Attention To 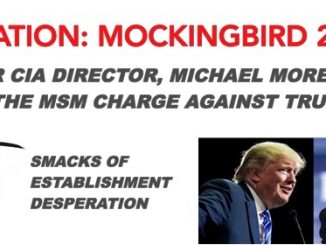