Clearly, the fix is in: European countries are to be mixed and mashed out of all recognition by importing a wave of people from the third world. This has been decided at the highest levels, and you have no choice in the matter. None.

The job of the liberal media is to label as ‘evil’ anyone who has any questions and to grease the wheels of the incoming traffic.

Things are easy for me. I have never believed in democracy. I know we do not have a choice. I also understand that we are living through an agenda dressed up as choice.

This means I am rarely disappointed.

If you want latte instead of cappuccino, or for letterboxes to be blue instead of red, sure, your vote might count. But where it actually matters, it doesn’t.

Be it mass immigration, social engineering via media indoctrination into radically-changing definitions of what is normal, or central banks, wars on countries which have done us no wrong – the list is depressingly long – we have no choice. 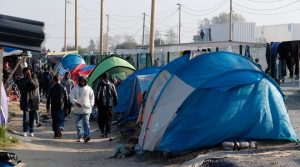 Government is the interface between us – the tax-paying peons – and those who make the actual decisions. Government and media collude together to make what is – to me at least – insultingly bad farce look real; or real enough for us to make up the shortfall by suspending disbelief and embracing plausible deniability long enough to lose ourselves in another round of buying something useless or drowning our doubts in a shiny packet of genetically modified sugar-based poison.

Occasionally the contrast between objective reality and the liberal propaganda used to obfuscate it is sudden and stark enough to spook the herd; just occasionally the lies are so strikingly obvious even the well-worn tracks of Pavlovian enforced empathy – which normally serve to keep the wheels of our reason fixed within rigid, narrow parameters – fail; instead of drooling the requisite gush on command, the herd pauses long enough to look at the feed at the trough to wonder if there might be some connection between what it is eating and the fact the truck which takes their friends always comes back empty.

This is one of those times.

As always, the liberal media claims to support the oppressed. That never includes those people whose fathers actually built Europe or Europe’s related nations, of course, or those – whether of European descent or not – whose taxes maintain those countries today.

No. It only ever includes those who have contributed nothing, but want in.

We have been fed a steady stream of pathos about those at Calais and the terrible conditions in the so-called Jungle. To be clear: these people are already in Europe.

But just being in Europe isn’t enough. They want to come the UK. So media has dutifully told us about children – we have to gush now, surely? 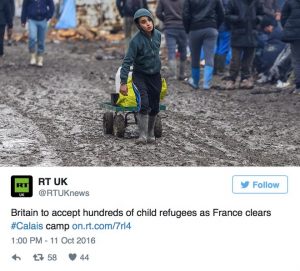 Children – to me – are small people between toddler age and twelve or thirteen. Children grow up, of course, but media insists I gush over this; well, alright: I’m gushing.

But when we saw the photographs of these “children” even the most indoctrinated of us took a double-take: swarthy men of fighting age waltzing into Britain.

And the British Government’s concern is what? To erect a screen to hide the blindingly obvious from the poor mutts who have to pay for this invasion.

Personally, I’m tired of hearing the term “refugee” used for those at Calais. If you got to Europe you are no longer a “refugee” – at least, in any precise sense. If you want access to a particular country because they’ve got a nice, cushy benefits system, you are an ‘economic migrant.’ And if you are claiming to be a “child” when you are clearly not, then you are also a lying opportunist.

And the people opening the gates while colluding in your lies are traitors.

There are many people with a genuine claim to live in the UK, but who may not.

For example, a huge number of British citizens married to non-EU nationals may not bring their legal spouses to the UK because they do not earn enough.

Vincent Nichols covers this subject for the Guardian. In his piece he states: “The people I met were citizens of this country, holders of British passports. All of them, however, were broken-hearted because they were not permitted to bring their wives or husbands to live here. In each case there was going to be no call on the public purse – in fact each excluded spouse would be an earner and a taxpayer, not a benefits claimant. Yet protection of the public purse is the constant argument from our government on limiting immigration. From what I was being told, this argument is false and misleading.”

Nichols found that the government’s own figures estimate that as many as 17,800 families each year are broken up as a result of this policy.

Meanwhile, smirking single men with no connection to the UK walk in on the basis of lies so obvious and damning that the Government is shamed into putting up screens so its mockery and corruption of the “compassion” it claims for “children” not be exposed for the cynical deception it obviously is.

Then we have those people from the EU who legally moved to the UK and have contributed to the economy and made homes and lives. What about them?

Their futures are completely up in the air. The Guardian tells us: The chances of EU citizens settled in Britain retaining all their rights to live, work and retire in the UK after Brexit have been rated as zero by legal experts.

Thus, the sight of the UK government wheeling in bus-loads of economic migrants from Calais must stick in the craw of many of the Poles and others who entered the UK legally and have lived, worked and paid taxes into the system.

Existing immigrants in the UK

The liberal worldview assumes that all those who have come to European countries from the third world must be enthusiastic about more of the same. But that is far from the case.

Existing immigrants and second-generation immigrants explained so simply how things really are, even a liberal could understand it. 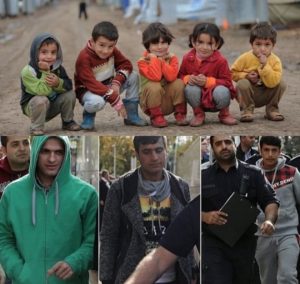 The Guardian reports: There are pockets of support for Brexit in the south Asian community. Among them is Mahmood, who came to Britain in 1989 and is proud of his success in a business that has been in his family for decades.

Referring to himself as an Anglo-Pakistani, Mahmood is aware of the irony – coming from an immigrant family, he now wants to pull up the drawbridge on others. He says, however, that all his views are valid. “We have worked so hard to earn the right to live here and we contribute to the communities. What we don’t want is more people coming in who won’t bring anything positive and will just take,” he says.

A lot of people agree with Mahmood; but that won’t matter.

We need to be realistic: European countries did not attract millions from the third world because conditions there are so great.

Those who made up previous waves of immigration came to the West because they wanted a better life. And whether a liberal is able to grasp this very basic point or not, immigrants are certainly able to: the fact that life in European countries is better than where the immigrants came from has a direct connection with the characters, systems of ethics, histories and cultures of those peoples who created and built both environments.

In short, Mahmood correctly understands that if you tip the scales of European countries far enough, they’ll turn into what he left the third world to get away from – and he doesn’t want that.

This brings me back to my opening point: none of our opinions count. Whether we be indigenous British, British Asians or British Blacks who have been here long enough to call themselves genuinely British, or Poles and other Europeans who have contributed to the UK, none of us has a choice.

We may have liked the garb of liberalism and its gushy, inclusivistic language while the process was just getting underway; and I agree: it seems good as long as you don’t analyze it.

But this ain’t stopping; just because it served to get you and your family over the line however-many-years ago and you enjoy a nice life now, doesn’t mean the drawbridge will now come up. It won’t.

The propaganda was never about what it claims. It was always following another agenda.

And that is why – when liberal compassion propaganda exposes itself as the treacherous fraud it always was – any pretense at freedom, tolerance, reason, or genuine compassion goes out the window, and the government simply erects screens to stop you seeing what it is doing.

Sam Gerrans is an English writer, translator, support counselor and activist. He also has professional backgrounds in media, strategic communications and technology. He is driven by commitment to ultimate meaning, and focused on authentic approaches to revelation and realpolitik. He is the founder of Quranite.com – where the Qur’an is explored on the basis of reason rather than tradition – and offers both individual language training and personal support and counseling online at SkypeTalking.com. 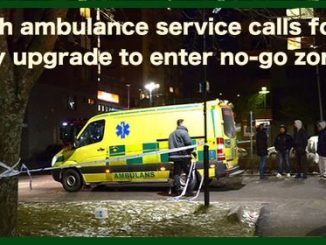 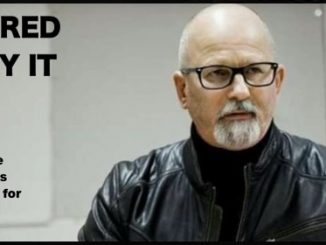 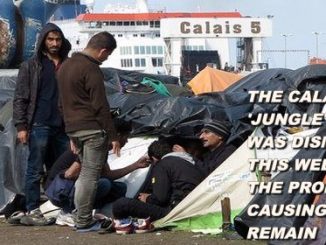 Coming soon to a pretty French village near you: Calais ‘Jungle’ refugees