OTTAWA (LifeSiteNews) — A Liberal government bill that would force social media companies to pay Canadian legacy media for news content shared on their platforms was rushed through the House of Commons last week despite massive pushback from critics.

Bill C-18 – also called the “Online News Act”  – was pushed through its third and final reading in the House of Commons last Wednesday, and was quickly sent to the Senate where it then passed its first reading.

The bill is being ushered through with the full support of the governing Liberals under Prime Minister Justin Trudeau, as well as the left-wing New Democratic Party (NDP) and the Bloc Quebecois.

The fast-tracking of the bill comes despite it being blasted by critics as an attack on independent media, with some warning it could lead to the “death” of the free press in Canada.

Bill C-18 was introduced in the House of Commons by Trudeau’s Heritage Minister Pablo Rodriguez in April of 2022, and seeks to involve Big Tech social media platforms such as Facebook and Google in the regulation of internet content in Canada.

According to the bill’s text, news outlet that the are given the label of a “qualified Canadian journalism organization” could be given favorable rankings on Big Tech platforms, and would even be entitled to “fair compensation” whenever their news content is shared on such sites.

Even social media giant Facebook has blasted the bill, warning the government it will lead to news content being inaccessible for Canadians.

“If this draft legislation becomes law, creating globally unprecedented forms of financial liability for news links or content, we may be forced to consider whether we continue to allow the sharing of news content on Facebook in Canada as defined under the Online News Act,” said Marc Dinsdale, who serves as Facebook’s head of media partnerships for Canada.

MPs for the Conservative Party of Canada (CPC) have likewise blasted the bill and its implications for a free and fair press.

“Simply put, this law would force Facebook, Google and other internet companies to prioritize CBC (Canadian Broadcasting Corporation) and other government-approved news outlets on our feed over the smaller alternative news media platforms that may be more critical of the NDP-Liberal view of the world,” CPC MP Brad Redekopp said during the debate about the bill last week.

Michael Geist, who serves as the research chair of internet and e-commerce law at the University of Ottawa, commented in a recent blog post that Bill C-18 getting rammed through the House of Commons is an “embarrassment.”

“The government cut off debate at second reading, actively excluded dozens of potential witnesses, expanded the bill to hundreds of broadcasters that may not even produce news, denigrated online news services as ‘not real news’, and shrugged off violations of international copyright law,” charged the expert.

Canada, like many western nations, has seen a rise in independent online news media in recent years as trust in legacy media has plummeted.

According to Derek Fildebrandt, who is the publisher and CEO of the independent Western Standard, Bill C-18 is a direct attack on media that does not get government funding.

“For all practical purposes the way Canadians consume media will have the clock set back 30 years [with Bill C-18]. No more reading your news on your phone or tablet in the morning. Get ready to pony up for a daily, old-fashioned physical newspaper subscription for your morning read, and book an hour off after dinner to sit down and watch the nightly newscast on your television,” wrote Fildebrandt in a recent blog post.

“It would mean the death of the new media in Canada as we know it.”

Fildebrandt used an analogy of a “paperboy” to explain why Bill C-18 makes no sense in his view.

“In 2022, Facebook is the new paperboy. It delivers the publisher’s product to readers, and the publisher can then attempt to convert them into subscribers and sell advertisements,” noted Fildebrandt. “But the Online News Act would require our 2022 paperboy (Facebook) pay the publisher for the privilege of distributing their product for them.”

Bill C-18 is just one of multiple internet regulation bills put forth by the Trudeau government.

The highly contentious Bill C-11, which has likewise faced immense criticism for its implications on freedom of speech, recently passed its second reading in the Senate.

Critics have long warned that Bill C-11 will stifle free speech online, and even Big Tech giants YouTube and Apple, who both have a history of censorship, have  urged the Senate to stall the passing of the bill. 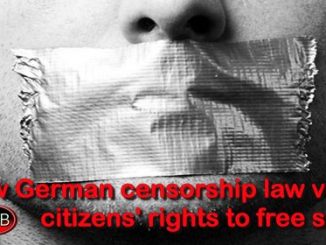 Germany: Are We Seeing The Return of the Stasi Police State? 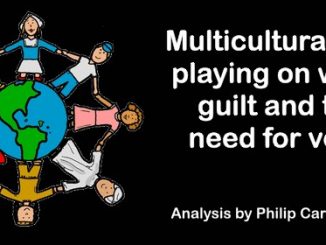