ER Editor: We also recommend this story from last month titled Germany’s AfD being targeted ahead of European elections. The post was published on Jan. 30 by the Anti-German Antifa Underground (AAU).

“Instructions for Assassinations on AfD Swine during the Election Campaign!

Form teams. The A team should consist of two armed operators. White German women are ideal. Bodyguards will pay less attention to women who are pretty, made-up, and well-dressed. Running shoes required.

The B team are spotters to keep an eye on the surroundings. Spotters remain outside the main campaign venue. They transmit only the most vital info via secure walkie-talkies. They are equipped with fireworks to distract bodyguards.

The armed operators maintain a low profile at the event. Scan the venue for target, bodyguards, police. Movements and breathing must be calm, facial expression friendly and relaxed.

The spotters decide via walkie-talkie when to ignite fireworks as distraction. Before the explosion, they should begin leaving the premise in different directions on bicycles at a usual pace of approx. 15 kph. When the distraction occurs, the bodyguards will be focused on the direction of the bangs. At this moment, the operators close in on target. Draw weapons slowly and cross-fire double-tap at the immobilized target’s head. Immediately deposit weapon in coat or jacket pocket and hold on to it. Fire at threats from pocket if necessary.

Quickly make your way out of the frightened crowd to getaway van. Change clothes. Leave weapons behind. Drive van to prearranged location, scatter on motorbikes.

Thereafter, each team member is on their own. Eat fresh fruit.”

Here is a screengrab of the Antifa post (in German): AfD Chair in the German Bundestag Alice Weidel responded to the threat:

“With this outright call to murder, the far-left terror against the AfD has reached a new level. If they are calling for armed assassination, it seems all restraint has fallen. I call on the German government to classify so-called Antifa as a terrorist organization and close down the Indymedia portal. And I call on the Secret Service to concentrate on the real threats to democracy in this country instead of compiling huge, empty dossiers on the democratic opposition.” 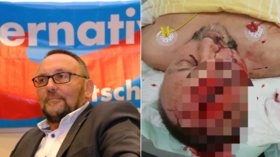 In January, AfD member of parliament Frank Magnitz (pictured) was attacked from behind and hospitalized in the city of Bremen, as Gateway Pundit reported. Although there is video of the attack and an Antifa group claimed credit, no arrests have been made so far.

Thursday night in Berlin’s Neukölln district, three men set fire to the car of an AfD member. One of the men was arrested and turned out to be an “antifascism expert” who had previously worked for the left-wing Amadeu Antonio Foundation, which is funded by the German government and George Soros’ Open Society Foundation. The Amadeu Antonio Foundation is run by former East German Stasi informant Anetta Kahane, who informed on artists and friends in the 1970s, including actor Klaus Brasch, who subsequently committed suicide.

“As the German government threatens to send the secret service after us, they are winking and nodding at the radical violent Antifa that we are fair game. Last month AfD politican Frank Magnitz was attacked and hospitalized, but all the mainstream media and politics can talk about is the danger of the far-right. I was one of the first politicians to call for Antifa to be declared a terrorist organization, and I hope that law enforcement will react now before it is too late, otherwise the blood of the next victim will be on the government’s hands.” 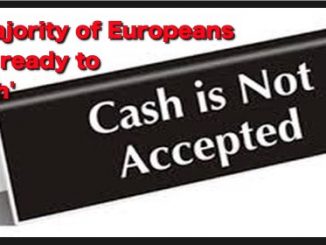 95% Of Europeans Reject EU Efforts To “De-Cash” Their Lives 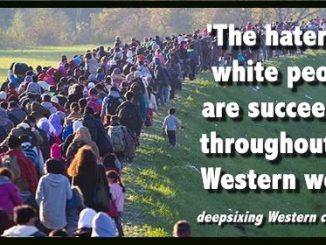