This video is simply too valuable to ignore. The Right Honourable Lord Green of Migration Watch gives a 34-minute interview in which much is revealed about Britain’s mass immigration.  The video follows below; some of the main points raised can be found below that.

We have to draw attention to the issue of numbers – just how many people have been admitted to the country over the last 20 or so years? Governments claim not to be counting, and maybe that is true. Which is highly convenient if you want to downplay the figures. Lord Green gives an estimate below, but adds that the numbers are likely to be underestimations. To this we add an important point raised in an article we published a while back from True Publica (see The truth about Britain’s migrant numbers). The food and drink industry can usually give somewhat reliable estimates of the population simply because everybody needs to eat and drink a certain fixed amount daily. This article puts the estimated number of the UK population at around 77-80 million based on consumption patterns in 2007 (note the year!). Comparing that to the 65/66 million estimated to be living in the UK currently, a figure which hasn’t moved much in a long while, then we can see the scope of the problem. Add to that Boris Johnson’s recent call to legalise existing newcomers (based on a ridiculously low figure of ‘up to’ a million new people), plus The Spectator‘s recent call to naturalise them (The Spectator belongs to the conservative side of the London chattering classes), we can see the game that’s being played by the Establishment. Add to that the naturalised immigrants’ legal entitlement to bring in family members … Could real population figures for the UK be in the region of 90 million by now?

Finally, we draw attention to the now (in)famous article by Andrew Neather, a Labour speechwriter, from 2009, speaking frankly about Labour’s migration policies under Blair and their conspiratorial nature, especially against the core of Labour’s own white, working-class voters. This article is quoted from by Lord Green below, but is worth linking to here: Don’t listen to the whingers – London needs immigrants. 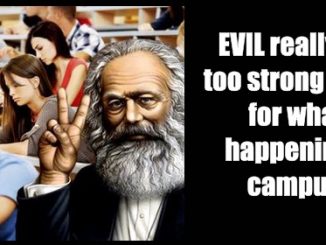 Colleges & Universities: A Force For Evil?