Shimon Peres, who passed away Wednesday aged 93 after suffering a stroke on 13 September, epitomised the disparity between Israel’s image in the West and the reality of its bloody, colonial policies in Palestine and the wider region.

Peres was born in modern day Belarus in 1923, and his family moved to Palestine in the 1930s. As a young man, Peres joined the Haganah, the militia primarily responsible for the ethnic cleansing of Palestinian villages in 1947-49, during the Nakba.

Despite the violent displacement of the Palestinians being a matter of historical record, Peres has always insisted that Zionist forces “upheld the purity of arms” during the establishment of the State of Israel. Indeed, he even claimed that before Israel existed, “there was nothing here”.

Over seven decades, Peres served as prime minister (twice) and president, though he never actually won a national election outright. He was a member of 12 cabinets and had stints as defence, foreign and finance minister. 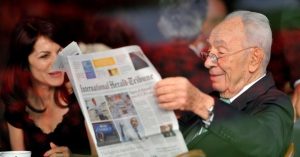 Israeli President Shimon Peres reads a newspaper during the Ambrosetti workshop in Cernobbio, next to Como, in this September 8, 2012 file photo. (Photo: Reuters/Paolo Bona/Files)

He is perhaps best known in the West for his role in the negotiations that led to the 1993 Oslo Accords which won him, along with Yitzhak Rabin and Yasser Arafat, the Nobel Peace Prize.

Yet for Palestinians and their neighbours in the Middle East, Peres’ track record is very different from his reputation in the West as a tireless “dove”. The following is by no means a comprehensive summary of Peres’ record in the service of colonialism and apartheid.

Between 1953 and 1965, Peres served first as director general of Israel’s defence ministry and then as deputy defence minister. On account of his responsibilities at the time, Peres has been described as “an architect of Israel’s nuclear weapons programme” which, to this day, “remains outside the scrutiny of the International Atomic Energy Agency (IAEA).”

In 1975, as secret minutes have since revealed, Peres met with South African Defence Minister PW Botha and “offered to sell nuclear warheads to the apartheid regime.” In 1986, Peres authorised the Mossad operation that saw nuclear whistle-blower Mordechai Vanunu kidnapped in Rome. 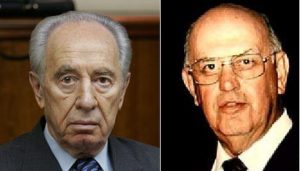 Peres had a key role in the military regime imposed on Palestinian citizens until 1966, under which authorities carried out mass land theft and displacement.

One such tool was Article 125 which allowed Palestinian land to be declared a closed military zone. Its owners denied access, the land would then be confiscated as “uncultivated”. Peres praised Article 125 as a means to “directly continue the struggle for Jewish settlement and Jewish immigration.”

Another one of Peres’ responsibilities in his capacity as director general of the defence ministry was to “Judaise” the Galilee; that is to say, to pursue policies aimed at reducing the region’s proportion of Palestinian citizens compared to Jewish ones.

In 2005, as Vice Premier in the cabinet of Ariel Sharon, Peres renewed his attack on Palestinian citizens with plans to encourage Jewish Israelis to move to the Galilee. His “development” plan covered 104 communities – 100 of them Jewish.

In secret conversations with US officials that same year, Peres claimed Israel had “lost one million dunams [1,000 square kilometres] of Negev land to the Bedouin”, adding that the “development” of the Negev and Galilee could “relieve what [he] termed a demographic threat.”

While Israel’s settlement project in the West Bank has come to be associated primarily with Likud and other right-wing nationalist parties, it was in fact Labor which kick-started the colonisation of the newly-conquered Palestinian territory – and Peres was an enthusiastic participant.

During Peres’ tenure as defence minister, from 1974 to 1977, the Rabin government established a number of key West Bank settlements, including Ofra, large sections of which were built on confiscated privately-owned Palestinian land.

Having played a key role in the early days of the settlement enterprise, in more recent years, Peres has intervened to undermine any sort of measures, no matter how modest, at sanctioning the illegal colonies – always, of course, in the name of protecting “peace negotiations”.

As prime minister in 1996, Peres ordered and oversaw “Operation Grapes of Wrath” when Israeli armed forces killed some 154 civilians in Lebanon and injured another 351. The operation, widely believed to have been a pre-election show of strength, saw Lebanese civilians intentionally targeted.

According to the official Israeli Air Force website (in Hebrew, not English), the operation involved “massive bombing of the Shia villages in South Lebanon in order to cause a flow of civilians north, toward Beirut, thus applying pressure on Syria and Lebanon to restrain Hezbollah.”

The campaign’s most notorious incident was the Qana massacre, when Israel shelled a United Nations compound and killed 106 sheltering civilians. A UN report stated that, contrary to Israeli denials, it was “unlikely” that the shelling “was the result of technical and/or procedural errors.” 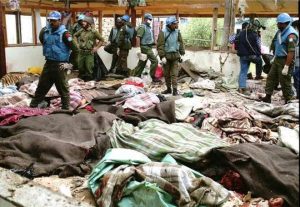 Later, Israeli gunners told Israeli television that they had no regrets over the massacre, as the dead were “just a bunch of Arabs”. As for Peres, his conscience was also clean: “Everything was done according to clear logic and in a responsible way,” he said. “I am at peace.”

Peres came into his own as one of Israel’s most important global ambassadors in the last ten years, as the Gaza Strip was subjected to a devastating blockade and three major offensives. Despite global outrage at such policies, Peres has consistently backed collective punishment and military brutality.

In January 2009, for example, despite calls by “Israeli human rights organisations…for ‘Operation Cast Lead’ to be halted”, Peres described “national solidarity behind the military operation” as “Israel’s finest hour.” According to Peres, the aim of the assault “was to provide a strong blow to the people of Gaza so that they would lose their appetite for shooting at Israel.”

During “Operation Pillar of Defence” in November 2012, Peres “took on the job of helping the Israeli public relations effort, communicating the Israeli narrative to world leaders,” in the words of Ynetnews. On the eve of Israel’s offensive, “Peres warned Hamas that if it wants normal life for the people of Gaza, then it must stop firing rockets into Israel.”

In 2014, during an unprecedented bombardment of Gaza, Peres stepped up once again to whitewash war crimes. After Israeli forces killed four small children playing on a beach, Peres knew who to blame – the Palestinians: “It was an area that we warned would be bombed,” he said. “And unfortunately they didn’t take out the children.” 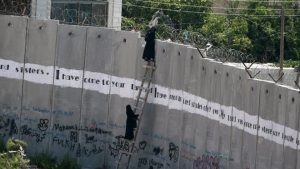 Peres’ support for collective punishment also extended to Iran. Commenting in 2012 on reports that six million Iranians suffering from cancer were unable to get treatment due to sanctions, Peres said: “If they want to return to a normal life, let them become normal.”

Unapologetic to the end

Peres was always clear about the goal of a peace deal with the Palestinians. As he said in 2014: “The first priority is preserving Israel as a Jewish state. That is our central goal, that is what we are fighting for.” Last year he reiterated these sentiments in an interview with AP, saying: “Israel should implement the two-state solution for her own sake,” so as not to “lose our [Jewish] majority.”

This, recall, was what shaped Labor’s support for the Oslo Accords. Rabin, speaking to the Knesset not long before his assassination in 1995, was clear that what Israel sought from the Oslo Accords was a Palestinian “entity” that would be “less than a state”. Jerusalem would be Israel’s undivided capital, key settlements would be annexed and Israel would remain in the Jordan Valley.

A few years ago, Peres described the Palestinians as “self-victimising.” He went on: “They victimise themselves. They are a victim of their own mistakes unnecessarily.” Such cruel condescension was characteristic of a man for whom “peace” always meant colonial pacification.

Ben White is a freelance journalist and writer specialising in Palestine/Israel. He also writes on the broader Middle East, Islam and Christianity, and the ‘war on terror’. He lives in the UK and his new book, ‘Israeli Apartheid: A Beginner’s Guide‘ is published by Pluto Press (2009). His website is here. 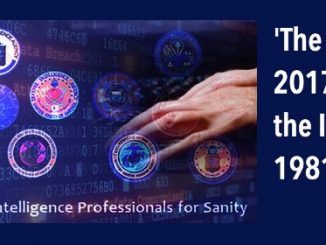