In 2001, the International Monetary Fund (IMF) stated that “Globalization offered extensive opportunities for truly worldwide development” and concluded its report with “As globalization has progressed, living conditions (particularly when measured by broader indicators of well being) have improved significantly in virtually all countries.”

The Financial Times (FT) described globalisation as: “a process by which national and regional economies, societies, and cultures have become integrated through the global network of trade, communication, immigration and transportation.” And The Washington Post famously once wrote, “Globalization was pitched as a strategy that would raise all boats in poor and rich countries alike.”

Globalisation has been sold as a panacea to the world’s ills but in reality it was not much more than a spurious and fraudulent deception. Martin Wolf, arguably the most influential economics writer in Britain today, confirms this in a piece published in the FT entitled “Capitalism and Democracy: The Strain is Showing”. Wolf says “fixing the economic norms most English-speaking refer to as capitalism will be difficult. But a first step requires rethinking what elites have referred to for three decades as ‘free trade’ or globalisation.”¹ 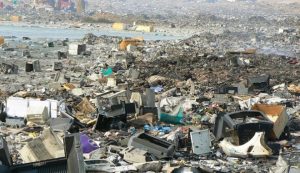 Far from raising boats, the result of this deception is that today one quarter of humanity lives without electricity and 80% of the world population lives on less than $10 a day. Nearly half of the world’s population, more than 3 billion people, lives on less than $2.50 a day where poverty is a crisis of everyday life. Even then, 1.3 billion live on the brink of life itself, existing in extreme poverty earning half that again. According to UNICEF, 22,000 children succumb to death each day from poverty around the world.²

In 1980, world poverty stood at around 50%. Today, the World Food Programme says, “The poor are hungry and their hunger traps them in poverty. Hunger is the number one cause of death in the world”. For well over half of the humans on earth, globalisation has literally been a mirage.

Whilst globalisation may have improved the lives of some for a short time in the early days, the reality is that there has been a profound change in many of the measurement indicators (aside from just GDP). Since the turn of the new millennium, globalism, the darling of the neoliberal movement has morphed into a dangerous hydra-like anti-hero going about its business of pillage and plunder. Democracy, economic growth, freedom and an interchange of world-views and culture have all but been abandoned to a vice like grip of corporate greed and power and with it a stampede for ever-declining natural global resources.

There is also a myth that globalisation has created distributed wealth. When it comes to wages, Pew Research points out that for American workers “in real terms the average wage peaked more 40 years ago: The $4.03-an-hour rate recorded in January 1973 has the same purchasing power as $22.41 would today.” The average wage in the US is now $21.59 and the minimum wage (state to state variances) is around $8 an hour.³

Millions of jobs were off-shored to places like China where there is a perception of a rapidly rising middle class acting as a global counter-balance. But as Bloomberg reports, “China’s working population – 770.4 million people – is the largest in the world. But the middle class that dominates its consumer market still only accounts for a tiny fraction of that number: Less than 2 percent of workers earn enough to even pay income tax.”4 Globalisation has half the working population of China earning less than $165 a month where poverty is endemic, whilst at the same time pauperising its western counterparts.

More factors have recently come to light, especially in the last ten to fifteen years to add to the depressing realisation that the new world order has a real authentication problem. 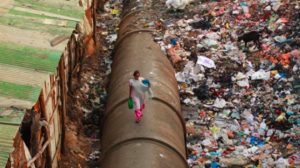 The effects of globalisation is often poverty. A woman walks on a pipe separating a row of houses and trash piles in India

The Economist recently published its annual index on democracy. They found that out of 167 countries, only twenty are now “full democracies”. Less than 13 percent of the world’s countries can now claim to be a proper functional democracy.

The annual Freedom Index published by Freedom House found that the number of countries showing a decline in freedom for the year, 72 to be precise, was the largest since the decade-year slide began. Indeed, over that period, 105 countries have seen a net decline. It also determined in the same period that the most significant global reversals had been in the rule of law.

The World Press Freedom Index recently found that most of the movement in the world’s press was indicative of a climate of fear and tension combined with increasing control over newsrooms by governments and private-sector interests, western ones included.

The worst report of course is UNHCR’s Global Trends report. Its research finds 65.3 million people, or one person in 113 across the globe, were displaced from their homes by conflict and persecution during last year alone. Staggeringly, there are now more people displaced from their homes by force than there were from the last cataclysmic episode in human history than at the end of the Second World War.5

The UNHCR report also finds that the wave of global displacements is now four times greater than it was just ten years ago and is likely getting worse each year.

With an insatiable and destructive appetite for ever-greater profits regardless of the consequences, the 2016 Global Slavery Index concludes that 45.8 million people are now subject to some form of modern slavery in the world today. This number is greater than at any time in history, but worse in the last decade with globalisation.

There are now four times as many slaves in the world today than at the height of the slave trade in the 1800’s. Those countries with the highest absolute numbers of people in modern slavery are those very same countries providing the low-cost labour that produces consumer goods for markets such as Western Europe, Japan and North America.

None of these indices provides compelling evidence of global cooperation, collaboration or cultural understanding. And whilst these dreadful facts existed before globalisation, several decades later, it is so much worse.

Transnational organisations, huge as they are, suck up 40% of global trade but employ less than one half of one percent of the world’s population, about 20 million people, whilst billions of people are left behind, neglected, unemployed or starving. 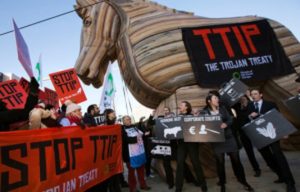 Globalisation has caused untold damage for the environment, a total mismanagement of natural resources, and its ensuing ecological damage is slowly unfolding as a calamitous climate change challenge to human existence.

The West is now experiencing the fist of increasing corporate power in the shape of trade agreements such as TTIP, TPP and CETA which have little to do with free trade and much more to do with profit, inevitably leading to widespread conflict of interest and corruption.

The Panama Papers, Swiss leaks and Lux leaks have graphically demonstrated that what we have now is nothing more than chaos perpetrated by the rich and powerful hiding under the cloak of globalisation. In this, profits are off-shored, losses on-shored, forcing austerity measures on the least able to cope.

Unimaginable wealth is being hidden in tax havens that is literally starving entire nations and depriving people of basics. Well over $30 trillion of illegal cash is hidden from tax authorities, mostly by corporations who do not wish to contribute to the societies that raise, educate and provide healthcare to their own workers.6

The main advantage of the globalisation fraud was that free trade was supposed to reduce barriers such as tariffs, value added taxes, subsidies, and other such barriers between nations. This is clearly not accurate either. The G20 countries have added more than 1,200 restrictive export and import measures since 2008 to advance their own agenda.

The free market model is supposed to continually drive prices down through increased efficiency and innovation. But many countries manipulate their currency to get a price advantage, Japan and China being prime examples.

Most developing nations were deceived that large scale injections of capital and the use of technology would create economic prosperity. For the vast majority of people, that is simply not true, as the race for resources and technical advantage has meant increased rivalry and tension.

A much more fluid labour market has caused downward pressure on wages in the West and as we’ve seen, “Brexit” was a rejection of globalisation’s effects. With it, a startling rise of nationalism in many European nations has recently emerged due to cultural conflict.

Undeterred, corporations are agreeing trade deals such as CETA, TPP, TTIP based loosely around the failed American NAFTA trade deal that has achieved only three things: a loss of skilled jobs, an increased trade deficit and rampant inequality.

According to conservative estimates by Robert Scott of the Economic Policy Institute, “granting China most favoured nation status drained away 3.2 million American jobs, including 2.4 million manufacturing jobs.” The EU will end up going the same way with its impending trade deals with the Americans who are now desperate to claw back the economic upper hand. 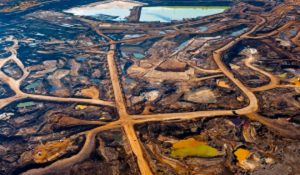 Globalisation requires energy – Tar sands and open pit mining in an area so vast, it can be seen from space. Alberta, Canada.

Globalisation has caused untold damage for the environment, a total mismanagement of natural resources, and its ensuing ecological damage is slowly unfolding as a calamitous climate change challenge to human existence.

In the end, I agree with Martin Wolf. There is a strong possibility that extreme neoliberal capitalism, expanded through the globalisation model, could end with a global plutocracy tearing down national regulations and democracies with it, which is in effect, exactly what has been happening over the last decade or so.

The world is being battered by wave after wave of crisis that has taken the form of aggression and fear resulting in a battle of states and corporations dependent on the acquisition and exploitation of the natural resources of others. The principle of globalisation is now a win-at-all-costs scenario, capitalism at its very worst.

ER recommends other articles by Global Research and The European Financial Review, where this article first appeared

Graham Vanbergen is the contributing editor of TruePublica.Org.UK – an Independent research media. He is also a permanent columnist for the The European Financial Review with The Vanbergen Column. His work is also published at Global Research, Centre for Research on Globalisation where his articles are now featured as regular front page top stories.

‘The days of political correctness are numbered!’ 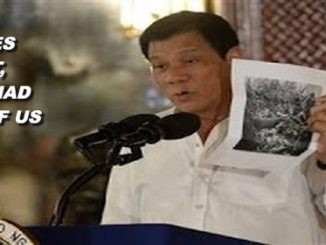 They Have To Go: President Of Philippines Demands US Troops Leave The Country 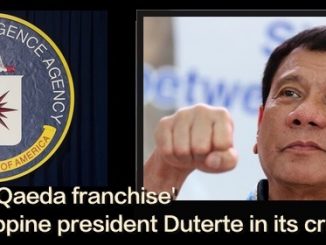