On this subject, ER also recommends Philip Giraldi’s piece titled ‘Meet the Corrupt Billionaire Who Has Brought About a New Cold War‘ for Strategic Culture Foundation.

A Scandal of The West’s News-Suppression, to ‘Justify’ U.S.-v.-Russia War

An accountant, Sergei Magnitsky, was employed by a wealthy American investor, William Browder, and died in a Russian prison on 16 November 2006. How did it happen? Who was to blame for it? The Russian Government was blamed for it, and this blame produced the first set of economic sanctions in 2012 to squeeze Vladimir Putin out of power.

Magnitsky’s death in prison thus provided the factual basis for the first of the economic sanction regimens that were imposed by The West against the Russian Government, the 2012 Magnitsky Act — sanctions that preceded the 2014 sanctions which were imposed on account of Russia’s response to America’s February 2014 coup in Ukraine. However, that account of the Magnitsky incident is full of lies according to a 2016 documentary investigation into the matter. But publication of this video investigation — at Youtube or anywhere — is effectively banned in The West.

Here’s how Gilbert Doctorow, who is one of the extremely few people in The West who managed to see this totally-suppressed-in-The-West investigative news documentary that was done (and which he said proved to him that the basis of the Magnitsky Act is lies) expressed his shock at what he saw and learned from it:

Nekrasov [the investigator] largely allows William Browder to self-destruct under the weight of his own lies.

The case against Browder that Nekrasov unintentionally stumbled upon when making the film is clearly so persuasive and so massive that even some leading members of the anti-Putin coalition in Europe feel strongly that the truth must out, whatever the consequences. … [But] lynch law necessarily operates. Human rights watchers everywhere, beware! … Nekrasov has not been a friend, still less a “stooge,” of the Putin regime. Indeed, as he explained at the start of his brief speech, before taking the assignment to do a film about Magnitsky. … Nekrasov had friendly relations with Bill Browder [the U.S. oligarch who was behind Magnitsky].

Furthermore, another investigator, Alex Krainer, had his book, which was published on the matter, withdrawn promptly without explanation; so, Krainer put his investigation online, and its findings were entirely consistent with Nekrasov’s findings. Here is an excellent interview of Krainer about what he said in his book:

Here is the producer’s transcript of that interview:

And here are my own transcriptions of highlights from the video:

22:00 “The Magnitsky Act is essentially where the new cold war started” “in 2012, yes? And that’s right before Ukraine.”

25:00 “The bigger agenda is … Basically what happened during the 1990s when Russia went from communism to capitalism, there was a massive massive transfer of wealth from Russia to The West. So, Western financial institutions and government organizations like the United States Treasury and State Department and USAID, the IMF, the World Bank, and so forth, they arranged this massive transfer of ownership over Russian assets to the Western hand, some of it legally, some of it illegally, but they so completely infiltrated the Russian Government.”

26:00: “Between $200 billion and $600 billion, depending on whom you ask, of Russian assets were moved to Western ownership. And Bill Browder himself, I think, made maybe a hundred million dollars, maybe a few hundred million dollars, for himself. The reason why his ability to frustrate Russian investigations of his tax-fraud and of his theft of Russian assets that he was involved with [is that] at the same time [he] protect[s] all of the people and organizations like … HSBC, and Bank of New York, and who knows who else, it’s … legal immunity from prosecution, for all of them.”

27:00 “So, it’s not just Browder’s few hundred million, but up to $600 billion of stolen assets, so that when Russia goes to Western courts, they are obstructed.”

29:40 “Bill Browder is in this network where, essentially, laws don’t apply to them.”

This is the Krainer book, which, finally in 2017, he placed free online:

And this is an excerpt from Krainer’s book.

It is clear that shock “therapy” was little more than a relentless, cruel strangulation of Russia’s economy to facilitate looting of her vast industrial and resource wealth. Nonetheless, most Western-published analyses of this episode tended to treat it as [a] failure of good intentions. While lamenting the outcomes and certain questionable practices, most analysts essentially attribute the failure of [the] Russian transition to honest errors, Russia’s endemic corruption, and perhaps inexperience in many of the drama’s protagonists. In New York Review of Books, Robert Cotrell provides a typical example: “One cannot really fault the youthful democratic movements for this failure. They were amateurs and innocents with a hazy grasp at best of what they wanted to achieve and no grasp at all of how concretely to achieve it.” 84 Goldman Marshall [Nov. 2004 Foreign Affairs, Marshall I. Goldman https://www.foreignaffairs.com/articles/russia-fsu/2004-11-01/putin-and-oligarchs and complete http://web.archive.org/web/20161003140949/https://maynon2013.wordpress.com/2015/10/03/putin-the-oligarchs/] of Harvard and the Council of Foreign Relations, wrote: “To be sure, there were unsettling reports of shady dealings during the takeovers, but most observers explained them away as inevitable side effects of such a far-reaching transformation.” Naturally, Marshall fails to detail how or where he polled these “most observers,” but his message to the readers is unmistakable: move along folks, there’s nothing to see here – especially pay no attention to the fact that many of those thousands of westerners who came to Russia “for the best of reasons,” including Bill Browder, Andrei Schleifer and Jonathan Hay,85 returned from Russia as multi-millionaires. Financial reporter Anne Willamson, who covered Russia for the New York Times and Wall Street Journal, [and whose book on the subject has likewise been banned] rightly remarked in her Congressional testimony that, “Americans, who thought their money was helping a stricken land, have been dishonored; and the Russian people who trusted us are now in debt twice what they were in 1991 and rightly feel themselves betrayed.”

Anne Williamson’s book on the subject, Contagion: The Betrayal of Liberty, Russia, and the United States in the 1990s, was to have been published by a major publisher in or around 1999. It too was completed, but never published; and she did not place hers online because she’s still hoping for a publisher. But she has summarized, here, her findings:

In an interview, Williamson explained why no publisher has published her book on the subject:

More about Harvard’s involvement in “the rape of Russia” can be found here:

An excellent article about the ways in which today’s Russian Government is trying to extricate itself from the enormous harms that the rape of Russia perpetrated can be found here:

The war between The West and Russia has been restored on the basis of news suppression if not of outright lies. For some reason, anyone who independently investigates the ‘historical’ account of the origin of the Magnitsky Act is effectively blocked from making public their findings. And, for some reason, the findings, in the three independent investigations that have been done, seem to be essentially the same as each other, and they contradict, each in the same ways, the ‘history’ that has been published about the matter in The West. 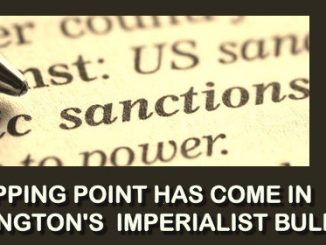 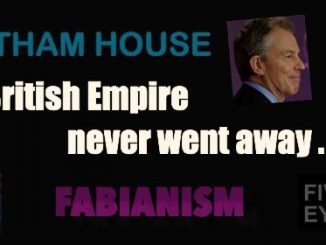 The Integrity Initiative and the British Roots of the Deep State: How the Round Table Infiltrated America

The Deceitful West and Its “Degenerate” Elites: Putin Accuses Western Leaders of Harming Their Own People through incompetence