On Monday, the Ministry of Defense of the Russian Federation issued a warning to NATO that it has started a massive missile drill involving truck-mounted intercontinental ballistic missile launchers across the country.

The Defense Ministry said the drills would involve “missile regiments armed with Topol-M and Yars mobile systems.” The Topol-M is designed to launch an intercontinental ballistic missile (ICBM) tipped with a single 550 kT yield nuclear warhead. Max range of the ICBM is 6,500 miles, which has a mobile launching unit that is extremely tough for NATO to track. 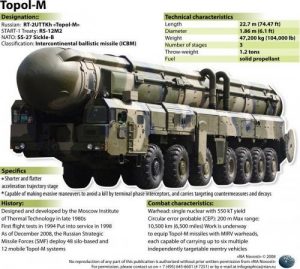 The Defense Ministry was not specific on the approximate location of the missile drills; however, it said,“missile regiments armed with Topol-M and Yars mobile systems launch intensive maneuvering actions in territories located from Ivanovo to Irkutsk regions.” 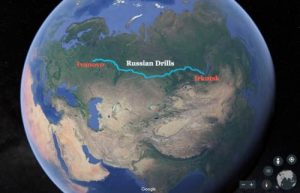 According to ABC News,

Those types of nuclear-tipped ICBMs are mounted on heavy all-terrain vehicles, making it more difficult for an enemy to spot them. The ministry said the drills are being conducted across a vast area from the Ivanovo region just northeast of Moscow to the Irkutsk region in eastern Siberia.

Just above the Ivanovo to Irkutsk regions, the Defense Ministry reports, “training of crews of ship helicopters Ka-27 “Helix” northern fleet on finding submarines in the Barents Sea.” 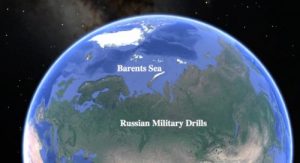 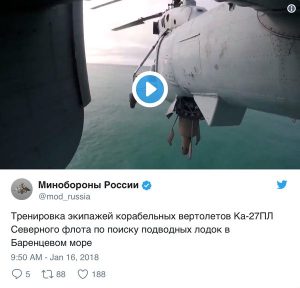 As the world enters the second half of January, it seems as the Russians are preparing for a threat with the continuation of regular military drills across the country.

The one question we ask: Is the threat imminent? 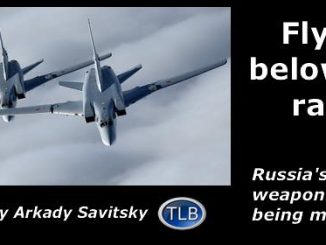 …Turns Out Keynes Was A Commie