In talks with the U.N. chief, Tillerson indicates Russia should be in the driver’s seat when it comes to the future of Syria.

Secretary of State Rex Tillerson told the U.N. Secretary General Antonio Guterres during a private State Department meeting last week that the fate of Syrian leader Bashar Al-Assad now lies in the hands of Russia, and that the Trump administration’s priority is limited to defeating the Islamic State, according to three diplomatic sources familiar with the exchange.

The remarks offer the latest stop on a bumpy U.S. policy ride that has left international observers with a case of diplomatic whiplash as they try to figure out whether the Trump administration will insist that Assad step down from power. Nearly three months ago, Tillerson had insisted that Assad would have to leave office because of his alleged use of chemical weapons.

Tillerson’s assurances to Guterres signaled the Trump administration’s increasing willingness to let Russia take the driver’s seat in Syria, throwing geopolitics to the wayside to focus on defeating ISIS.

Tillerson’s position reflects a recognition that Syria’s government, backed by Russia and Iran, is emerging as the likely political victor in the country’s six year long civil war. It also marks a further retreat from the 2012 U.N.-brokered Geneva Communique — signed by Russia, the United States, and other key powers — which called for the establishment of a transitional government with members of the regime and the opposition. The Geneva pact, according to the Obama administration and other Western allies, was to result in Assad’s departure from power. (Though the Obama administration softened its own demand that Assad step down during its final year in power).

A State Department official declined to comment on Tillerson’s private discussion with Guterres, but insisted that the U.S. remains “committed to the Geneva process” and supports a “credible political process that can resolve the question of Syria’s future. Ultimately, this process, in our view, will lead to a resolution of Assad’s status.”

“The Syrian people should determine their country’s political future through a political process,” the official added. 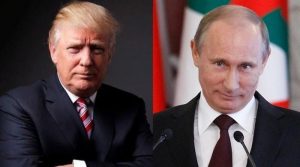 The decision to cede ground to Russia on the question of Assad’s future comes on the eve of President Donald Trump’s first face-to-face meeting next week with President Vladimir Putin on the sidelines of the G20 Summit in Hamburg, Germany.  It also comes at a time when the Trump administration is seeking to repair relations with the Kremlin despite a series of scandals that have plagued the White House since Trump’s election.

Tillerson said earlier this month that Trump tasked him with repairing the broken U.S.-Russia relationship. The Secretary of State has also cautioned Congress that new sanctions against Russia for its alleged role in interfering in the U.S. election could undercut efforts to cooperate with Moscow on Syria.

“The President asked me to begin a re-engagement process with Russia to see if we can first stabilize that relationship so it does not deteriorate further,” Tillerson said during a visit to New Zealand in early June. From there, he said, he would “begin to rebuild some level of trust” with Moscow.

Less than two months after he was sworn in, Tillerson made clear that he had little interest in using American muscle to force the Syrian leader from office. Assad’s future, he said in late March, “will be decided by the Syrian people.” His remarks were reinforced by Nikki Haley, the U.S. ambassador to the United Nations, who told a group of wire service reporters “our priority is no longer to sit there and focus on getting Assad out.”

But then Tillerson reversed course in April, saying that “steps are underway” for an international effort to oust Assad after his regime carried out chemical weapons attack against civilians, killing dozens. Days later, at a G7 summit in Italy, Tillerson repeated the warning that Assad’s reign was “coming to an end.”

“The process by which Assad would leave is something that requires an international community effort both to first defeat ISIS within Syria, to stabilize the Syrian country to avoid further civil war and then to work collectively with our partners around the world through a political process that would lead to Assad leaving,” he said.

But Tillerson made clear to Guterres that the U.S. was once again shifting gears. “What happens to Assad is Russia’s issue, not the U.S. government’s,” one source said Tillerson told the U.N. chief in last week’s meeting. Tillerson’s message, the official added, was that “the U.S. government will respond to the terrorist threat,” but that it is largely agnostic about “whether Assad goes or stays.”

Tillerson’s retreat suggests the State Department is willing to skirt the ethical morass of what to do about the Assad regime as it navigates the dense thicket of conflicting alliances fighting in Syria.

“The reason the United States is involved in Syria is to take out ISIS,” State Department Spokeswoman Heather Nauert told reporters Wednesday. “That’s why we care and that’s why we are there.”

He pinned the blame on Trump’s lack of a coherent, overarching national security strategy. “There’s no hymnal that’s supposed to guide how everybody sings,” he said. “The fact that there are multiple voices and stances coming out on this doesn’t surprise me.”

On ceding Assad’s fate to Russia: “It is one thing to walk away from the problem and say let the Russians take care of it,” he said. “It’s another thing to assume you can actually get somewhere policy-wise by relying on the Russians to deliver good results.”

Former senior U.S. officials are vexed by how the Trump administration is ceding political ground on Syria to the Kremlin for almost nothing in return. “The things we’re hearing coming out of the administration have mainly to do with what the U.S. might offer Russia, and not the other way around,” said Evelyn Farkas, former deputy assistant secretary of defense for Russia.

Moscow stands to benefit the most from a slew of contradictory Syria messages coming out of Washington, according to Farkas. Without a clear agenda going into the meeting next week with Putin at the G20, she said, “there’s a danger the president will get outfoxed.”

Robbie Gramer is a staff writer at Foreign Policy. He writers for The Cable, FP’s real-time take on all things foreign policy.

Correction, July 3, 2017: Fred Hof is former State Department special advisor for transition in Syria with the rank of ambassador. A previous version of this article incorrectly stated he was former U.S. ambassador to Syria. 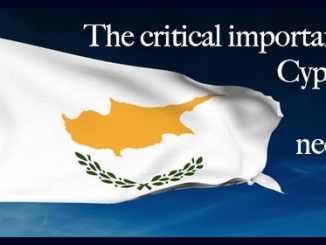 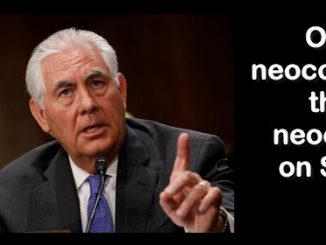 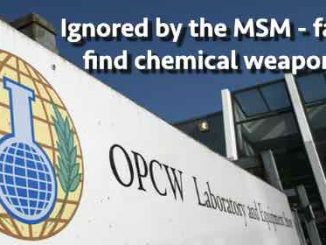 No Nerve Agents Found: The OPCW Interim Report On Douma