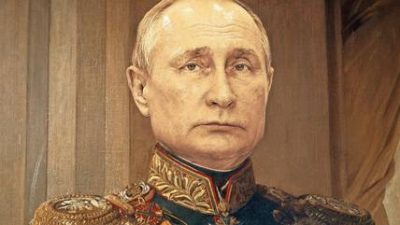 “It seems probable that Russia will impose a solution. If, as expected, it becomes clear that the West can’t or won’t negotiate, it will behoove Russia to implement a maximalist solution. Or alternatively, Russia “bargains” by showing that it can create a dead zone in Western Ukraine as big as it likes. If Ukraine and its US minders don’t come to their senses, that dead zone will be awfully big.” —Yves Smith, Naked Capitalism

How does this end?

How does Russia create a “neutral” Ukraine that isn’t armed-to-the-teeth by Moscow’s enemies?

How do they prevent Kiev from conducting joint-military drills with NATO or placing missile sites on Russia’s border?

How do they stop the Ukrainian Army from shelling ethnic Russians in the east or training far-right paramilitaries to kill as many Russians as possible? How does Putin change Ukraine into a good neighbor that doesn’t pose a security threat and that doesn’t fuel anti-Russian hatred and bigotry?

And, finally, how does one resolve the conflict peacefully if one side refuses to negotiate with the other? Check out this clip from an article at Mint News:

“He (Putin) does not know what dignity and honesty are. Therefore, we are ready for dialogue with Russia, but with another president of Russia,” Zelensky said on Friday. (Mint News)

As the more powerful country, it has always been within Russia’s ability to impose a settlement that achieves its basic national security objectives, and that is precisely what Putin will do.

The settlement will not be ideal nor will it completely end the hostilities, but it will provide a layer of protection from Russia’s enemies, which is the best that can be hoped for given the circumstances.

Regrettably, the settlement will also terminate Ukraine’s existence as a viable, contiguous state. And– after Russia has finished its special military operation– Ukraine will face a dismal future as a deindustrialized wasteland that is entirely dependent on its allies in the west for its survival. Here is an excerpt from an article by Moscow-based journalist John Helmer, who thinks the Russian army will clear a vast area of central Ukraine in its upcoming winter offensive, and that much of that land will become part of a 100 kilometer-wide Demilitarized Zone (DMZ) that will protect Russia from Ukrainian missile and artillery attacks. As Helmer notes, the model for this military-imposed settlement is “the armistice of Panmunjom of July 27, 1953, which ended the Korean War…. On the ground inside the UDZ (Ukraine Demilitarized Zone) there may be no electricity, no people, nothing except for the means to monitor and enforce the terms of the armistice.” Here’s more from Helmer:

Military source:…. Once the destruction of these targets has been completed, the remnants of the infrastructure will be mined, and the area planted with sensing devices. The armies will then begin a rapid, staged withdrawal behind Russian lines where the process of fortification and entrenchment has already begun.”

“Civilians and disarmed Ukrainian troops – except for the Ukro-Nazi units — will be allotted one or two corridors through which they will be permitted to leave the zone. They’d better not dawdle.”…

The sources agree there will be a new military demarcation line before the thaw next spring; they differ on how it is being drawn now, and how it will look next April. “For now the line will be on the Dnieper with the zone extending from the west bank into the rump Ukraine – my guess is at a depth of not less than 100km. This will put Russian territory out of the range of most Ukrainian artillery. A 100km-deep zone will also give the Russian forces time to detect and intercept anything in flight…

“In the northern sector – that’s from Kramatorsk and Slovyansk to Kharkov… these are garrisons and staging areas of hate on or near to Russia’s borders; they will not be spared ….(and) have qualified them for de-electrification, de-population, and de-nazification.”

“The point to emphasize, especially in the Russian operations in the north… will not seize and hold territory. … The idea won’t be to occupy the territory, let alone administer it, for any length of time. The goal will be to destroy enemies who raise their heads and the infrastructure they rely on; lay mines and sensors; and then withdraw.”

“Once the assigned transportation and logistics nodes have been taken, the job of destroying them by engineer units will begin. Bridges, roads, railroads, marshalling yards, rolling stock, airfields, fuel storage and dispensaries, electrical substations, transmission and communications towers, central offices, warehouses, laydown areas, agricultural equipment – anything that could possibly be used to support the Ukrainian-NATO effort east of the zone’s western border will be destroyed. That will be also be the ground forces’ job – more comprehensive and thorough than missile and drone strikes can achieve.”

“Civilians and disarmed fighters, without their motorized equipment, will be permitted to walk out of the zone to specially prepared buses (as Surovikin supervised in Syria) with whatever they can carry on their backs…. Anyone who chooses to stay inside the zone will be informed explicitly via radio, flyers, and loudspeaker that they are considered enemy combatants and will be targeted accordingly. After a prescribed amount of time, the ‘golden bridges’ for the exiting population will be destroyed. For those remaining they will have had no power, sanitation, or communications …”(“Ukraine Armistice– How the UDZ of 2023 will separate the Armies like the Korean DMZ of 1953”, John Helmer, Dances With Bears Helmer sums it up perfectly. Putin is going to create a vast, uninhabitable no-man’s-land in the center of Ukraine that will separate east from west and end Ukraine’s existence as a viable, contiguous state. This is what a military-imposed settlement looks like. It’s not ideal and it doesn’t necessarily stop all the fighting, but it does address Russia’s basic security requirements, which Washington chose to ignore.

Rest assured, that Washington will not like this settlement and will never agree to the new borders. But the United States will not have the final say-so in this matter and that is extremely important, because Washington’s role as the “guarantor of global security” is now a thing of the past. Russia is going to decide Ukraine’s borders and that’s just the way it’s going to be. So, yes, we can expect to hear the gnashing of teeth at NATO Headquarters and the UN and at the White House, but to little effect. The matter is settled unless, of course, the US and NATO want to commit ground forces to the conflict which, we think, will precipitate a split in NATO that will inevitably lead to its collapse. Either way, Ukraine’s fate is going to be decided in Moscow not Washington, and that reality is going to have a significant impact of the distribution of global power. There’s a new sheriff in town and he is definitely not an American.

Bottom line: We think Helmer’s analysis is the most probable scenario going forward.

Putin has showed admirable restraint to this point, but after 9 months of pointless drudgery and carnage, it’s time to wrap this thing up. Moscow has always had a sledgehammer in its toolkit and now it’s going to use it. We would have preferred that it didn’t end this way, but there’s no sense in crying over spilt milk. Washington wanted to stretch this war out for as long as possible to bleed Russia dry so it couldn’t project power beyond its borders or obstruct US plans to “pivot to Asia”. But Putin foiled that plan. He didn’t step into Washington’s trap and he’s not going to pump blood and money down a black hole. He’s going to settle this matter once-and-for-all and be done with it. This is from an interview with Colonel Douglas MacGregor:

“This entire conflict could have been avoided had we simply recognized Moscow’s legitimate interests in what happens in Ukraine…. What happens in Ukraine is important to Russians…. So, we could have intervened early on and said, ‘Let’s have a ceasefire and talk’, in fact, we could have listened to the Russians for the last 10 or 20 years about their concerns about what was happening inside Ukraine. And, I think now we see with the Zelensky regime– a very dangerous government that is incurably hostile to Russia (and) that responds exclusively to instructions from Washington– that has decided that it wants to fatally weaken Russia in any way possible… The solution to this is –not to join this futile and pointlessly destructive war with Moscow– (but) to get some sense into peoples’ minds in the government in Kiev.” Colonel Douglas MacGregor, “Ukraine is about to be Annihilated”, You Tube; 2:10 minute-mark

IMO, the decision has already been made. Ukraine is going to be split in two whether Washington likes it or not. That’s just the way it is.

This article was originally published on The Unz Review.

Michael Whitney is a renowned geopolitical and social analyst based in Washington State. He initiated his career as an independent citizen-journalist in 2002 with a commitment to honest journalism, social justice and World peace.

He is a Research Associate of the Centre for Research on Globalization (CRG).

Featured image is from TUR 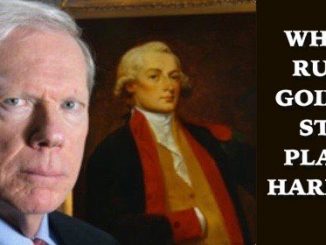 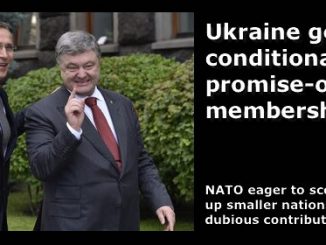 Ukraine Gets Official NATO Status: Weighing Up the Pros and Cons