ER Editor: A previous France Soir report about Spain from August 3 (browsers will translate) shows that this country is also grappling with high excess mortality, with everybody in officialdom trying to avoid bringing in the Covid injection as the likely cause. Of interest:

This is how the daily El Pais title last Monday ran. The reference newspaper of the Spanish center left cites the Carlos III Institute of Epidemiology, which takes up the statistics of the MoMo (for monitorizacion de la mortalidad, in Spanish). According to the MoMo, 9,687 people would have died in July, within the framework  of “an excess of mortality representing five times the average value for the month of July.”

This concern relates to the products inoculated within the framework of the massive, sometimes coercive, vaccination campaign. In view of this excess mortality, the question of many, with retroactive effect, would relate to the contents of the product and its side effects over time. 83.27% of the Spanish population is vaccinated under the complete scheme. The countries of southern Europe have on the whole been the most zealous for vaccination, according to Our World In Data, 86.4% of the population have been injected, in Italy it is 80.5%, and in France 78.6%. In northern Europe, the numbers tend to drop. Including in EU member states that have made the measure mandatory, such as Austria: 74, 3%, a significant proportion of which would be made up of false certificates. In the Netherlands, this figure drops to 69.3% and in the Eastern countries, it passes the 60% mark… (ER: we don’t place our faith in these statistics although the general difference between southern and northern Europe may well be true) 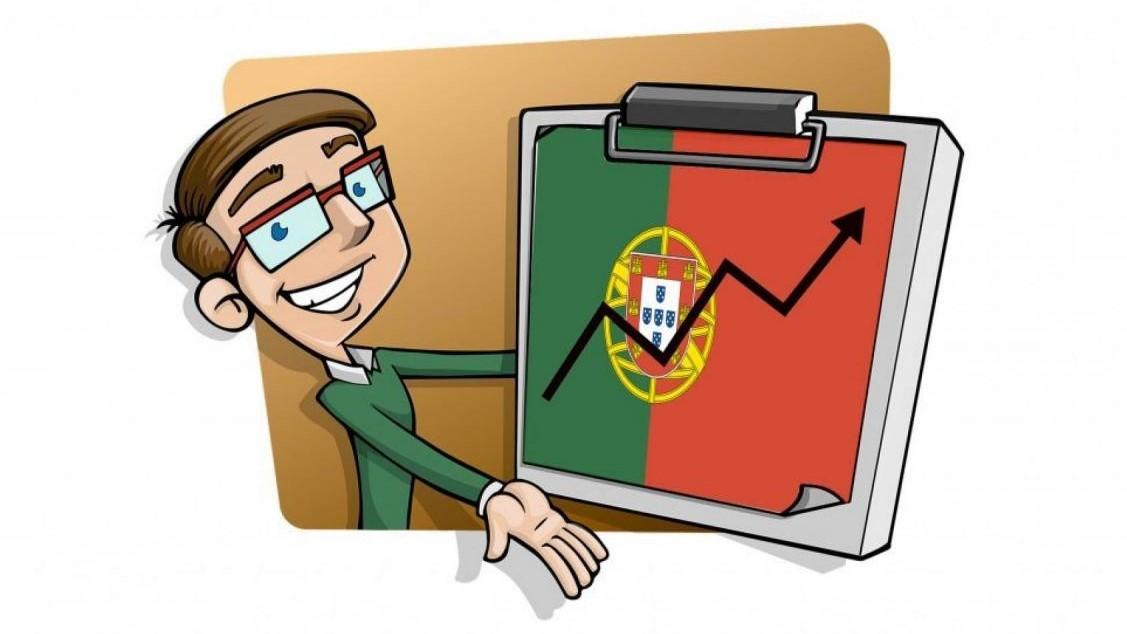 According to figures from the “Mortality Surveillance” portal of the Portuguese General Directorate of Health, the number of deaths in July was 30% higher than the average recorded between the years 2016 and 2019.

In June, Portugal’s excess mortality rate was already the highest in Europe, with 23.9% more deaths compared to the average for the same month over the period 2016-2019. These worrying figures should be compared to the European Union average of 6.2%.

Already in 2020, this European record had been beaten, according to the “InfoClique” website of the Directorate General for Health, with 10,000 more deaths than in 2019.

The North, the Lisbon region and the Tagus Valley (LVT) are the hardest hit by overall mortality (and also by the pandemic).

According to official sources, the trend of increasing mortality in the country is largely due to the aging of the population. Covid-19 would explain 47% of the most recent increase in deaths.

However, more and more Portuguese scientific authorities are wondering in the media about the fact that Portugal also holds the record for vaccinations.

More than 86% of the population (8,900,000 people) received at least two doses of the vaccine. Beautiful paradox! Especially since the figures for serious or fatal side effects are beginning to emerge discreetly, in particular concerning unexplained coronary heart disease in young people, whose good health was regularly checked in the context of numerous sports activities. The notable increase in strokes is also very worrying among people in their forties.

The Spanish press does the job

Although the Portuguese do not display any strong sympathy for their Spanish neighbours, they discreetly read their press, in particular El Pais, which European residents can also read in English on the net.

However, the Spanish press is much less modest on this subject than the Portuguese or the French. It is much freer since the restoration of the monarchy, and does not touch the staggering public subsidies that ours touches. The Spanish dailies and weeklies do not mince words about the ongoing tragedy, that of the side effects of gene vaccines. She suspects the latter to have been, for the most part, more harmful than helpful, with a 2% risk of mortality. A tragedy whose effects could also be felt later.

The debate is only beginning timidly in Portugal, but the word of mouth of doctors and pharmacists, supported by their respective Professional Orders, in particular concerning the treatments denied here, is beginning to have its effect on informed public opinion.