ER Editor: We remind readers that Bourla’s replacement, one Janine Small, went to the European Parliament to defend her company, claiming that Pfizer acted at the ‘speed of science’. Bourla was completely MIA. And he still remains so, refusing to be held accountable.

Sure, he’s an arch crook, but can you blame him for running away? If we can believe Real Raw News, Stephane Bancel, CEO of Moderna has already been caught and tried. See Military Tribunal Convicts Moderna CEO Stéphane Bancel. RRN has also run stories on how Bancel was caught, what personal spiritual beliefs he holds, and what his ultimate fate is. We recommend browsing.

Benjamin Fulford has given us an indication of Bourla’s whereabouts: Latin America.

Pfizer CEO still refuses to be heard by MEPs 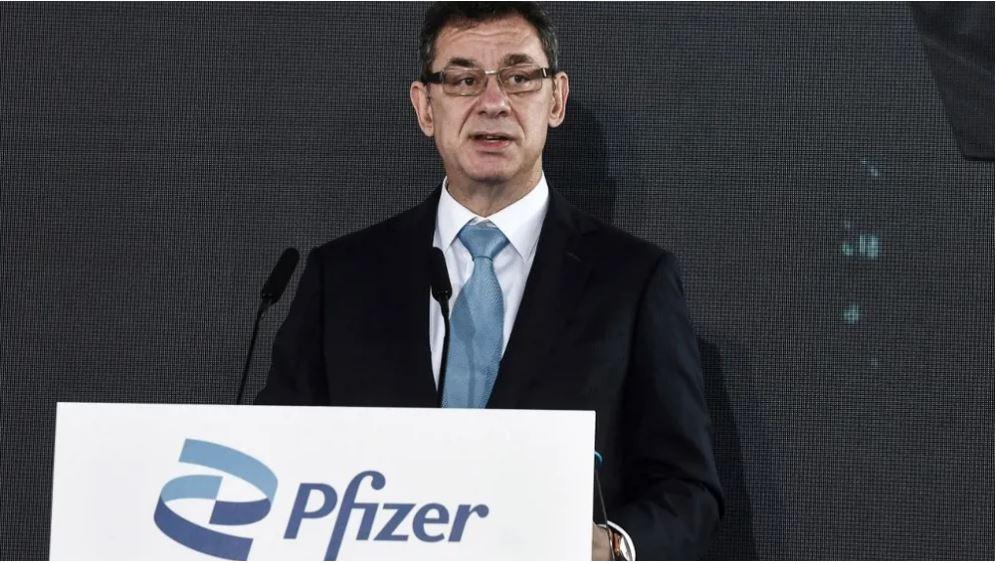 According to information reported by the website Euroactiv on December 5, Albert Bourla refused for the second time to appear before the European Parliament’s Special Commission on the Covid-19. Since Pfizer’s boss will not explain himself on contracts to buy vaccines during the epidemic, MEP Michèle Rivasi has called for the punishment of representatives of the pharmaceutical laboratory.

The Special Commission on Covid-19 (known as the Covi Commission), responsible for examining the EU response to the pandemic, was established on March 10. It is chaired by Belgian MEP Kathleen Van Brempt and by four other vice-presidents, including French MP Michèle Rivasi.

The level of transparency surrounding the anti-Covid-19 vaccine contracts and the number of doses ordered are themes that the Covi Commission wishes to address. Work made difficult, since a first request for a hearing from Albert Bourla had already been refused by the latter on October 10. It was Janine Small, regional president of Pfizer and responsible for the development of international markets, who presented herself in place of her superior.

Between Bourla and the Covid Commission, the continuous showdown

To justify his absence at the hearing, Albert Bourla wrote in a letter addressed to the European Communities: ‘Since the October hearing, we have had no other information to share with the committee, so we respectfully decline the invitation to come back to these questions.’

In a tweet published on Monday 5 December, the President of the Commission Covi Kathleen Van Brempt denounced a new dodge on his part:

‘As chair of the committee, I deeply regret Dr. Bourla’s refusal. The EU has spent a lot of public funds on the production and purchase of vaccines. Parliament has the right to obtain full transparency on the terms of these expenses and the preliminary negotiations which justified them.’

And hammer : ‘The failure of the European Commission and Pfizer to remedy this lack of transparency shows a contempt for the role of the European Parliament.’ ‘Mr. Bourla obviously has more time for price discounts’, rained on the social network MEP Virginie Joron.

What also to arouse the anger of Michèle Rivasi, elected of the Group of the Greens in the Strasbourg parliament. In a series of tweets, also published on December 5, she indicates that she has proposed to the European Parliament that ‘Pfizer representatives are banned in Parliament, as has been the case for Monsanto before; in case of refusal of a second invitation. According to her, her proposal would have been accepted. Also, the MEP hopes that ‘European Parliament will implement its decision on the spot and punish Pfizer for this repeated, unjustified and disrespectful refusal to answer our questions [ those of the Commission Covi ]’.

Translation: SMS case: Pfizer CEO Bourla has just refused to appear before the Covid Commission for the second time. After his first refusal, I proposed that he be invited back to explain himself to the MPs, as the CEOs of other laboratories have done. 1/3

Many mysteries still surround orders for mRNA vaccines of Pfizer-BioNTech with the Commission, which has also refused to communicate the prices charged. A case all the more controversial since in April 2021, the New York Times revealed the existence of an SMS exchange between Ursula von der Leyen and the CEO of Pfizer, still kept secret to date, as part of negotiations for a purchase contract for 1.8 billion doses of Pfizer / BioNTech vaccine against Covid-19.

In August 2021, the controversy increased in scale after the revelations of the Financial Times, who had had access to sales contracts concluded by Brussels. We learned whereas the pharmaceutical laboratory had obtained a 25% increase in the price on this order dating from May 2021. Each dose of Pfizer vaccine passed from 15.5 euros to 19.5 euros per unit.

These elements led the European Public Prosecutor’s Office to open a investigation Friday 14 October last on the purchase of vaccines by the EU.

Italians Create a New Political Party for Truth About Vaccines