ER Editor: Here we have published the first 2 of Yves Engler’s four articles on NATO together. See also by Engler Canada and The North Atlantic Treaty Organization (NATO). 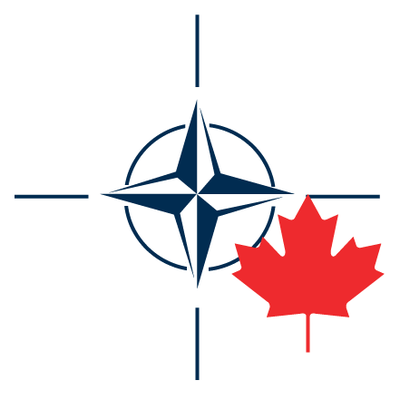 “The power  of the communists, wherever that power flourishes, depends upon their ability to suppress and destroy the free institutions that stand against them. They pick them off one by one: the political parties, the trade unions, the churches, the schools, the universities, the trade associations, even the sporting clubs and the kindergartens. The North Atlantic Treaty Organization is meant to be a

declaration to the world that this kind of conquest from within will not in the future take place amongst us.” – March 28, 1949, Lester Pearson, External Affairs Minister, House of Commons (Canada)

First in a four-part series on the 70th anniversary of the North Atlantic Treaty Organization.

With NATO turning 70 next week (ER: April 4), it’s a good occasion to revisit the creation of a military alliance operating under the stated principle that an “attack  against one ally is considered as an attack against all allies.” Now encompassing 29 member states, the north Atlantic alliance was instigated by US, British and Canadian officials.

Formally, NATO was the West’s response to an aggressive Soviet Union, but the notion that the US, or even Western Europe, was threatened by the Soviet Union after World War II is laughable. Twenty-five million people in the Soviet Union lost their lives in the war while the US came out of WWII much stronger than when they entered it. After the destruction of WWII, the Soviets were not interested in fighting the US and its allies, which Canadian and US officials admitted privately.

In April 1945 Canada’s ambassador to Russia, Dana Wilgress, concluded that “the interests  of the Soviet privileged class are bound up with the maintenance of a long period of peace.” The Soviet elite, the ambassador continued in an internal memo, was “fearful of the possibility of attack from abroad” and “obsessed with problems of security.” Wilgress believed the Soviets wanted a post-war alliance with the UK to guarantee peace in Europe (with a Soviet sphere in the East and a UK-led West.) Internally, US officials came to similar conclusions.

Rather than a defence against possible Russian attack, NATO was partly conceived as a reaction to growing socialist sentiment in Western Europe. During WWII self-described communists opposed Mussolini in Italy, fought the fascists in Greece and resisted the Nazi occupation of France. As a result, they had a great deal of prestige after the war, unlike the wealth-holders and church officials who backed the fascists. If not for US/British interference, communists, without Moscow’s support, would probably have taken power in Greece and won the 1948 election in Italy. In France the Communist Party won 30 percent of the first post-war vote, filling a number of ministries in a coalition government.

At the time of Italy’s first post-war election, prominent Canadian diplomat Escott Reid, explained that “the whole  game of the Russians is obviously to conquer without armed attack.” For his part, Pearson decried an “attempt  at a complete Russian conquest of Italy by constitutional or extra-constitutional means” and described class struggle by workers as a “new and sinister kind of danger, indirect aggression.”

US officials were equally concerned. George Kennan, the top US government policy planner at the time of NATO’s formation, considered “the communist  danger in its most threatening form as an internal problem that is of western society.” For his part, NATO commander Dwight D. Eisenhower explained:

“One  of the great and immediate uses of the [NATO] military forces we are developing is to convey a feeling of confidence to exposed populations, a confidence which will make them sturdier, politically, in their opposition to Communist inroads.”

NATO planners feared a weakening of self-confidence among Western Europe’s elite and the widely held belief that communism was the wave of the future. Tens of thousands of North American troops were stationed in Western Europe to strengthen the Western European elite’s confidence to face growing left-wing parties and movements. Apparently, “Secret anti-Communist NATO protocols” committed alliance countries’ intelligence agencies to preventing communist parties from gaining power. After the fall of the Berlin Wall, information surfaced regarding groups the CIA and MI6 organized to “stay-behind” in case of a Soviet invasion of Western Europe. No invasion took place, of course. Instead, NATO’s Secret Armies notes:

“The real and present danger in the eyes of the secret war strategists in Washington and London were the at-times numerically strong Communist parties in the democracies of Western Europe. Hence the network in the total absence of a Soviet invasion took up arms in numerous countries and fought a secret war against the political forces of the left. The secret armies… were involved in a whole series of terrorist operations and human rights violations that they wrongly blamed on the Communists in order to discredit the left at the polls.”

Informally known as “Operation Gladio,” these right- wing “stay behind” groups were overseen by NATO’s Office of Security. A Spanish paper reported, in November 1990,

“The Supreme Headquarters Allied Powers, Europe (SHAPE), directing organ of NATO’s military apparatus, coordinated the actions of Gladio, according to the revelations of Gladio Secretary General Manfred Wörner during a reunion with the NATO ambassadors of the 16 allied nations.”

At the time the European Parliament condemned Operation Gladio and requested an investigation, which hasn’t been undertaken.

Canada was one of two NATO countries omitted from Daniele Ganser’s NATO’s Secret Armies (Iceland was the other). No researcher has tied the two together, but the year after NATO was established, the RCMP began a highly secretive espionage operation and internment plan known as PROFUNC (PROminent FUNCtionaries of the Communist Party). In October 2010 CBC’s Fifth Estate and Radio-Canada’s Enquête aired shows on “this secret  contingency plan, called PROFUNC, [which] allowed police to round up and indefinitely detain Canadians believed to be Communist sympathizers.” In case of a “national security” threat, up to 16,000 suspected communists and 50,000 sympathizers were to be apprehended and interned in one of eight camps across the country. Initiated by RCMP Commissioner Stuart Taylor Wood in 1950, the plan continued until 1983.

Blunting the European Left was an important part of the establishment of NATO. As odes to the organization ring across the dominant media during this week’s 70th celebrations, it’s important to remember that NATO was birthed with an elitist, anti-democratic intent. Its reason for creation was to manage “democracy” so that existing elites maintained their status.

Defence of European Empires Was the Original NATO Goal 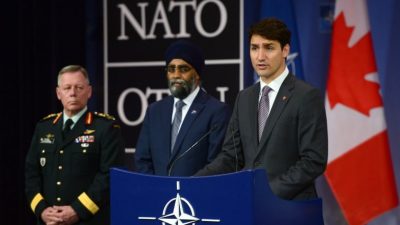 Second in a four-part series on the 70th anniversary of the North Atlantic Treaty Organization.

The first installment  in this series discussed how NATO was set up partly to blunt the European Left. The other major factor driving the creation of NATO was a desire to bolster colonial authority and bring the world under a US geopolitical umbrella.

From the outset, Canadian officials had an incredibly expansive definition of NATO’s supposed defensive character, which says an “attack against one ally is considered as an attack against all allies.” As part of the Parliamentary debate over NATO, external minister Lester Pearson said:

“There is no better way of ensuring the security of the Pacific Ocean at this particular moment than by working out, between the great democratic powers, a security arrangement the effects of which will be felt all over the world, including the Pacific area.”

“The defence of the Middle East is vital to the successful defence of Europe and north Atlantic area.”

In 1953 Pearson went even further:

“There is now only a relatively small [5,000 kilometre] geographical gap between southeast Asia and the area covered by the North Atlantic treaty, which goes to the eastern boundaries of Turkey.”

In one sense, the popular portrayal of NATO as a defensive arrangement was apt. After Europe’s second Great War, the colonial powers were economically weak while anti-colonial movements could increasingly garner outside support. The Soviets and Mao’s China, for instance, aided the Vietnamese. Similarly, Egypt supported Algerian nationalists, and Angola benefited from highly altruistic Cuban backing. The international balance of forces had swung away from the colonial powers.

“The Middle East is strategically far too important to the defence of the North Atlantic area to allow it to become a power vacuum or to pass into unfriendly hands.”

The next year Ottawa recognized the colonies of Vietnam, Cambodia and Laos as “associated states” of France, according to an internal report, “to assist a NATO colleague, sorely tried by foreign and domestic problems.” More significantly, Canada gave France hundreds of millions of dollars in military equipment through NATO’s Mutual Assistance Program. These weapons were mostly used to suppress the Vietnamese and Algerian independence movements. In 1953 Pearson told the House:

“The assistance we have given to France as a member of the NATO association may have helped her recently in the discharge of some of her obligations in Indo-China.”

Similarly, Canadian and US aid was used by the Dutch to maintain their dominance over Indonesia and West Papua New Guinea, by the Belgians in the Congo, Rwanda and Burundi, by the Portuguese in Angola, Mozambique and Guinea-Bissau and by the British in numerous places. Between 1950 and 1958 Ottawa donated a whopping $1,526,956,000 ($8 billion today) in ammunition, fighter jets, military training, etc. to European countries through the NATO Mutual Assistance Program.

The role NATO played in North American/European subjugation of the Global South made Asians and Africans wary of the organization. The Nigerian Labour Party’s 1964 pamphlet The NATO Conspiracy in Africa documents that organization’s military involvement on the continent from bases to naval agreements. In 1956 NATO established a Committee for Africa, and in June 1959 NATO’s North Atlantic Council, the organization’s main political decision-making body, warned that the communists would take advantage of African independence to the detriment of Western political and economic interests.

The north Atlantic alliance was designed to maintain unity among the historic colonial powers — and the US — in the midst of a de-colonizing world. It was also meant to strengthen US influence around the world. In a history of the 1950-53 US-led Korean war David Bercuson writes that Canada’s external minister “agreed with [President] Truman, [Secretary of State] Dean Acheson, and other American leaders that the Korean conflict was NATO’s first true test, even if it was taking place half a world away.”

Designed to maintain internal unity among the leading capitalist powers, NATO was the military alliance of the post-WWII US-centered multilateral order, which included the International Monetary Fund (IMF), World Bank, International Trade Organization (ITO) and the United Nations. (For its first two decades the UN was little more than an arm of the State Department.)

A growing capitalist power, Canada was well placed to benefit from US-centered multilateral imperialism. The Canadian elite’s business, cultural, familial and racial ties with their US counterparts meant their position and profits were likely to expand alongside Washington’s global position.

NATO bolstered colonial authority and helped bring the world under the US geopolitical umbrella, from which the Canadian elite hoped to benefit. 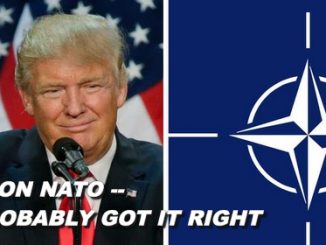 NATO or not NATO? The question for Donald Trump 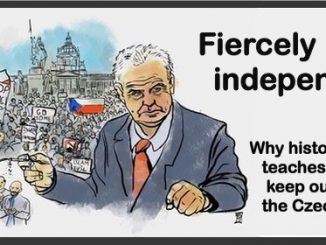