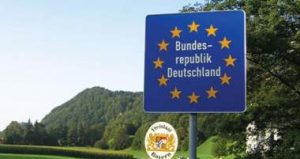 For a model of what NAFTA is intended eventually to become, we need look no further than the European Union. The EU started innocuously enough back in the 1950s as a six-nation agreement on coal and steel. Sixty years ago, almost no one in Europe could have imagined that the European Coal and Steel Community (ECSC) would one day morph into a continent-wide superstate that would compromise the independence of nearly every European country. Yet even then, it was apparent to the discerning that the ECSC was no ordinary trade agreement. Although its aims were limited, it included an international authority to regulate the production and trade in coal and steel among its member nations. As the ECSC gave way to the Common Market and eventually to the EU, with its European Parliament, European Central Bank, and other instruments of regional government, the essential premise — that such trade agreements ought to be the foundation for the creation of international authority superior to the government of any member state — remained unchanged. Only the scope of the organization grew and grew, to such an extent no one anymore regards the EU as merely a framework for trade. It has been built into the European government it was always intended to be.

In like manner, NAFTA is a steppingstone toward more integrated regional government; left to its own devices, it will not forever remain confined to trade. Indeed, NAFTA is already deeply involved in promoting international environmental regulation — pushing for some form of carbon tax, for example, which has always been on the short list of possible first steps toward a global tax imposed by the UN system.

We may expect NAFTA’s boosters to do all that they can to encourage conditions favorable for further integration into some type of North American Union. From their viewpoint, the status quo of porous borders and a vast population of undocumented immigrants from south of the border must be maintained in order to tilt the demographics of the United States more in favor of the Hispanic population (who will, for the most part, favor open borders, amnesty for illegals, and the dilution of national sovereignty) and to get Americans accustomed to the supposed inevitability of the flood of illegal immigrants. For this reason, projects such as President Trump’s proposed border wall and tougher immigration laws will be vigorously opposed by the pro-NAFTA Washington establishment.

NAFTA being a three-nation bloc, the United States can expect to find itself repeatedly outflanked and outvoted by its two trade partners. Canada and Mexico are very divergent demographically and culturally, but both have embraced socialism to a far greater degree than the United States. In matters of environmental regulation, affirmative action, union influence, and a whole range of other “progressive” conceits, those who defend laissez-faire capitalism in the United States are unlikely to get much of a hearing in the inner deliberations of NAFTA, populated as it is by American establishment leftists and their confreres in Mexico and Canada. Indeed, it was pressure from Canada and Mexico regarding the need for environmental provisions in the agreement that led to the creation of the Commission for Environmental Cooperation, the environmental enforcement arm of NAFTA, in a side agreement.

Just as the ECSC used its control over two critical resources (coal and steel) to strong-arm European countries into concessions of sovereignty, so too will NAFTA or a successor organization eventually exert control over America’s critical resources, instructing us how much or how little to produce and sell. Such a state of affairs could be particularly disastrous in wartime, and cripple our ability to produce needed materiel. Indeed, under NAFTA a large portion of our manufacturing capacity has already migrated south of the border.

It is enough to note that NAFTA is not about free trade, but about managed trade, one of the highest priorities on any international socialist’s wish list. Such trade agreements are designed to level, not improve, the economies of wealthy countries such as the United States, and to unequally yoke them to the socialist developing world. It is only a matter of time before — as with the EU — NAFTA’s mask of benignity is removed. 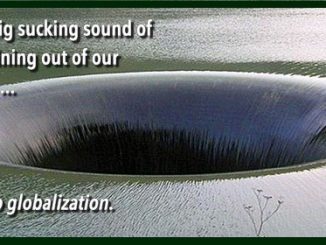 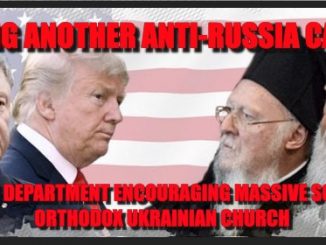 What We’ve Lost with Globalism and Mass-Produced Food