A tectonic-level battle could soon take place over the fundamental structure of America, and hardly anyone sees it coming. Nevertheless, I am making a bold prediction for 2017.

With the Democrat party seemingly in total upheaval after the 2016 Presidential election, it boggles the mind at how fast political fortunes can change these days. Democrats, liberals, leftist and progressives have arguably realized that the current system of things political has become impenetrable to them, and that they will not move forward by gaming the existing political machinery any longer. 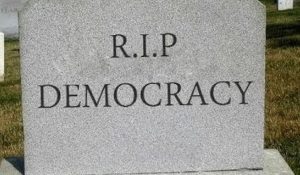 Instead, watch for a new mantra: “Since Democracy* is irrefutably broken, let’s just throw it under the bus and start afresh with… Technocracy.” In other words, if you can’t get rid of Trump, then get rid of the office altogether.

(The efforts and methods of the Trilateral Commission since its founding in 1973 to resurrect historic Technocracy have been thoroughly documented in my book, Technocracy Rising: The Trojan Horse of Global Transformation.)

First, note that there have been a rash of articles appearing recently in globalist media hammering on the failure of and soon demise of Democracy.

According to globalist reasoning, Democracy was a useful tool to get us to where we are today, but it is woefully inadequate to take us into the future. It’s dead. It’s over. It’s time for something new, a final solution to America’s myriad problems. 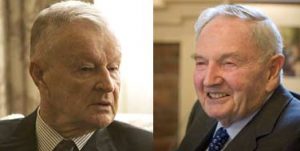 Zbigniew Brzezinski (pictured left) predicted this in his 1970 book, Between Two Ages: America’s Role In the Technetronic Era, namely, that Communism and Socialism were necessary stepping stones to get to the end game, but they were not the end game in themselves. The final target was to be Brzezinski’s Technetronic Era, which I pointedly contend is little more than warmed over Technocracy from the 1930s. In 1973, Brzezinski co-founded the Trilateral Commission with David Rockefeller to create a “New International Economic Order.”

Second, President Obama took only eight years to systematically deconstruct America using radical Marxist tactics. It was a thoroughly effective game plan, and it has decidedly broken the existing political/economic system in the process. In fact, it was so broken that Hillary Clinton, the mistress of political gamesmanship, could not even win the 2016 Presidential election! This ‘failure’ happened as Trilateral Commission members surrounded Obama for all eight years of his tenure as President, and as Clinton and her campaign were carefully managed by Trilateral bigwig John Podesta.

After 40 years of careful observation, I have concluded that the globalist strategy is always played like a chess game. They think several moves ahead of us, and they use every means possible to cover their tracks and to mislead about their future intentions. Antony Sutton and I broke their code in the 1970s, and I attest that nothing has changed today.

Thus, the next move on this grand chessboard will be to fuel the flames of discontents who call for (demand) trashing democracy altogether. Simultaneously, Technocracy will be presented as the perfect, if not only, solution to replace it.

So, it is no coincidence that global scholar Parag Khanna’s new book, Technocracy in America: Rise of the Info-State, will be released on Tuesday, January 10, 2017, just 10 days prior to Inauguration Day for President-elect Trump. Nor is it a coincidence that Khanna has already gained a major platform of progressive media to push his radical ideas:

What is he proposing? The marketing text for Khanna’s Technocracy in America: Rise of the Info-State, most likely written by himself, states:

American democracy just isn’t good enough anymore… The ideal form of government for the complex 21st century is what Khanna calls a ‘direct technocracy,’ one led by experts but perpetually consulting the people through a combination of democracy and data. From a seven-member presidency and a restructured cabinet to replacing the Senate with an Assembly of Governors, Technocracy in America is full of sensible proposals that have been proven to work in the world’s most successful societies. Americans have a choice for whom they elect president, but they should not wait any longer to redesign their political system following Khanna’s pragmatic vision.

Some readers will immediately reject my prediction as being ridiculous, stating that Technocracy will never gain any foothold in America. Such readers would do well to review history; in the 1930s and 40s, there were over 500,000 card-carrying, dues-paying members of Technocracy, Inc. and it was wildly popular with millions of other Americans. If Americans were dumb enough to believe it then, they can be dumb enough to believe it today.

You can test my prediction in coming weeks and months in two ways. First, watch for calls to end democracy or radically restructure government. Second, watch for increased media coverage of Khanna’s call for a ‘direct technocracy’ in America. Some of the high points of Khanna’s book include,

Trilaterals and global elite strategists are not the only people in the world who can play chess. I have just given you their most-likely next move in advance, so the only question that remains is, how you will answer that move?

* Yes, America was founded as a Constitutional Republic, but progressives and elitists do not recognize this form of government. Therefore, they will never refer to America as anything other than a Democracy.

ER recommends other articles by Activist Post, and Patrick Wood’s own site, Technocracy News, where this article first appeared.

Patrick Wood, the founder of Technocracy News,is a leading critical expert on Sustainable Development, Green Economy, Agenda 21, 2030 Agenda and historic Technocracy. He is the author of Technocracy Rising: The Trojan Horse of Global Transformation (2015) and co-author of Trilaterals Over Washington, Volumes I and II (1978-1980) with the late Antony C. Sutton. Wood remains a leading expert on the elitist Trilateral Commission, their policies and achievements in creating their self-proclaimed “New International Economic Order” which is the essence of Sustainable Development on a global scale. 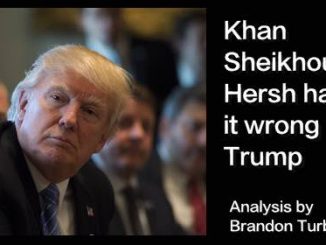 Trump Involvement In Syria Missile Strike A Red Herring: It Was Always The Deep State 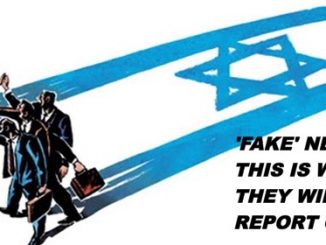 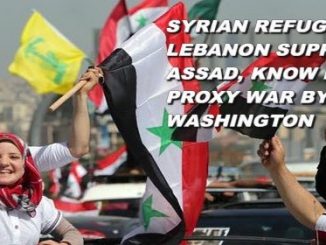