ER Editor: In this one-hour video we see Reiner Fuellmich interview the very effective German MEP, Christine Anderson (who has very good English; this interview is translated, however, from German in real time) first elected in 2019.

Check out these links (here and here) to see more of Anderson.

Here are some notes on the video discussion:

Links to other relevant articles have been inserted into the text.

Video: On the Extension of the Digital COVID Certificate. Christine Anderson, Member of the European Parliament. Corona Investigative Committee 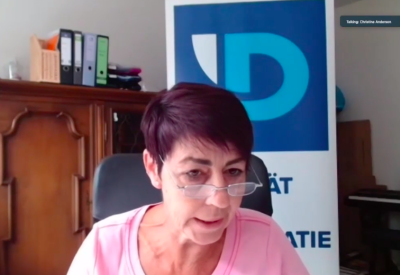 Featured image is a screenshot from the video