What can one say when a well-respected investigative journalist exposed both Joe Biden and Barack Obama as closeted fascists, and the entire mainstream ‘news’ media has ignored it?

This was a news report that would be a candidate for the Pulitzers if the Pulitzer prizes were at all honest — but it is instead utterly ignored. What does that say about the reality of ‘freedom of the press’ in the U.S.A.?

The news report that ought to terminate Joe Biden’s possibility of representing the Democratic Party as its nominee in the 2016 U.S. Presidential elections is Blumenthal’s July 28th “How Joe Biden’s privatization plans helped doom Latin America and fuel the migration crisis”.  It exposes (according to Biden’s own brag) Biden’s key role in the Obama Administration’s (with almost 100% cooperation from both houses of Congress) imposition upon Honduras of a libertarian heaven of privatizing (for the aristocracy) whatever national assets hadn’t yet been privatized in that deeply corrupt and impoverished nation. This plan has been heaven for Honduras’s and America’s aristocrats, but anti-liberty hell for Honduras’s public, and Biden now says that he designed it. Everyone who is considering whether to vote for Joe Biden to represent Democrats in the upcoming U.S. Presidential election should read Blumenthal’s article because it documents that the Democratic Party’s turn toward fascism will become complete if Biden does become the Party’s nominee. I won’t summarize Blumenthal’s article here, since I think that every Democratic Party voter needs to read it in order to know the real Joe Biden. However, I shall here supplement it, with important historical background:

The core of Biden’s plan has been privatization of public assets. Privatization was actually invented by the inventor of fascism, Benito Mussolini, in 1922-1925.

Despite the aristocracy-spread myth that privatization was introduced by two (supposed) democracies, the 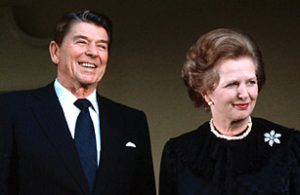 USA (Reagan) and UK (Thatcher), in the 1980s, privatization was, in fact, a big aim of the elite fascists, ever since the start of fascism. After all, aristocrats control the vast majority of the private wealth. Privatization means that they get to control also what was previously public wealth. Privatization, moreover, provides corrupt politicians (their politicians) an opportunity to pay off their contributors by offering them an inside track on public-asset sales. In September 2009, the European University Institute issued their RSCAS_2009_46.pdf, titled “From Public to Private: Privatization in 1920’s Fascist Italy” (subsequently retitled “The First Privatization: Selling SOEs” in the 2011 Cambridge Journal of Economics), by Germa Bel. She said in her summary:

“Privatization was an important policy in Italy in 1922-1925. The Fascist government was alone in transferring State ownership and services to private firms in the 1920s; 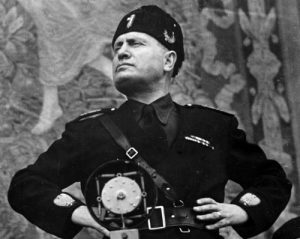 no other country in the world would engage in such a policy until Nazi Germany did so between 1934 and 1937.”

“In his first speech as a member of the Italian Parliament in June 1921, Mussolini said: ‘The State must have a police, a judiciary, an army, and a foreign policy. All other things, and I do not exclude secondary education, must go back to the private activity of individuals.’”

He was the first libertarian. Then, in the February 2010 Economic History Review, she headlined a study specifically about the German case, “Against the Mainstream: Nazi Privatization in 1930s Germany”. Here, she reported that, though

Furthermore, “Germany was alone in developing a policy of privatization in the mid-1930s,” since Italy had finished its privatizations by then. The purposes of these privatizations, in both cases, were chiefly “receipts from selling” the assets to finance rearmament, and also “the desire to increase support from” the major aristocrats (such as, in Germany, the armaments-making firms of the Thyssens, the Krupps, and the Flicks), who received sweet deals on these assets.

Back in October 2013, I headlined “Hillary Clinton’s Two Foreign-Policy Catastrophes” and wrote:

Honduras was now (even more than before Zelaya) under a “libertarian” government — a government that respected only property-rights of approved people [the aristocracy and their agents], no personal or other rights for anyone else (such as for [the richest of Honduras’s aristocrats] Facussé’s propertyless campesinos). Paul Romer, the husband of Obama’s former chief economist Christina Romer, was joining with other libertarians to promote the idea of a totally “free market” model city in Honduras. On 10 December 2011, Britain’s libertarian ECONOMIST magazine bannered “Hong Kong in Honduras,” and “Honduras Shrugged [a play on Ayn Rand’s Atlas Shrugged]: Two Start-Ups Want to Try Out Libertarian Ideas in the Country’s New Special Development Regions.” Then, on 6 September 2012, Britain’s Guardian bannered “Honduras to Build New City with Its Own Laws and Tax System.” However, the entrepreneur aiming to develop this new Honduran city 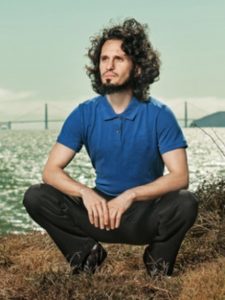 freed from the law, the grandson of the far-right economist Milton Friedman, Patri Friedman (pictured), headlined at his Future Cities Development Inc., on 19 October 2012, “Closing Statement From Future Cities Development, Inc.” and he announced that though “passing with a vote of 126-1” in the Honduran legislature, his project was ruled unconstitutional by a judge because it would remove that land from the Honduran legal system. Patri had been fundraising for this project ever since he had publicly announced at the libertarian Koch brothers’ Cato Institute, on 6 April 2009, “Democracy Is Not The Answer,” and he then said, “Democracy is rigged against libertarians.” He ended his statement by announcing “my proposal,” which was to “build new city-states,” where there would be no democracy, and only the investors would have any rights at all — an extreme gated community. Just months later, the new Honduran President, a libertarian like Patri, invited him to do it, but this judge killed the idea.

Furthermore, as Foreign Policy in Focus reported on 15 March 2012, “Land grabs to transfer land and resources from small-scale farmers, indigenous peoples, and poor urban residents into the hands of large-scale developers and megaprojects have generated violence throughout the country.”

Inasmuch as Honduras was becoming too dangerous for Americans, the AP headlined on 19 January 2012, “Peace Corps Pullout a New Blow to Honduras” and reported that, “The U.S. government’s decision to pull out all its Peace Corps volunteers from Honduras for safety reasons is yet another blow to a nation still battered by a coup and recently labeled [by the U.N. as] the world’s most deadly country.” Three days later, on the 22nd, Frances Robles of the Miami Herald, headlined “Graft, Greed, Mayhem Turn Honduras into Murder Capital of World,” and reported the details of a nation where aristocrats were protected by their own private guards, the public were on their own, and all new entrants into the aristocracy were drug traffickers and the soldiers and police who worked for those traffickers. Narcotics were now by far the most booming industry in Honduras, if not the only booming industry there post-coup. Robles reported, “Everybody has been bought,” in this paradise of anarchism, or libertarianism (i.e.: in this aristocratically controlled country — which is what fascism is: the modern form of feudalism).

On 12 February 2012, NPR headlined “Who Rules in Honduras? Coup’s Legacy of Violence.” The ruling families weren’t even noted here, much less mentioned, in this supposed news-report on the subject of “Who Rules in Honduras?” However, this story did note that, “Many experts say things got markedly worse after the 2009 coup.” (That was a severe understatement.)

And that also explains this: