The following is an excerpt from a longer post published by The Saker on October 3, 2017 titled “Maidan in Spain, and some new dog whistles”. The excerpt featured below deals with the situation in Spain regarding Catalonia and what its recent independence referendum may actually mean.

Europe Reloaded finds this type of analysis far more persuasive than those – some of which we’ve published here – which see the Catalonian referendum as quite simply an exercise in independence and liberty. As much as we’d like to believe that view, the analysis below takes into account a much broader range of pertinent issues: US neocon foreign policy in relation to Europe; US ‘involvement’ in the EU migrant crisis; oil/gas pipelines into Europe where Russian companies are the perennial target for exclusion; the New Silk Road (One Belt One Road – OBOR) project initiated by China, which should affect Europe positively and give China plenty of soft power in the region. As seasoned readers are well aware, the US neocons do not favor peace, stability and prosperity for other nations, especially where Russia, China and Iran are concerned.

The article below mentions, and links to, the Pentagon’s 20 year plan to do a “controlled demolition of European societies”.  In that regard, I can thoroughly recommend J. Michael Springmann’s book, Goodbye, Europe? Hello, Chaos?: Merkel’s Migrant Bomb, which gives further insight into the US plan to wreck Europe using destruction of other countries and the resulting migrant flows as a weapon of cultural and economic destruction. 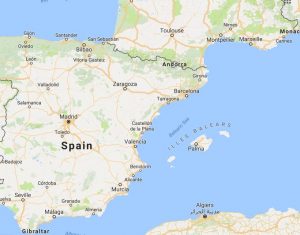 The Catalan justice minister, Germà Gordó, stated that citizens of these areas would be offered Catalan passports and nationality. ‘Greater ‘Catalonia’, or as the Catalan nationalists refer to it, the ‘Paises Catalanes’.

Other Catalan countries (see map) include the Spanish regions of Catalonia, Valencia, the Balearic Islands and parts of Aragon, as well as Roussillon in France, the Principality of Andorra, and the islands of Sicily and Sardinia, and the Greek Athens and Neopatria.

The French head of state—whether king, emperor, or president— serves as a co-prince of the Principality of Andorra.

So, France might lose its control over Andorra if Catalans declare their independence there.

Following the so called “Madrid Pacts,” the USA managed to install military bases in Spain and close the clamp on the Mediterranean sea.

The agreement was show to the public by the fascist regime of General Franco a model of mutual aid – military and economic – between “two powers”. USA secret clauses reserved the unilateral initiative and use of the facilities. USA kept the space under American laws.

According to the Pentagon’s 20 year plan, discussed here, the Americans have just ten years to organize a controlled demolition of the European societies, to the point when the American troops will be needed to restore the civilian order and to control the civil unrest. To be able to bring armies of  jihadists into Europe, the US wants control over the border of Spain facing North Africa and the Balearies islands (see map above).

It also lets the US close the Mediterranean Sea for the Russian fleet on its route from the Baltic Sea to its base in Syria.

An overview of the American military presence, covert and overt in Spain.

Greenjolly represented Ukraine at the 2005 Eurovision Song Contest in Kyiv with the song Razom Nas Bahato {Many of us together, we are undefeatable. Revolution is on…)

Watch footage shown during the interview with MEP Jordi SOLÉ.

At 0:48 they show black-and-red flags of the Right Sector Ukrainian extremist nationalist party and its illegal, punitive armed formations.

At 0:55 there is footage of young “protesters” jumping up and down, just like the Ukrainian extremists jumped up and down on Maidan screaming “Knife the Russians” and “Mosclyaky na golyaku” meaning “Hang Russians.”

It’s clear that no one in Catalan consulted an international law attorney, who would tell those who carry the eternal “rallying cry for Western tribalism,” like Catalonia, The Basque, the Scots, the ‘Padania’, and the list goes on.

Five years ago, Joseph Weiler, an Editor-in-Chief of the European Journal of International Law, wrote a short essay explaining how Catalan independence is not protected by the international law and why.

“The Canadian Supreme Court, in its careful and meticulous decision on Quebec the reasoning of which remains valid today, clearly showed that none of these cases enjoy a right of secession under public international law, since all of them enjoy extensive individual and collective liberties enabling the full vindication of their national and/or cultural identity within their respective states.”

What he is really saying is that the government of Spain has to show its “fascist” side for Catalonia to gain some “moral” grounds to claim its “independence.”

We know that no color revolution can succeed without the central government being complicit in it and without having outside assistance.

Don’t get too emotional and don’t get fooled by the “police brutality” footage, unless you absolutely know that it’s authentic and wasn’t filmed a month ago in Latvia with the crisis actors, like it was the case with the White Helmets videos, and many other cases of fake videos to trigger your compassion. 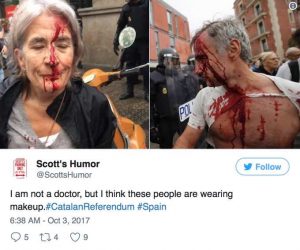 Catalan President @KRLS tweeted –  This morning I called President @masoud_barzani to congratulate him on the KurdistanReferendum. We wished each other great success 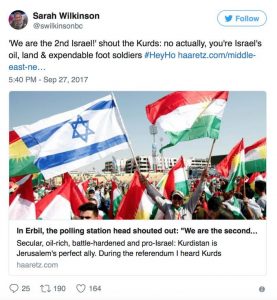 And, there are two main reasons why Spain got hit with a color revolution…

“Russian fuel will account for 12 percent of all gas consumed in Spain”, Russian media reports.

Spanish natural gas utilities company Gas Natural Fenosa signed a liquefied natural gas (LNG) contract in November 2016 worth over 30 billion euros with Russia’s Yamal LNG, which is planning to launch a gas liquefying facility beyond the Arctic Circle in 2017.

Deliveries of Russian LNG to Spain are expected in the second quarter of 2018, Interfax news agency reported on May 30.

Yamal LNG will supply the Spanish partner with 2.5 million tons of gas over 25 years. This volume accounts for about 12 percent of Spain’s gas consumption back in 2015, Vedomosti business daily reports.”

Catalonia has its own LNG terminal owned by Enagás in Barcelona. There is also the Tarragona refinery.

“FROM AN EUROPEAN PERSPECTIVE, creating a new corridor from South to North developing the IBERIAN-FRENCH CORRIDOR, opens a path to transport gas from Algeria to central Europe through France, increasing the European diversification of supply by reducing the dependence of the incumbent gas source jointly with the risks linked to security of supply.”

“A strategic gas pipeline is to be built through the Catalan Pyrenees, linking the Iberian Peninsula with France and Central Europe. The Midcat project aims to reduce Europe’s dependency on Russian gas by 40%, diversifying the sources of supply. The pipeline should be operational by 2020…”

Now, the crisis with Russia has reignited the urge to find alternative gas suppliers for Central Europe.”

“Alternatives to Russian gas are urgently needed, not just because of the Ukraine crisis: Spain is building new pipelines and making Europe more independent of Gazprom. Natural gas from Nigeria will go to Europe.” 2014 from  Europas Abhängigkeit von Gazprom Erdgas aus der Sahara

Feb 2, 2017 – “The Midcat is a gas pipeline that would link Spain and France with the goal of allowing an Algerian gas flow into Europe.”

2. The second reason is that Spain is trying to be a part of China’s OBOR project

Mariano Rajoy: Rajoy: Spain Can Act As Link Between Asia And Europe With Both Africa And Latin America

Catalonia wants to play the same role Ukraine tried to play in relation to Russia: to be the most important transit route into the EU. When Washington invaded the Ukraine, their plans were to sit on gas-oil pipelines, to collect the transfer fees and to dictate to Russia and the EU prices and conditions of trade; to control the long-haul trucking and railroad routes from Russia and Eurasia to the EU and from the EU to Russia, China and Eurasia.

By taking control of Catalonia, Washington and also, probably, Tel-Aviv and Brussels will control not only Spain, but also the North African trade routes, migrant routes and shipping routes in and out of the Mediterranean Sea.

As of now, Washington has been nearly successful in blocking Europe to the East. With a color revolution in Catalonia, it is trying to block Europe from the South-West.

They call this “taking command of a blocking position.”

A rant of Alex Calvo, a fellow with a perfectly neo-liberal bio, Calvo is a Professor of International Relations and International Law, and guest professor at Nagoya University. An expert on Asian security and defense issues, he got his LLB from the School of Oriental and African Studies (SOAS, University of London) and is currently doing an MA in Second World War Studies at the University of Birmingham. He is a former teaching and research fellow at the OSCE Academy in Bishkek (Kyrgyzstan).

Midcat Natural Gas Pipeline a reminder of Catalonia’s key Strategic location: Spain has no alternative but to negotiate

“Spanish officials and politicians insist that Catalonia will be excluded from the EU, forgetting that it is them that run that risk. A simple look at the map shows that Spaniards better behave and immediately recognize Catalonia, else their EU-bound lorries may suffer some unfortunate delays while being inspected by Catalan border authorities. “

Catalonia wants to walk away from its debt, forcing Spain to guarantee its payment or to default.

“It emerged again this month when the region’s Parliament passed a law that said a newly independent Catalonia’s economic and financial obligations will be set by “the terms that are agreed” with the nation it’s leaving, rather than offering a guarantee of full payment.”

The moment Spain got a glimpse of hope for the future with cheaper Russian LNG and participation in the OBOR, Washington and Co. moved in to destroy it.

Vladimir Vladimirovich Putin received credentials from 20 foreign ambassadors. The ceremony, which symbolizes the official start of the ambassadors’ missions in the Russian Federation, took place in the Alexander Hall of the Grand Kremlin Palace.

Putin said: “Russian-Spanish relations go back many centuries. This year we marked 350 years since the establishment of the first diplomatic contacts between our states. Our people are bound together by the feelings of mutual sympathy and respect. There is potential for developing Russian-Spanish cooperation in many areas despite an adverse political situation. Everyone is talking about the Catalonian referendum now. Frankly, we are seriously concerned about Spain, even though this is an internal affair of the Kingdom of Spain. We hope it will overcome this crisis.”

Director of Research and Development

author of The enemy of the State

ER recommends other articles by The Saker 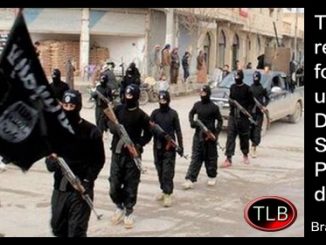 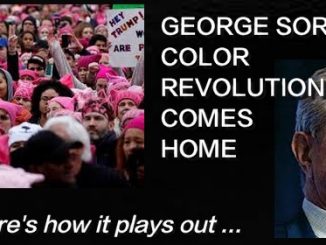