ER Editor: See also Putin invites Macron to take part in celebrations of 75th anniversary of victory in WWII.  In light of a report we published recently on the warm visit to France by Dimitry Medvedev, we wonder if relations between France and Russia aren’t moving into more positive, anti-Washington territory.

PARIS – French President Emmanuel Macron has bucked other Atlanticist allies, and has announced that he will visit Russia in 2020 to celebrate the 75th anniversary of the Victory. 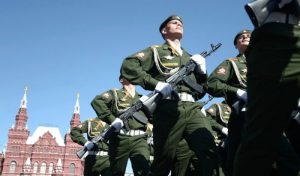 He reported about it on air of the program “Tolstoy  Sunday” on Channel One.

Macron said that Russian President Vladimir Putin had invited him to the celebration during a meeting on the margins of the G-20 summit in Osaka. The celebration of this date, according to the president, is important for France.

“Mr Putin invited me and I will come … We know that they owe much to Russia and those who resisted,” said the French leader.

Earlier, at a meeting with Putin, Macron expressed confidence that in the current international situation, cooperation between Russia and France – permanent members of the UN Security Council – is of paramount importance and in today’s unpredictable world, liberal democracies still have much to do and bring. The President recalled that the ministers of foreign affairs and defense of the Russian Federation and France will have a meeting in the “two plus two” format in several weeks.

Macron has been struggling to find a footing within France’s complex political process. A series of unpopular measures, including an austerity-like tax, first sent truck drivers into the streets wearing yellow vests, followed shortly after by the citizenry at large. This became known as the Yellow Vest movement.

Atlanticist media had long speculated if there was a Russian hand in the Yellow Vest movement – speculations which are thought to have found some confirmation in the relative dying down of the protests that paralleled France’s backing of Russia and Egypt in Libya over the past several months. These speculations will no doubt be further fueled by Macron’s commitment to attend Victory Day in Russia. 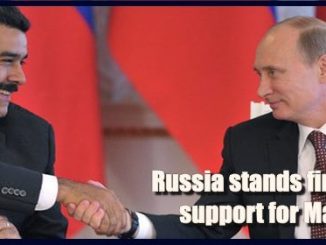