London Mayor Sadiq Kahn has been dressed down in a scathing attack by former Metropolitan Police superintendent Leroy Logan, who says that Kahn has no “coherent strategy” to fight violent crime in London, reports the Evening Standard following a special investigative series.

In a scathing attack, former Metropolitan Police superintendent Leroy Logan accused the Mayor of adopting an “enforcement approach” and failing to properly build trust with communities.

He said: “The results speak for themselves, he is failing and unfortunately there are young people dying on the street because of that.” –Evening Standard

Recall in April we reported that London had surpassed New York City’s murder rate for a second month in a row due to a surge in knife attacks.

Logan’s comments appear in day two of the Standard‘s special investigation into Kahn’s record as Mayor. The audit covers four main categories which Londoners listed as their top priorities in 2016 when Kahn ran for office. The London mayor has failed spectacularly on crime, the Standard reveals, despite Kahn’s manifesto promising to “challenge gang culture and knife crime head-on” by beefing up neighborhood policing. 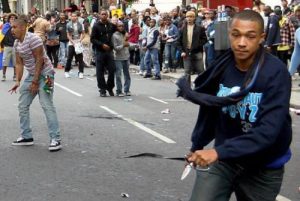 Figures show that roberies have soared by 22% in the 12 months leading up to July, while knife crimes are up 12%. The number of violent crimes in general is up 5% over the same period.

Meanwhile, over 100 homicide investigations have been launched.

Yesterday a 22-year-old man, named locally as Ismail Tanrikulu, was found shot dead in a Tottenham cemetery. Mr Logan, a former chairman of the Black Police Association Charitable Trust, said he had advised the Mayor on crime policy in the run-up to his election in May 2016.

He said: “I made it clear to Sadiq that his agenda needed to be citizen-focused and the Met had to be accountable. I made it clear you cannot stop-and-search or arrest your way out of the problem; you have to have a partnership approach. But as soon as he was in office he turned his back on a lot of that.” –Evening Standard

In September 2016, Kahn – who made a name for himself as a young attorney defending terrorists, said that terror attacks are “part and parcel of life in a big city.”

Logan – an adviser to the all-party Youth Violence Commission, has accused Kahn of having “no real, coherent strategy where you can say that everyone knows where they fit. There is just an enforcement approach. He has a strategy, but it is not getting into the wider holistic approach that you need,” and added “There should be more community engagement, especially with young people.”

Instead, he says the London Mayor has developed an approach which includes “putting fear into the minds of young people on the streets. They are already in fear and trying to scare them is not going to work.”

“The real solution is recognising that our young people are suffering from adverse childhood experiences, they need to be supported around the trauma and the fear and the grooming process they are increasingly victims of. There are growing numbers of youngsters being groomed on a day-to-day basis,” says Logan. 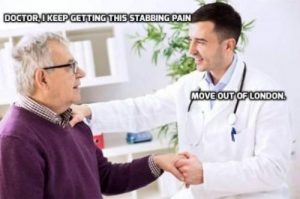 The Standard launched their investigation into London violence in July, after championing a landmark report from the Youth Violence Commission Logan advises.

Kahn insists that he has a “holistic” approach to violent crime, pointing to his creation of the “Violent Crime Taskforce,” which includes over 150 officers focused solely on the issue.

“I’ve brought the police together with local councils, charities, community groups and others to work on a public health approach to tackling knife crime,” says Kahn.

Perhaps Kahn can start by doing something to ensure that UK cops aren’t laughing stocks? 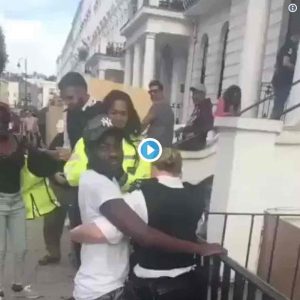 This guy gets a pass…

Then there are these super troopers: 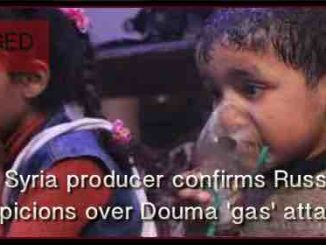 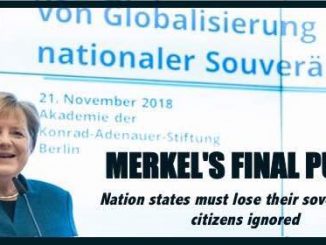 Merkel: Nation States Must “Give Up Sovereignty” To New World Order, Ignore Citizens