The Presidents of Israel say a great deal about the nature of the self proclaimed ‘Jewish State’. An Israeli President is positioned upon a pedestal, as perhaps one of the most highly regarded figures, so is of much significance to the country’s image.

Often attempts are made to whitewash the well documented Israeli crimes perpetrated against the Palestinian people. Many Israeli-committed atrocities have simply been glossed over as “mistakes”, whilst the line is then toed that the State of Israel is aligned with the values of the Western World.  Most mainstream media figure-heads will even attempt to paint Israel as a progressively oriented democratic state.

A state/country can often be judged by who it picks to represent it and who it chooses to project its image to the world.

The broadly accepted notion that there are “a few bad apples” that exist within the Israeli political institution does not properly confront the recurring themes of bigotry, terrorism, sexism, fraud and xenophobia that are found when investigating the conduct of the Presidents of Israel.

The following presents small samples of what Israeli Presidents felt comfortable sharing with the world.

Chaim Weizmann – First President of the State of Israel 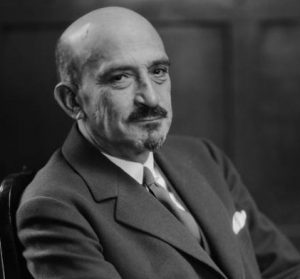 Israel’s first ever President was Chaim Weizmann, he remained President until his death on the 9th of November, 1952. He is, to this day, widely regarded as one of the founding fathers of the State of Israel, this is due to his early involvement in the Zionist Movement.

Chaim Weizmann sums up very succinctly, his Zionist perception of Arab people, in a letter written in 1918, stating that; “The Arab is primitive and believes what he is told” (as quoted in One Palestine Complete, P. 109). The former President also denied the existence of an Arab nation inside the state of Palestine, at the time (1918), describing Arabs as “Ignorant” and “Naive” during a discussion on Arabs in Palestine.

Yitzhak Ben Zvi – Second President of the State of Israel 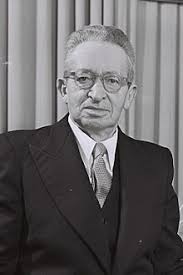 The following, extremely racist comment, was written in an article by the former President, published by the Ultra-Orthodox newspaper “Hassidic World”:

“the Arabs are a people similar to donkeys… they are a vile nation of savages… they have a great desire to murder and are even worse than the Nazi enemy.”

The above quote is but a sample of an article, reported upon by the Israeli News outlet ‘Ynet News’ (on the 26th of August 2006). This blatantly racist article, was not the product of a neo-Nazi street thug, but rather a man who was Israel’s President for almost 9 years.

Zalman Shazar – Third President of the State of Israel

Zalman Shazar served as Israel’s President for three days short of 10 years, between 1963 and 1973. In 1951, Zalman Shazar expressed himself, promoting an idea that has remained imbedded in Israeli ideology to this day, White Jewish Supremacy. 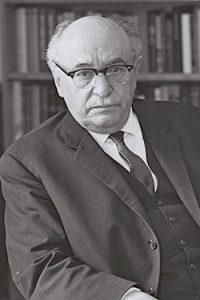 On Page 35, of the book ‘Intra-Jewish Conflict in Israel: White Jews, Black jews’, written by Sami Shalom Chetrit, Zalman Shazar is quoted as sharing the following statement, regarding the dangers posed by the ‘Mizrahi Aliyah’ (Non-White Jews):

“It will cost us dearly. This is Unfathomable… An Aliyah has to come to us who never knew the taste of a high school, and they are unused to so much education, to do so much learning… Suppose that, okay, we can bring them to graduate primary schools, but what will the level be then, what will the yishuv be like, would we able to be a light for the Gentiles?… Will the yishuv in Israel survive without more Europeans and Anglo-Saxons, Jews like us?”

Ephraim Katzir – The Fourth President of the State of Israel

Serving from 1973 until 1978, Ephraim Katzir was the fourth President of the State of Israel. 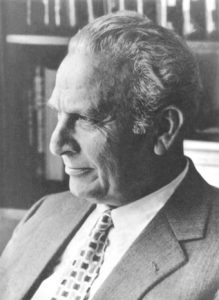 “I was involved in HEMED BEIT from the beginning. We planned various activities, to get a sense of what CBW is and how could we build a potential [in this area] should there be a need for such a potential.”

Yitzhak Navon – Fifth President of the State of Israel 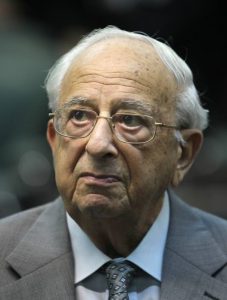 Between 1978 and 1983 Yitzhak Navon served as the Israeli President.

A point Yitzhak Navon made clear, was that the Israeli labor movements intentions were to cleanse the native Palestinians of their historic homeland. In Bernard Avishai’s, ‘The Tragedy of Zionism’ (P.340), written in 1985, he quotes the former President as saying:

“The very point of Labor’s Zionist program is to have as much land as possible and as few Arabs as possible!”

Chaim Herzog – The Sixth President of the State of Israel

Chaim Herzog was the sixth President of Israel and held his position from 1983 until 1993.

Herzog was perhaps most famous for a speech he delivered, addressing the United Nations in 1974, 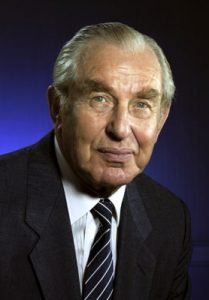 condemning ‘General Assembly resolution 3373’, which equated Zionism to racism. During this speech he consistently refers to the terrorism committed by Arabs and uses the holocaust along with Jewish persecution – along with frequent references to religious rights to the land – to justify committing crimes against the Palestinians.

Constantly pointing the finger at Arabs for what he defined as “terrorism”, Chaim Herzog forgets to mention that he was himself a member of the Haganah. The Haganah were considered, by British Mandate Forces in Palestine, to be a terrorist organization before the group morphed into the Israeli Defense Forces (IDF), post 1948.

At the 73rd Address to the Canadian Parliament, Chaim Herzog, on the 27th of June in 1989, said the following:

Various Israeli websites and journalists, have attempted to claim that the words of Golda Meir (Former Israeli Prime Minister) were fabricated. The above quote shows, that not only did Chaim Herzog believe these words had came from Golda Meir, but also, that he thought that this statement was perfectly viable himself.

Ezer Weizman – The Seventh President of the State of Israel

Ezer Weizman was the President of Israel from 1993 until the year 2000. He resigned from his position as President, after it emerged in 1999, that he was involved in a bribery scandal.

Ezer Weizman was known as the founder of Israel’s air-force and was a former member of the Haganah.

Ezer Weizman was widely known as a misogynist and was accused of making homophobic comments on several occasions. The former president infamously said, in the event of a female being refused to take a pilot course (1993): “have you ever seen a man sewing a pair of socks?”.

Moshe Katzav – The Eighth President of the State of Israel

Moshe Katzav was President of Israel from the year 2000 until 2007. He resigned as President, handing it over as part of a plea bargain, during an ongoing court case, after being accused of raping multiple women. 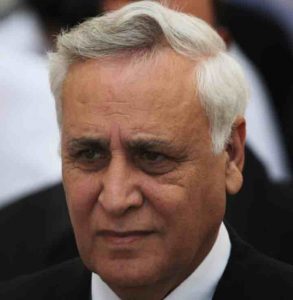 Moshe Katzav was sentenced to 7 years imprisonment for rape, he was granted parole after 5 years.

As well as being a convicted rapist, he also had no quarrel with spouting out his hatred of Palestinians. It was reported on the 11th of May, 2001, by the Jerusalem post, that Moshe Katzav said:

“There is a huge gap between us and our enemies – not just in ability but in morality, culture, sanctity of life, and conscience”. Katsav told this to a ‘Beit Hanassi’ reporter, using the killing of two Israelis by Palestinians, as an opportunity to publicly express Jewish supremacist views. Moshe Katsav later went rambled on to the reporter, that it was terrifying to realize how much hatred the Palestinians harbor against Israelis, “for no reason”.

Shimon Peres – The Ninth President of the State of Israel

Shimon Peres became Israeli President in 2007 and lasted until 2014. Many still regard Shimon Peres as a peacemaker, the reality of his legacy is quite the opposite however.

Shimon Peres was the founder of Israel’s Nuclear program, he was also the first one to endorse Israeli settlement projects in the occupied territories.

“They [Palestinians] are self victimizing. They victimize themselves. They are a victim of their own mistakes, unnecessarily .”

Although he loved to preach to the media, of his hopes for a ‘two state solution’, Peres’s actions spoke louder than words. He would also – as quoted above – use any chance he could to advance the image of Israeli’s, morally and intellectually, attaching the notions of Arab stupidity and Palestinian inferiority. His rhetoric was not as vicious as those before or after him, but his actions however were perhaps worse.

Reuven Rivlin – The Tenth President of the State of Israel

Reuven Rivlin is the current President of the State of Israel, taking the position in 2014.

The current President of Israel, who’s Prime Minister is Netanyahu, seeks to annex the West Bank and currently works to undermine any peace effort. 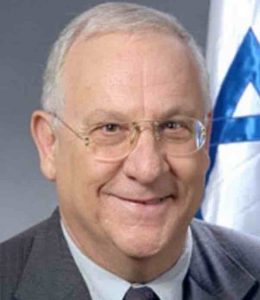 Along with his calls, to absorb the West Bank into the state of Israel, the President of Israel has made it clear, his stance on Palestinian refugees. The Israeli ‘Ynet News’, published an article in 2015, in which they quote Rivlin as stating the following:

“They call for the right of the return of refugees to Israel – something which is unacceptable for the consensus in Israel and which strikes at the very heart of this issue.”

Without going into his character in too much detail, the current President seeks the end of the Palestinian people. Reuven Rivlin aims to annex the West Bank, has overseen the US recognition of Israel’s Capital as Jerusalem, takes a firm stance against refugee return and currently refuses to act as the Gaza strip is in a declared state of emergency.

With such criminal and obnoxious consistency, is it perhaps correct to assume that Israel’s highly regarded and symbolic figures (its Presidents), somewhat reflected/reflect the country’s attitude and/or opinions? 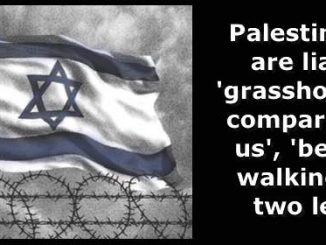 In Their Own Words … Was Every Israeli Prime Minister a Racist?

Israel Plans To Ethnically Cleanse 7,000 Palestinians From One Town In East Jerusalem 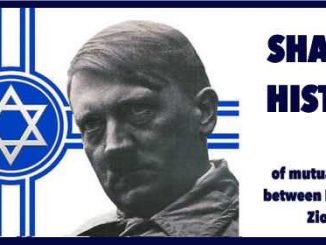