ER Editor: Robin Tilbrook, lawyer and chairman of The English Democrats, assesses the evidence so far for the UK government having acted out of calculation over its handling of the virus crisis over a number of weeks, not panicking on the spur of the moment as many have been led to believe. Of note:

It would seem that the illusion of panic was the cover story for implementing what had already been planned since at least January.

“LOCKDOWNS” – CLUELESS PANIC OR CUNNING PLAN? THE EVIDENCE STACKS UP!

With the British Government’s latest doubling down on Lockdown, it is worth remembering that back before the 13th March, this Government was making reassuring noises that Coronavirus was not going to be unmanageable. There was talk in the media of “herd immunity” and of taking the minimum precautions necessary to make sure that we can carry on as much as possible just like Sweden has done.

Boris was then reported as having had a row with Priti Patel, Home Secretary, because she wanted to have genuine quarantining measures to stop people coming into the country from destinations where the Coronavirus seemed to have become quite widespread (such as Northern Italy and Wuhan Province!).  Boris was reported as angrily refusing to agree to any quarantining measures.

Later the Guardian reported that between the 1st January and the 23rd March, the Government had allowed over 18 million international travellers to come into the country without any checks or restrictions and also without being tested.

Then also the British Government was saying that big public events, like the Cheltenham Horse Racing Festival and football matches and other sporting and musical events, could carry on. That was all up to the 13th March. On that Friday the thirteenth, the Government publicity went from don’t panic to full panic!

As I explained in my speech on the 19th September at the rally in Trafalgar Square, there are a number of inconsistencies with the narrative that the Government panicked rather than planned.

You can find my speech here if you haven’t already seen it:

(ER: We’re not sure why, but this video shows Robin Tilbrook speaking but with only mood music being heard.)

In particular, I was saying in that speech that the persistent discrepancies between what was being publicly announced about restrictions and what the law said began on Day 1 with Boris’ announcement, on the 23rd March, that he was locking down the country with immediate effect, when he had no legal power to do so at all.

The Government then produced a nearly 370 page draft Bill (which must have taken weeks to write), which became the Coronavirus Act 2020.  They rammed it through Parliament, without Parliament having a chance to scrutinise it.

Almost immediately after getting the Coronavirus Act through, with its extraordinary wide-ranging ‘Enabling Act’ powers, allowing Ministers, by diktat, to re-write the Law, the Government produced its Regulations under the Public Health (Control of Diseases Act) 1984.

Therefore they clearly didn’t need to panic Parliament into passing the Coronavirus Act!

They also did not need to get Parliament to pass that Act for an even more striking reason: there was already an emergency powers act on the Statute Book! The Civil Contingencies Act!  They could have easily activated these powers simply by declaring a ‘State of Emergency’.  The consequence of that, however, would have been that Parliament retained the right to supervise what the Government was doing.  There would therefore have been public debate on what regulations and rules the public were being subjected to.

There are other discrepancies from the Government’s narrative, which is that they were panicked into last minute panic measures in order to tackle the global pandemic. This narrative now appears increasingly threadbare, given the glaring lack of huge numbers of deaths caused by the Coronavirus. This has caused the Government to need to try to bump up the figures by providing figures for deaths from “Causes associated with Coronavirus”, rather than deaths caused by it.

The British Government also hugely increased the numbers of dead by NHS England on the 19th March by ordering the elderly “bed-blockers” to be discharged from hospital and compulsorily put into old people’s homes, even if they were known to have Coronavirus, thus deliberately or recklessly spreading the disease to our old people’s homes in England!

The narrative of panic (rather than cunning plan) was also undermined by the fact that the Government got Ofcom to order the mainstream media not to report “contrary narratives”.  The Free Speech Union is bringing a Judicial Review of this, which you can read about if you follow this link >>> https://lockdownsceptics.org/2020/06/23/latest-news-63/

Now we have a further piece of the jigsaw (which adds to the idea that the Government was planning, not panicking).

It has now come out that the Government entered into the largest advertising deal ever entered into by a British Government. This was signed off on the 2nd March and was to manage the Government’s communications strategy to sell Lockdown to the public.

In my view, it is highly significant that this deal was signed off on the 2nd March, as anyone familiar with Government contracting processes would know that negotiations would have started many weeks before.  It follows that the Government was planning much of what it has since done with Lockdown, by the latest in the middle of February, and probably at least six weeks earlier – i.e. in mid January – despite telling us the opposite!

There are still big pieces of the jigsaw puzzle missing to fully understand what the Government was up to, but as time goes on more will become known. I suspect that when awareness of what has happened, and what destruction to our economy, liberties and life chances, becomes widespread, then public anger will grow into an unquenchable rage!.

Below is the Telegraph article giving us this highly significant fact.

I would observe that I think the Telegraph writer misunderstands the significance of his information. He thinks it reflects on whether the UK was too slow to enter the national Lockdown, rather than of it being strong evidence that the Government was implementing a “cunning plan”.

What do you think?  Here is the article:-

Ministers struck a  deal worth up to £119m with one of the world’s biggest marketing companies for a Covid campaign three weeks before the country went into a national lockdown, official filings show.

The Cabinet Office signed the contract with London-based OMD Group, a subsidiary of US ad titan Omnicom, on March 2  – the same day Prime Minister Boris Johnson attended his first pandemic-related Cobra meeting – as the Government began to gear up its response to the crisis.

Although the UK did not go into lockdown until March 23, the outline of its communications strategy appears to have been agreed weeks in advance.

The agreement referred to three “tiers” of messaging that the Government wanted to get across to the public, including telling people to “Stay Home, Stay Safe”, reminding them to wash their hands regularly and promoting healthy lifestyle habits during periods of isolation.

The price tag of the pandemic information campaign dwarfed the £46m the Government spent on its “Get Ready for Brexit” campaign at the end of 2019, which it billed at the time as its biggest advertising blitz since the Second World War.

According to details published on the Government’s website, the contract said: “The outbreak of Covid-19 in the UK requires a significant communications effort including through mass marketing channels to provide clear instructions to the public about actions to take to protect themselves and their communities.”

OMD was tasked with buying media space regionally, nationally and internationally across a range of different platforms, including in print and broadcast and on social media sites such as TikTok and Snapchat.

Despite the huge outlay in anticipation of a major push of health and economic messages, the Government still had not closed schools or banned mass gatherings at large events, such as football matches, to control the infection rate at the time the deal was struck.

This heavy spending on advertising weeks before politicians moved the country into lockdown could be used as ammunition by critics who claimed Britain was too slow to follow its European neighbours into a full shutdown.

More than half of Britons believed the UK was too slow to enter a national lockdown, according to an Ipsos poll published in April. Critics have since claimed that acting earlier would have allowed restrictions to be loosened more quickly, ultimately boosting the economy.

The Government is under mounting pressure to disclose details of billions of pounds handed over to private companies for contracts related to its pandemic response, with campaigners threatening legal action if it does not improve transparency.

Vast sums have been spent on contractors tasked with securing PPE, helping to build the Test and Trace system and delivering emergency lending programmes for businesses, and there are calls for ministers to show that taxpayers got value for money. 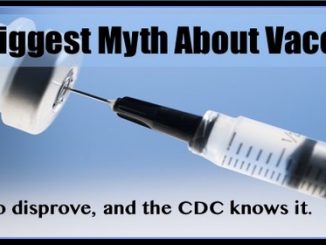 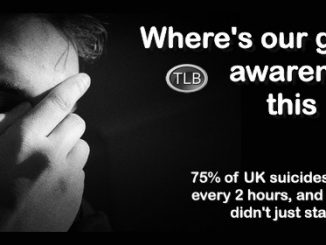 Male suicide rate is a ‘stain on our society,’ campaigner tells RT as UK sees new death every 2 hours