The Left’s attitude to IQ epitomizes its irrational, contradictory, self-serving, anti-science world view. At one moment, IQ tests are biased against blacks, IQ tests don’t measure anything meaningful, and there are different and equally important kinds of “intelligence.” But when a 4-year-old black girl living in the UK has an IQ of 140 and is the youngest person ever to join UK MENSA—how much higher would it be without all the “stereotype threat” she has to cope with?—then she is a “genius” with “superior general intelligence”. [4-Year-Old Girl Labeled a ‘Genius,’ Scores 140 IQ, by Jasmine Washington, Ebony, March 14, 2019] Similarly, the same contradictory thought system surfaced recently with the publication of some truly ground-breaking research on the Ashkenazi Jews. 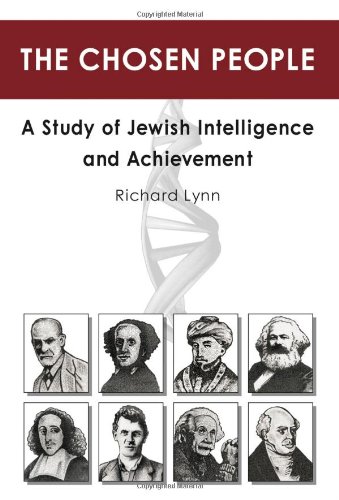 Ashkenazi Jews—Jews whose ancestors settled in Eastern Europe—have the highest average IQ of any race in the world, estimated to be about 112, 12 points higher than white gentiles. As far back as 1938, a study noted the Ashkenazis’ outstanding levels of intelligence and especially their high linguistic abilities [Der Gegentypus, by E.R. Jaensch] and studies have continuously replicated this ever since —see The Chosen People: A Study of Jewish Intelligence and Achievement by Richard Lynn. Their high average IQ means that Ashkenazi Jews are and have long been massively over-represented in high-status professions. For example, Jews are overrepresented among Nobel Prize winners by a factor of 8:1. And this has often led to vehement resentment from the host population. But precisely why Ashkenazi IQ is so stratospheric has remained unclear…until now.

In his book The Chosen People, Richard Lynn assumed that the reason for Jews’ outstanding IQ was genetic. He proposed, in particular, that Jews were historically forced into specific cognitively-demanding professions, such as usury and banking, meaning that less-intelligent Jews tended to drop out of Judaism and marry into the surrounding gentile population. In addition, Lynn argued that the frequent pogroms to which Jews were subject in Eastern Europe would have been “selection events” which would have selected for correlates of IQ such as future-orientation, social skill, planning and simply the wealth needed to escape. Thus, Lynn argued that, even though Jewish IQ was high before the Holocaust, it was probably even higher afterwards.

His critics, however, propose environmental explanations for Jewish high IQ: a religion that encourages literacy, combined with key cultural values such as diligence. Clearly, these environmentalist explanations were question-begging because “diligence” and being interested in intellectual matters are both caused by high IQ. But a new study means that these explanations can finally be laid to rest in the graveyard of failed theories. Led by Curtis S. Dunkel of West Illinois University, this study has proven Lynn correct: the high IQ of Jews is caused by genetic factors. [Polygenic Scores Mediate the Jewish Phenotypic Advantage in Educational Attainment and Cognitive Ability Compared With Catholics and Lutherans, by Curtis S. Dunkel et al., Evolutionary Behavioral Sciences, 2019]

The study, whose authors include the dysgenic intelligence researcher Michael Woodley of Menie (see At Our Wits’ End: Why We’re Becoming Less Intelligent and What It Means for the Future, by Edward Dutton and Michael Woodley of Menie, 2018) and the controversial Danish race and intelligence scholar Emil Kirkegaard, draws on the Wisconsin Longitudinal Study, in which Jews are compared to whites—specifically Lutherans and Catholics—on IQ.

Dunkel’s team compared these to these groups’ recently released “polygenic scores” on IQ and educational attainment—in other words, the percentage of each group that carried the form of a polymorphism (an allele which takes a variety of forms) that is associated with very high IQ. They found that the Jewish advantage over the two white groups was “partially mediated” (i.e. “partially caused”) by the fact that a higher percentage of Jews carried the polymorphism that was associated with very high IQ.

In other words, Jews have higher IQ than whites, in part, for genetic reasons: Ashkenazi Jews are congenitally more intelligent, on average, than white people.

Different parts of the IQ measure different cognitive abilities. These abilities correlate with the g factor to different degrees. So, for example, mathematical ability is a better measure of g than is verbal ability.

Scores in these different cognitive abilities vary in how genetic they are, but g is strongly genetic: about 83% heritable. [Dysgenics, by Richard Lynn] Some people will have different IQ scores because they vary on weakly g-loaded cognitive abilities, meaning their score differences are likely due to environmental factors. But when you compare Jews to white people, then the differences are on g, and so on the most genetically-influenced parts of the IQ test.

So the question really is settled. Jews are smarter than whites for genetic reasons. And this fits with research by Italian anthropologist Davide Piffer, which I’ve reported on before, which shows that all race differences in IQ are for genetic reasons—because these differences are strongly associated with the percentage of racial populations that carry polymorphisms associated with high IQ.

Dunkel’s team’s findings are a problem for the anti-Truth Left because they create “cognitive dissonance” [A Theory of Cognitive Dissonance, by Leon Festinger, 1957] by causing them unconsciously to realize that they hold contradictory beliefs:

The solution for one Tweeting SJW, David Byrne, was to come down on the side of “race differences in IQ CANNOT be for genetic reasons” and to smear, from this perspective, the research as a revival of “race science with newer words”.

Another was to criticize the sample size, which was low in some cases. However, the findings, in terms of indicating that race differences in IQ are mainly genetic, were congruous with those of others, such as David Piffer, and, anyway, the team have replications in the pipeline, as they stated.

Another tactic was to scream “pseudoscience”:

But the Lance Welton Prize for SJW Scientist Cognitive Dissonance simply has to be awarded to “archaeologist” Scott MacEachern for his masterful refutation of the Dunkel et al. study:

“You and yours would have been dancing around the fire when Boas’ books were burned in Germany in the 1930s”.

Evolution has made Jews more intelligent than white people. Race differences in IQ are genetic. And in that IQ is strongly genetic and races are genetic clusters.

Anti-science, but why would anyone even doubt this?

That’s a subject for another column.

Lance Welton [Email him] is the pen name of a freelance journalist living in New York. 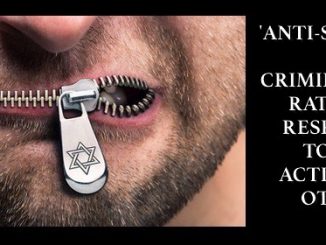 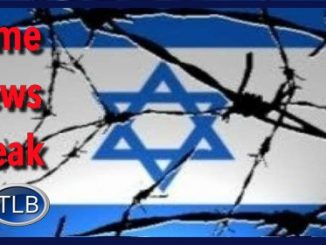 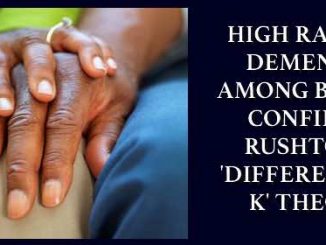