Palestine with its wonderful rolling landscapes and venerable old olive trees, – some of them planted by Mary’s own hands, by the Virgin, Mother of Jesus Christ, the Palestinian peasant woman who owned a plot of olive orchard near present Cremisan Convent in Beit Jalla, still bearing Her name; Palestine with its sturdy mountain folk, lean, sun-tanned and blue-eyed, my second- or perhaps first homeland, where I write these lines, Palestine is also a rare place in the world where people are not

My Palestinian friend, a retired chemistry professor Ghassan Abdulla – we became friends years ago while trying to promote the idea of One State for all the inhabitants of the Holy Land of whatever faith, the idea universally accepted all over the world, certainly in your country be it the US, UK, Russia or France, but still considered extremely radical here – Abdulla often receives visitors from Germany and Austria as his wife hails from the German-speaking part of Switzerland. These guests look shocked whenever they hear the word “Jew”, especially with a negative connotation, like “The Jews do not allow us to have water” or “The Jews do not allow us to use the airport”, “The Jews declared a siege and we can’t go to the church”, “Jews shot at the kids at the crossing”, and so many similar sentences all too frequent in the country where the Jews rule, and the Gentiles obey or die. The German guests are instinctively looking for a bed to crawl and hide under. If they find to escape route, they mumble “Surely not all the Jews”, or “We love Jews”, or something equally silly.

The US occupation army in Europe instilled terrible fear of Jews in European hearts and minds. This fear was known before: the Gospel is a witness that people were afraid to speak openly of Christ “for fear of the Jews”. Since then, the fear only grew and multiplied. And provided such fear exists, it would be strange if it weren’t used. 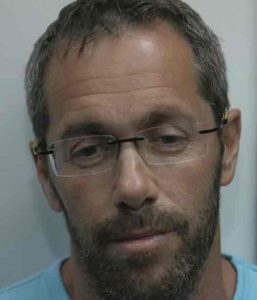 The Austrian elections of last Sunday are a prime exhibit. During the election campaign, the ruling Social Democratic Party of Austria (called SDO for short) imported an Israeli dirty-tricks master, a macher in Yiddish, Tal Silberstein (pictured), to besmirch its adversary Sebastian Kurz (pictured below, left). Silberstein established a Facebook page in the name of Kurz and posted there strong anti-Jewish diatribes, he organised a FB group of Kurz fans and posted there hard-core Nazi slogans. The idea was that the Austrians will get cold feet and run away from Kurz.

Kurz figured this out and asked the Facebook moderators to stop it. Usually you do not have to ask FB twice to stop Nazi stuff. And a false identity claim usually gets sorted out in a reasonable time. Here, however, Mr Zuckerberg and his minions tarried a while, reluctant to undermine Silberstein’s outing of an antisemite. Kurz was lucky as Silberstein had been arrested in Israel for corruption-related offences. After that, FB unplugged its ears and removed Silberstein’s created pages and groups. This was sheer luck: if he were arrested elsewhere, he would be considered a victim of antisemites, and his nasty web would remain intact.

This Silberstein has quite a name to fit the Hall of Shame: an expert in Black PR, he had been previously connected with bribery-related offences when he ran the campaign for Mrs Julia 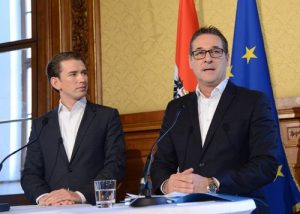 Timoshenko, a Ukrainian politician. She went to jail, and he went to Israel. In Austria, he had a go of misfortunes: hackers released his correspondence with the SDO, his plans became known to public, the SDO leaders had to stand down and SDO had lost the election.

So the attempt of Silberstein to frame Kurz as an antisemite had failed, up to a point. He anyway continued to smear another Austrian politician as a Jew-hater. That was the FPO leader Heinz-Christian Strache (pictured with Sebastian Kurz). The end of the story may comfort us: the Austrians preferred these two parties, Kurz List and FPO, despite the alleged antisemitism, and punished SDO, the kosher party.

However, before celebrating, let us see the downside of this wonderful event. In order to extricate themselves and their parties from the Jewish smear, the two leaders swore loyalty to Israel. They went (separately) to Israel, took a photo-op with PM Netanyahu and at the Holocaust memorial, they spoke endlessly how much they adore and appreciate Israel.

The antisemitism accusation is a win-win proposition for Jews. If a politician doesn’t do what the Jews want, they call him antisemite, and he (a) does what they want, and/or (b) swears fealty to Israel. In case (a), he is a liberal; in case (b), he is a nationalist. In both cases, Jews win.

And the Palestinians lose. They are locked up behind a high wall; they can’t leave, and the Jews drive in whenever they feel like it, to snatch a man and kill him, or drop him into their nameless gaols. From time to time, the Jews take over a hill or a valley and build a gated community just for Jews. They take water, they take fields. If the Palestinians build themselves, say, a power plant, Jews bomb it to smithereens. Because, they say, the Palestinians will be able to use electricity to make weapons and kill Jews. It is better for Jews to sell them electricity: the EU pays for some of electricity, the PNA pays for the rest, and the money goes to Jewish pockets while the power switch remains in Jewish hands.

Can you read the previous paragraph without feeling acute discomfort? If not, you are also a victim of antisemitism hunters. I am not fond of Jew-haters, but these antisemitism hunters are worse, much worse – because they cause real, not imaginary, damage. 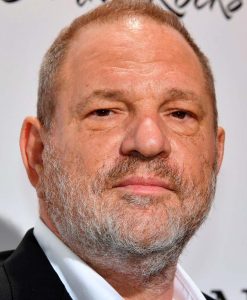 Look at Weinstein, the Hollywood wanker – he is a typical antisemitism hunter, dreaming of killing goyim like in his Basterds, or screwing shiksas in real life. He called for “kicking the ass” of the enemies of Jews, to organize “like the Mafia did”, though these guys could teach the Mafia a lesson or two. He forced Gentile girls to have sex with him because he was a simple Jewish boy from the Bronx who dreamed of revenge, wrote the editor of the Jewish Tabletmag.com: “It goes without saying that nearly every one of these women — was a Gentile, all the better to feed Weinstein’s revenge-tinged fantasy of having risen above his outer-borough, bridge-and-tunnel Semitic origins.” At the Algemeiner‘s gala in New York City, Weinstein declared, “I love Israel, I love what it stands for, I am proud to be Jewish. I am an Israeli in my heart and mind.”

Whenever a Palestinian child is killed, whenever an olive tree is uprooted by Jewish bulldozers, Weinstein and Silberstein are accomplices of the crime.

Now in England, there is a terrible witch-hunt for antisemites in the Labour Party. The idea is to destroy Jeremy Corbyn, to return the party to the people of Blair and his Jewish paymaster Mandelson 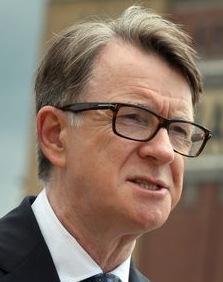 (pictured), who said, “I try to undermine Jeremy Corbyn ‘every single day” with their antisemitism allegations. Corbyn is doing everything to cover himself from this side. Good people, strong activists had been expelled for very little reason if the Jews demanded their heads. Even an old Professor Moshe Machover, an academic and Israeli socialist, long resident in the UK, had been expelled from Labour for this was the command of the Israeli ambassador in the UK.

The US is the worst case of fear of the Jews. The Americans are so afraid of Jews that they express their servile love for Jews at every occasion. Not in private, no. I had met with some American dignitaries; whenever they thought they were not being listened to and recorded by the NSA, they spoke quite freely of being locked in the Jewish vice. But in public, they would never say anything against the Jewish will. I know only one congresswoman who dared, Cynthia McKinney. She lost her seat, but she won hearts. A person of colour, as you say in the US, she is the whitest one.

Now consider Donald Trump. From the very beginning of his political career, every day or twice a day he says he is not an antisemite. And he is getting more and more attached to Israel in order to prove it.

He is doing everything for Israel. He stormed out of UNESCO because they are not obedient enough to

Israel – though they even broke their own rules to elect the French-Moroccan Jewish woman as their head in order to please Trump and Netanyahu. He destroyed the nuclear accord with Iran because that was Netanyahu’s demand. And still, every day the Jews scream that he is an antisemite. (Today, as I write these lines, they call him ‘antisemite’ because he advised Senator Chuck Schumer to check with Israel on his attitude to the Iran nuclear accord.)

Together with Netanyahu, Trump prepares now an inter-Palestinian civil war, or at least he blocks the Palestinian way of democratically sorting out their internal problems. Since 2006, the Palestinians have been split between Fatah and Hamas. Now they want to form a coalition government and run proper democratic elections like they did in 2006. Israel is surely against it, as they are against every attempt to stop bloodshed in the area. The Jews want more war anytime – from the Iran-Iraq war to the War on Terror to the Syrian war, they are always for war, but especially the Jews want a Palestinian civil war. And here the US comes in, by saying that Hamas are terrorists and the US will block PNA in the US courts and banks if they accept Hamas.

The only way out of it is to desensitize people to the antisemitism charge. That is why I welcome certain pugnacious publications on the Unz.com and elsewhere, for even if not perfectly fair, they still help to desensitize the reader.

Good Jewish activists suggest moving in the opposite way. “Fight antisemitism, do not give it an inch, – they say, – Antisemitism is counterproductive”. There are good Jewish activists, for sure. For instance, Philip Weiss or Norman Finkelstein. And from time to time, they give a salvo on suspected antisemites, like the Israeli writer and musician Gilad Atzmon. I do not want to argue with them, for they are doing good work – until they join the fight with antisemitism hunters. It is perfectly ok to dislike this or that anti-Jewish sentence or slogan; moreover, it is unavoidable for criticism of Jews has many faces. But there is a distance between disliking and actually joining with Netanyahu and Weinstein.

The souls of Gentile politicians are so fragile, they are so scared of Jews, that it is better not to traumatize them by suggesting that there are some evil antisemites to confront. Every lost Jewish vote will be well compensated by the votes gained. It is the right time to get rid of the Jewish yoke, especially when this yoke is a purely psychological block.

If you remember that, we shall free Palestine; and if you won’t, the war is inevitable.

Israel Shamir can be reached at [email protected]

This article was first published at The Unz Review on October 18, 2017 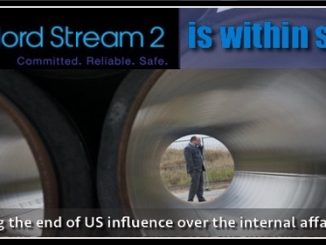 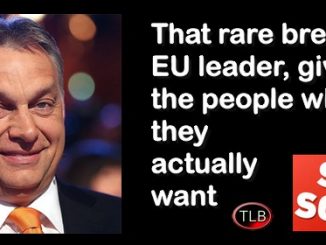 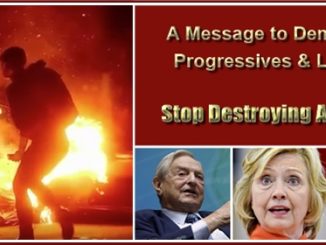